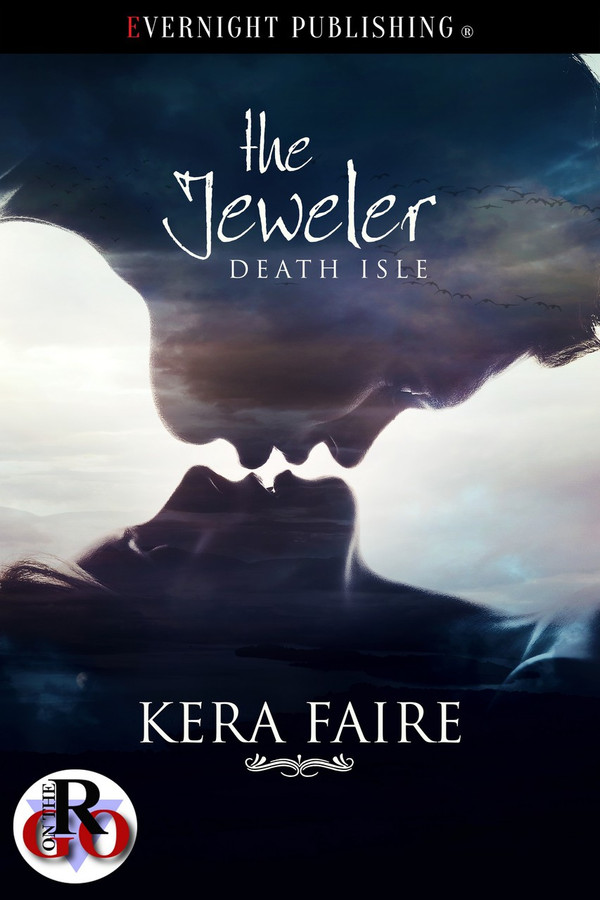 Kirsten thought her life was over when she met Mac, ‘the Jeweler’, a government-sanctioned dispatcher. Instead, it was just beginning.

Admittedly, being kidnapped, tied up, and tortured with sexual pleasure might not have been the best beginning for a relationship, but their instant connection couldn't be denied.

There was only the not-so-small matter of Mac’s job to consider. He couldn't possibly condemn Kirsten to a life lived in the shadows, because there would never be a chance of escape. The choice had to be hers to make...

“Nice tits,” he said with a gravelly laugh. “I’m looking forward to seeing if the rest of you matches up.”

“Fuck off.” Lord, was he going to rape her? Well he could try but sod what any of the self-defense manuals said; she’d fight him all the way.

His grip on her wrists tightened and he somehow managed to edge a knee between her thighs so his denim clad leg brushed her pussy. “That, sweetness, will guarantee I wash your mouth out if you don’t behave. Swear words are a sign of a lack of vocabulary and imagination.”

The way her body thrummed, it might be the former but certainly not the latter. The gush of liquid that coated her skin was an indication of that. How on earth could she be turned on? Kidnap and torture books weren’t her thing, let alone it happening in real life. Why then did her nipples stand out so much and the throbbing pulse between her legs go from normal to frenzied in three seconds? She gulped as her captor stared at her boobs and the hardness became unbearable.

He laughed, bent his head and bit her nipple though her thin top.

Shiiit. Oh god oh god oh….lord that’s good. Hell, her grannie would skelp her ass for taking the Lord’s name in vain, especially over something like this.

After a swift glance at her face, he’d shaken his head. “Don’t say you’re not up for it, these don’t lie. I bet if I put my finger on your clit you’d come right now. Soak my hand and beg for more, eh?” He dipped his head once more and alternately nipped and sucked the nubs and surrounding skin, while all the time he rubbed his knee over her cunt.

“No coming until I say so, sweetness, and after this stunt you’ve pulled, don’t expect it to be anytime soon. You owe me.”

What? Did that moan of disappointment really come from her? What stunt? He surely didn’t think she’d got separated from Emma and lost in the fog on purpose did he? “I er…” Lord, why wouldn’t her mind work?

He chuckled and it wasn’t a nice sound. Kirsten realized fear began to overtake arsiness and she bit back the next automatic retort. Plan and plot. When I know what I’m planning and plotting against, apart from a shit hot, bloody scary bloke. And maybe not cuss? She didn’t fancy her mouth washed out and something about the guy told her he didn’t make idle threats. She wriggled experimentally to see if she any independent movement. As she thought, she didn’t.

“Ohh, poor baby, are you on the edge then?” That hot as hades caramel and chocolate voice went on. “Waiting for permission to come? Hurts, doesn’t it? Ah well, serves you right. You dragged me away from a blonde bombshell and left me with a dick hard enough to chop logs.”

She shook her head. Who was he to say such things? More to the point why was she so bloody wet she’d have to wring her thong out?

“Fu…” Kirsten remembered her thought that maybe tempering her language might work in her favor? It was worth a try. “Go away.” She did her best to move her hands and before she had time to react he’d lifted his body off her just enough to loop the hand ties over something and she couldn’t move them. Then lord help her, he’d undone her ankles, spread them, and tied them so her legs were apart. Thank heavens for jeans. Denim might chafe a sopping pussy, but it was better than having the evidence on display.

He stared at her for a long moment, and unexpectedly softly drew his finger down her cheek, over her neck and across the swell of her breasts, just above the neckline of her shirt. “Come on, play ball here, sweetness. Because there will be no coming until you tell me who you are, and what you’re doing here.”

He slapped her cheek gently. “Tell me what’s going on and I’ll fuck you five ways to Friday if that’s what you want. And let you scream. Otherwise you can stop as you are. Makes no difference to me.”

She cleared her throat. “I need a pee.”

He raised an eyebrow. “Then unless you want to wet yourself you better fess up and fast.”

Kristen, lost in the waters in a row boat thanks to a bet she’s made. Unfortunately for her the boat drifts in the wrong direction and she is kidnapped by a mystery man. One who pisses her off and also has her all hot and bothered. Mac is furious that he has been dragged out of bed, in the middle of an erotic dream, to go see what set off the security alarms on the island. He never expected to find a beautiful woman. So he does what he knows best. He knocks her out, ties her to a chair and waits. But when she wakes up she is pissed. She has no idea where she is or what she did to end up in the situation that she is in. While they are in the tent Mac builds, he does what he can to get Kristen to tell him why she was heading towards the island, and she does everything she can do to get away. The attraction is there but do they want what the other does. When she wakes up and she isn’t on the island anymore she wonders if it was something she had dreamt. But was it, and when her brother makes references to Mac will she decide to keep those memories or will she go get lost in the waters again.’ This book, and this series, is a break from the type of books I normally read yet I find myself enjoying them. The series is probably considered to most people a ‘dark’ type of book and while that can be true I’ve not found them to be as extreme as some books I’ve read in the past.

Ohhh, this book!!! This book!! It&#039;s hot, it&#039;s dark and I loved it! Kirsten gets lost on the Island and Mac is the one who finds her. The attraction is instant between them and while some may say this was non consensual, it did NOT come across that way to me. I love it when a book just draws me in from the first page and doesn&#039;t let go until the end. This was a short but very hot and steamy read. Can&#039;t wait for the next one in this series!!

There is nothing more exciting than when your favorite authors release a new book, so when Kera Faire, (Raven McAllan&#039;s altar ego) offered up a review copy, I was on top of it so fast I&#039;m sure I left skid marks. The Jeweler is the second book in the Death Isle series, and our non-hero this time is Iain MacMillan, or Mac. He&#039;s an ex-dentist who&#039;s also known as the jeweler. (All you knotty fans can put the two together and guess what kind of jewelry he makes.) He&#039;s friends with boss and mentor Darke, who we met in the last book, The Dispatcher. (A truly excellent 5 &quot;O&quot; read. One night, he&#039;s interruped while having a very hot dream by Milo. (Book 3 coming soon!) And my favorite part of the whole book is what Mac had to say to Milo when he was so rudely interrupted... &quot;F*#K off unless the island is sinking. I&#039;m in the middle of a c*^k hardening wet dream about a blonde German erotica author who&#039;s on her knees in front of me and saying she&#039;s mine all mine.&quot; Hmm, I just wonder who that is? Fans of Kera/Raven should be quick to figure it out. *grinning* Anyway, it seems that Kirsten has gotten herself lost. Fog has set in while she and a friend are trying to canoe to meet up with her brother. She ends up in Mac&#039;s hands. Mac decides to find out who she is and what she wants by any means neccesary. Oh yeah, you want to read this, if this were a hot pepper it would be right of the Scoville chart. This is a fun, sexy, sometimes dark, short read. And as usual, it&#039;s a not-to-be missed book that you&#039;ll read again and again. Just love it!!!

The Furnace Man by Kera Faire