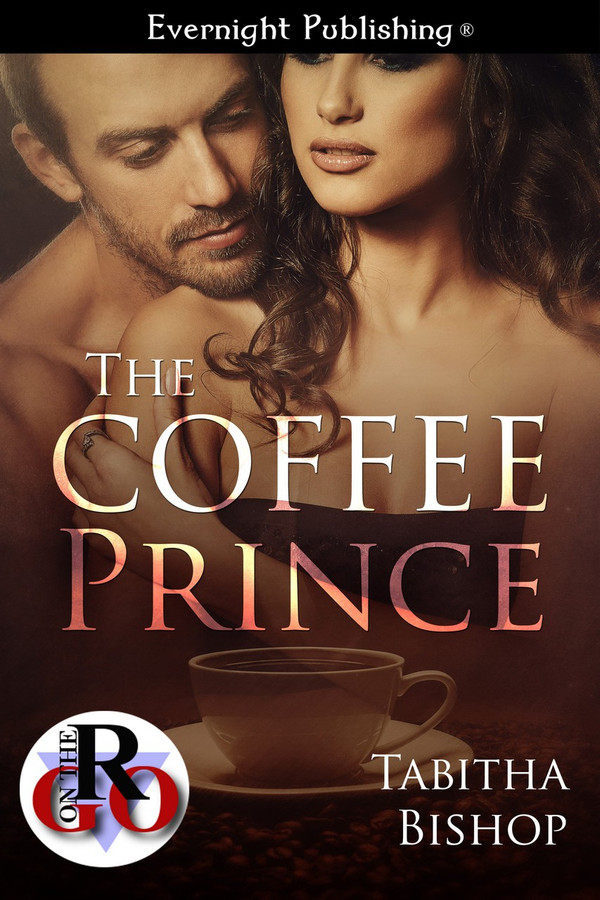 Bette had Devlin, an incredibly sexy boyfriend of two years, a wonderful house, and a future all planned out for the two of them. Then she picked up his phone and saw naked photos and texts from the other woman.

Tomas was just supposed to be her charming local coffee house barista, not the suddenly gorgeous man who sweeps her off her feet. He's been waiting for a long time for his chance and wants to keep her screaming his name in bed from dawn to dusk. Yeah, Tomas has some plans for Bette. And he has a lot of secrets.

Tomas was out of the car and held the passenger door for me when I turned back. I shook my head and carefully got in, taking the seatbelt buckle from him before he could act.

With a testosterone-charged controlled roar, the sports car pulled away from the curb. “I was surprised to see you.” He glanced over at me. I studied his large, beautiful hands on the steering wheel. The vibration of the car and his smoking regard of me was having a euphoric effect on me. My body felt already pierced by him, inflamed from my nipples down the juncture of my thighs. I’d never actually considered sports cars sexual until that moment. No wonder men love them.

He gave me a sexy, knowing smile, then shifted gears as the light ahead turned red.

“I’ve looked for you every weekend, hoping you’d come back.” He slipped on a pair of sunglasses and glanced over at me.

“I’ve been avoiding places I used to go with Dev. Too many memories, too much chance of running into him.”

Tomas reached over, took my hand from his lap, and kissed my fingers. “That’s a shame because I missed you.” He kept my hand, his thumb rubbing slowly across the back, making my whole body sing. “I want to take you to dinner someplace out of the ordinary. For us to start over as lovers.” He leaned over to kiss me.

“I’d like that.” I smiled, and he let my hand go to drive as the light changed.

He expertly navigated Houston’s expressways and neighborhoods, using my directions until he parked at the curb outside my house.

“Come in at least,” I said and hoped he wouldn’t disappear.

He glanced at his watch and looked up with a smile. “I’ve got dinner with family this evening, but I’d like to come in.” Before I knew it, he had opened my door for me and waited as I slid out again. I was trying to be so coordinated, so elegant, but he still had to reach out and catch my arm as I tripped on the curb.

He put his arm around me as we walked up the uneven sidewalk to Marcie’s old wooden bungalow and watched as I unlocked the door. The security system began to squeal, and I shut it off as he looked about the foyer.

“I’m going to have a glass of wine after standing in that line. Can I offer one to you?”

“Please.” He followed me into the kitchen and checked his cell phone as I surveyed our small stock of wine. There was a nice Malbec someone had given me as a birthday gift, and I opened it, pouring two glasses.

“Salud,” he said and lightly touched glasses with me.

“It is nice.” I smiled at him, and he took the glass from my hand, placed it on the kitchen counter, and pushed me gently against it. His hands held my face as he began to kiss me, first just a few brushes of lips, with the flavor of Malbec masking his own taste. Then he deepened the kiss and groaned, and I felt my nipples harden to the point of painfulness, and my lower body thrum with need.

In just a few moments, his hands slid down to my hips and gently pulled my blouse out of my skirt, and slipped up to cup my breasts. His fingers and thumbs caressed them and then began to pinch my nipples gently through my lace bra. His kiss deepened as his head turned, and his hands set fire to me.

His hands slid my bra down, and my breasts rose above the cups. He sighed. “So beautiful. So perfect.” He leaned down and tasted one nipple, and I felt it as my clit swelled. With the tip of his tongue, he teased and savored, then sucked my nipple into his mouth as one hand cupped my breast. With his other hand, he slipped up my skirt and cupped my ass, pulling me closer.

A taste of coffee…a lifetime of sin. Bette has a problem. Her boyfriend is a cheater but she is at loathe to accept it. A cup of coffee and her favorite dessert are hardly a substitute for her heartbreak, even with the sexy Tomas watching her with troubled eyes. When everything comes to light, Bette dumps Dev and struggles to come to terms with his betrayal. She is gutted, but this time when Tomas approaches her, she sees him a whole new light. Things aren’t always what they seem and this barista has a hidden side that will take her breath away. Tomas can’t stand to watch the man Bette loves take advantage of her. He keeps track of her, to the point of switching locations just to be near. When he has an opportunity to come to her rescue, he does and only then does he reveal his secret. This book was as sinful as a salted caramel mocha. Salty and sweet, with sexy interludes to keep you turning the pages. Tabitha Bishop’s first novella is a good read and I look forward to more work from this author. I won’t give away the secret to the book but it’s worth the time to find out and at a novella length, it’s a perfect read to go with that break time cup of caffeinated awesome. One thing I did notice was the author stopped just shy of the bedroom door when I wanted to sneak a little more than a peek into the more sensual side of this tale. More sexy time, Ms. Bishop. We want to you to make us crunch ice after our coffee. *grin* This was a sexy and fun read and I can’t wait for the next book. Bring on the coffee and the chocolate and if you happen to find a barista as hot as Tomas, I say keep him.

Claimed by the Bruin by Libby Bishop

Claimed by the Catamount by Libby Bishop

Claimed by the Wolf by Libby Bishop