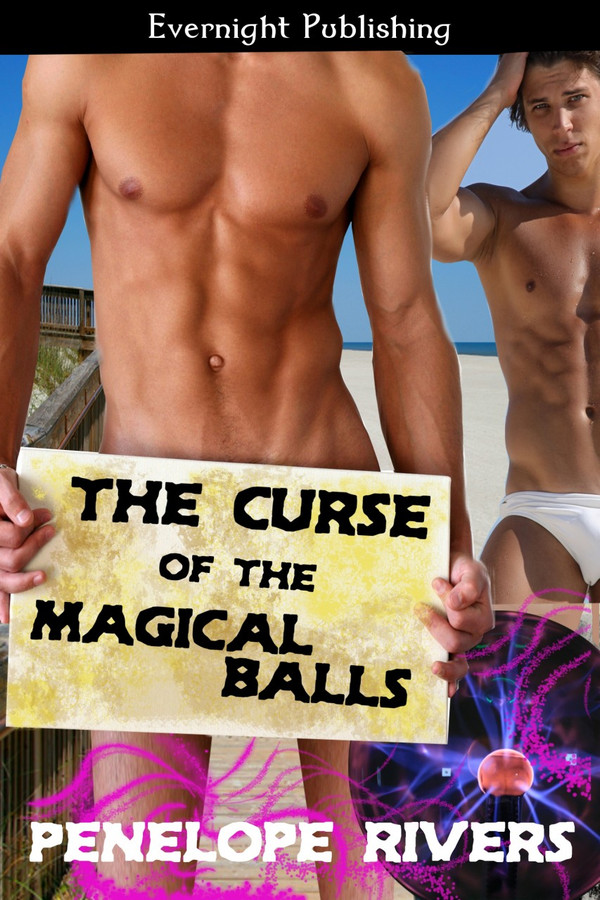 As the waiter came to deliver water, Derrick noted how fine the waiter's ass was, like two plump cantaloupes squeezing together. Just as he was examining the man's tight ass, Derrick made a sound out of the back of his throat and realized that he was being ridiculous. He was going to have to jack off for the fourth time tonight.

"Again?" one of his friends said, as he stood up and shielded himself with his hands. "How much water did you drink today?" Derrick scowled and then walked away.

When he reached the bathroom, he was relieved that nobody was in there. Last time, a man had been at the urinal, and he had had to stifle his groans as he jacked-off in the stall. It had been embarrassing as hell, especially when he had come with such overwhelming force that he had splattered white ribbons all over the bathroom wall. That was something that he had never done before.

He locked himself inside the only available stall and started to undo his pants. Already, his erection was full mast and was red, swollen, and dripping with pre-cum. He cursed Lucas and then ran his hand down his cock from top to bottom, imaging the way it would feel to fuck the waiter who was probably delivering the table breadsticks. He thought, I wish that he would deliver me his breadstick.

A moment later, he stumbled from the bathroom stall and nearly ran straight into Peter, who was standing outside of it with his arms crossed.

"Have fun?" Peter asked, smirking. "And I wondered why the hell you kept disappearing."

Derrick’s face filled with heat. This was more embarrassing than the time that Peter had pulled down his pants in the middle of his seventh grade pool party. On top of that, he knew that Peter was the type of guy who would never let him live this down. He was the class clown, the famous football running back, the guy that everybody knew and talked to. There was no way that he could keep his mouth shut.

"So do you normally jack-off for dessert?" Peter asked. "Or was this a special occasion?"

Instead of retaliating with a jibe, he saw Peter's face grow stony. This was unusual for Peter, Mr. I-can-take-any-joke-and-throw-it-back-in-your-face. Derrick went very still and wondered what he had said wrong. Peter was Mr. Popularity and had had a different girlfriend every day of the week since his junior year of high school. There was no way that Derrick’s comment could have hit too close to home.

"I have no idea what you're talking about. Why are you apologizing?" Peter said stiffly.

For the first time in his life, Derrick realized something about Peter: the way he looked disappointed and stuck out his bottom lip was positively sexy. His eyes were a dark brown and smoldered without even trying, and he had a pronounced chin and a light beard. He was very masculine and had nice shoulders and a great body from years of athletics.

Wow, thought Derrick, staring at him. Wait. No! No! No! Not Peter. I have no idea what the hell is wrong with me! Why am I thinking like this? But it was too late. The idea of Peter naked, his muscles glistening and gorgeous and tight, caused Derrick’s body to strain at his pants yet again. He felt hot in the face because he saw Peter's eyes drop low as he became engorged.

"Uh," Peter said. "Holy shit. I thought I had problems. How the hell did you not manage to get it up before?"

"It's because – because—" Derrick took a shuddering breath. "I'm going to tell you this because I don't know what else to do, okay? Nothing like this has ever happened to me before. I mean that – nothing."

"I swear to God, Peter," Derrick said, "tell anybody else, and I will cut off your balls."

After that, he expelled air. Peter stared at him. Derrick half expected him to laugh out-right, but he didn't. Peter didn't look horrified by his words, either. He had half expected Peter to be freaked out by the "I discovered that I was attracted to men" part of his statement. After all, the two of them had slept together in the same bed during slumber parties as children, and they had showered and dressed in front of each other later.

"I knew you were," Peter said after a moment. "Attracted to men, I mean."

Peter shook his head. "The number of times you made comments, how could I have not known? You even had celebrity male crushes. That's why I was giving you so much shit for going out with that bitch."

That chased his breath away. He felt insulted. He wasn't even sure if he was fully gay. Maybe he was bi. He crossed his arms, and visions of sexy naked men danced in his head. His cock went from half-mast to full-salute, and he swore loudly.

Peter was examining him. "Shit."

Once again, he retreated back into the toilet stall and tried to calm himself down by reading the writing on the wall. Clark is a bastard, one person had written. Tina is a nosy bitch, wrote someone else. It wasn't working. He could here Peter moving around outside of his stall, and it was making him hornier.

Peter, he thought. Peter with me. He could imagine the way Peter looked without his clothes on because he had seen the image so many times. The two of them had swum together in Peter's pool bare-naked the majority of their lives because that was the way that Peter liked it. He had refused to let Derrick swim in his boxers.

He imagined Peter dripping with water, his cock erect and pointed right at him like the world's sexiest come-hither sign. In response, he shuddered and groaned. Now he was aching again, and he had to reach down and finish himself off. He came on top of the toilet seat, and his cock had barely been flaccid for a moment before it already had the makings of another erection.

This isn't humanly possible, he thought. Outwardly, he groaned.

"There is no way that you can get hard again," Peter said. "That would be an inhuman possibility. Ever heard of sexual exhaustion?"

Peter continued to laugh, and Derrick crossed his arms, waiting for his next "big adventure." Already, he was getting an erection. He could feel it tickling the inside of his pants. Heat filled his face as he got embarrassed.

Peter laughed as Derrick continued to fantasize about him. At least now that Peter was being a total ass, he could feel less guilty about using him as fodder. He imagined Peter touching himself, Peter getting pouty, Peter being glassy-eyed. He was just getting to the finer points when Peter suddenly discovered something that he thought wasn't all that funny.

"Wait a second. You just said, ‘when I see a sexy guy around’," Peter said.

Derrick's eyes widened in horror. He had said that. Peter was putting two and two together.

"When I came in, you went in the stall and jacked off, right?"

Derrick paled and prepared to get punched. "It's not my fault, okay? I'm not in control. Look at me! Look!"

I seen this title in a facebook blog feed and it amused me to a degree I had to check it out! It was actually pretty good and I enjoyed it. It&#039;s a different curse to get hit with but it worked out great for the main characters! It&#039;s only a short read, a novella rather then full novel but with some funny and hot scenes as well as one scene that made you want to slap sense into the characters when they fight!

Getting Back to Dawn by Penelope Rivers