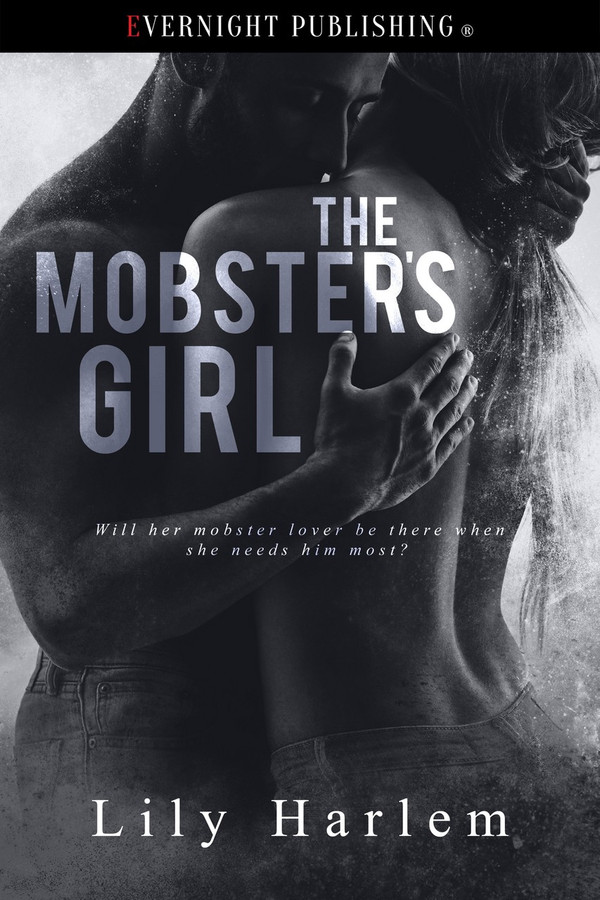 When the going gets tough, Beth Rammada has no choice but to get the hell out of Chicago. Her family is sinking fast and she's at risk of being used as bait to hurt her father.

But living on the streets of New York is no walk in the park, until that is, she's taken under the rather dubious wing of Roper Hermanus. He's rough and hard and likes it kinky, or so he says. But should she stick around and help her sexy new friend turn a few tricks? Or should she be running for the hills?

That is, until the biggest secret of all has to be announced to their families. Will Beth's life ever be the same again? Does she want it to be? And will her mobster lover be there when she needs him most?

“Right, girl,” she whispered. “Let’s get this done.” She tightened the towel around her breasts and pulled in a deep breath.

Stepping into the lounge area, she was greeted by the sight of Roper lazing on the sofa. In one hand he held a glass with the same size splash of brandy he’d given her and in the other a lit cigarette. He was watching some sport channel on the TV.

He glanced at her. “There’re clean clothes there. I reckon what you were wearing needs burning.”

“Not the jacket.” Hell, no. She needed that.

“Nah, that’ll wipe up okay.” He shrugged. “Don’t know if what’s there’ll fit, but it’s all I got to offer. Must’ve belonged to the last tenant…the one with the bath oil.”

“Thank you.” She looked at the small bundle. It appeared to be a pair of black leggings, a dove-gray sweater and a red t-shirt. Black socks sat on the top. They were big, but at least didn’t have holes in them.

“Feel better for your bath?” he asked, leaning forward and stubbing out his smoke in an overflowing ashtray. He sat back heavily and took a big slug of his drink.

“Much.” She smiled and sauntered over to him, sashaying her hips as she went.

He widened his eyes, but other than that didn’t react.

“It’s time to make you feel better,” she said, stepping between his legs.

No answer. Instead, he let his gaze drift down the towel she was hugging around herself that stopped just beneath her pussy.

She smiled, reached for a cushion and dropped it to the floor. “You’ve been very kind to me.”

“And now I want to be kind to you.” She sank to her knees and undid the top button on his jeans.

He hitched in a breath, his chest swelling beneath his turtleneck.

Beth gave her most seductive smile and fluttered her eyelashes. She’d only had one lover in the past, a guy she knew from college, and he’d told her she was good at sucking cock. Dating a Rammada had come with more baggage than he could handle, though, and one day he’d just stopped speaking to her. She wondered which of her cousins had gotten to him, or if perhaps it had been her father.

But Roper, he was different from a college jock. He was all man, nothing boyish about him. Would she be up to standard?

She dragged at his jeans. He didn’t help, but finally she managed to free his cock.

It was semi-hard; she’d soon change that.

Giving it a firm stroke—from his black, wiry pubic hair to the deep red, flared head—she felt blood rush to his shaft, making him harder. With her other hand, she stroked over the base of his flat belly. She’d been right…he was solid muscle. Goodness only knew how many hours he spent working out.

Tipping forward, she swiped her tongue over his slit. His cock twitched and thickened further.

He cleared his throat, and she looked up at him with the tip of her tongue on his cock end.

He bit on his bottom lip, and a muscle flexed in his jaw. He clenched his fists, pressing one harder into the sofa cushions, the other gripping his glass.

She opened her mouth and sank onto him, allowing his swollen cock to slide over her tongue. He tasted rich and musky, different than her other lover, who was all fresh cologne and shower gel. Roper was bigger, too, wider as well as longer.

He slotted his fingers into her wet hair.

For a moment, she stilled, not wanting him to move the damp strands and reveal her tattoo. But then she looked up at him, mouth full, and saw that he’d rested his head back and his eyes were closed.

She bobbed up and down, setting a steady pumping rhythm.

He was quiet and still, apart from the tension on her scalp where he held her. It wasn’t what she’d expected from a man like him, but she was happy to take an easy, less frantic pace. As soon as this was over, she’d be able to sleep, and damn it, she was dog-tired. The thought of a warm bed was the biggest turn-on of all for her.

His cock grew harder still, and after a few minutes, the salty tang of pre-cum coated her palate.

He released a low moan and firmed up the grip on her head.

He was near to coming, she was sure. She clasped his root and worked that, too, picking up the pace. Her towel slipped, gathering over her knees and around her ass. She didn’t bother to move it.

She had him. In his world, at this moment, she was all that existed.

I LOVED this fast paced and oh so sexy erotic romantic suspense from Lily Harlem. It’s perfect if you fancy a quick, hot and down and dirty read! Mobster Roper is all alpha male and likes it hot, hard and rough, but has a heart of gold when he takes pity on Beth, a young homeless woman in New York and offers her a meal and a room for the night. Roper is willing to take all Beth offers him (what man could refuse?) in what starts off as a no strings attached arrangement. Neither are looking for a permanent relationship. For her part, Beth is profoundly grateful for his gifts of a hot meal, a warm bed and a roof over her head, after months of being destitute. The hot sex is a bonus she soon becomes addicted to. Roper is all man and introduces her to some mad, bad and distinctly addictive type of loving she can’t get enough of. So what if he is a bad man! Their no strings arrangement soon develops into something deeper. However, things soon come to a head as unbeknown to Roper Beth is on the run from a complicated and dangerous past. Beth has welcomed the anonymity of New York as she has needed to lie low for the benefit of preserving her own life and that of her family. This is all about to change… Beth discovers that Roper’s past and present is not as far removed from her own. Just how will Roper react when he finds out the truth about Beth and what she represents? Will he protect her or sacrifice her? I enjoyed the premise of the plot and Lily Harlem uses it to create a hero and heroine who find that they have lots more in common than they first envisaged. The lovemaking scene between them are scorching as Roper introduces Beth to his love of kink and hot, dirty and raw sex! Recommended for fans of erotic romance who love tales on the wild side. Please note that a copy of this book was given to me by the author for the purpose of a fair and honest review.

What would you do if you were raised in a world of privilege only to be thrown onto the streets. Beth isn&#039;t a rich girl anymore. Instead she is living on the streets, begging for her dinner, not sure if her family is in the same boat ... or worse. If you are looking for a clean and simple fairy tale romance, skip this. This is a gritty book about two people who live in a very real and very gritty world. If you are open minded, like a lot of kink, understand that people are formed by their upbringing, AND want a happy ending then this is the book for you. I love where Lily Harlem takes Beth&#039;s serious and dark story. One day she is quite literally starving and wondering if putting out is worth a meal. Less than 3 days later she is one step forward and two steps back. She&#039;s clean and eaten a few meals, but she&#039;s delivering warnings and falling for a man her family won&#039;t approve of. Oh, and did I mention the really HOT sex scenes? Definitely a must read.

Lily gives us a twist on a modern Romeo and Juliet story. Forced to flee her comfortable home Bethany ends up on the deathly cold streets of New York. HEr father has grassed to the feds and the other families don&#039;t like it. Plucked from the street by a kindly stranger, Beth finds herself in the company of the enemy. Roper is from the wrong side of the tracks - leading the family business. He takes pity on the bundle of rags in the shop doorway. An action that will have repercussions for both. I enjoyed this one from Lily and highly recommend it to all over 18.

On the run and down On her luck, Beth is living on the streets. A handsome stranger offers her a hot meal With no strings, however their chemistry leads to more. The plot moves along throughout with steamy bits strung throughout.