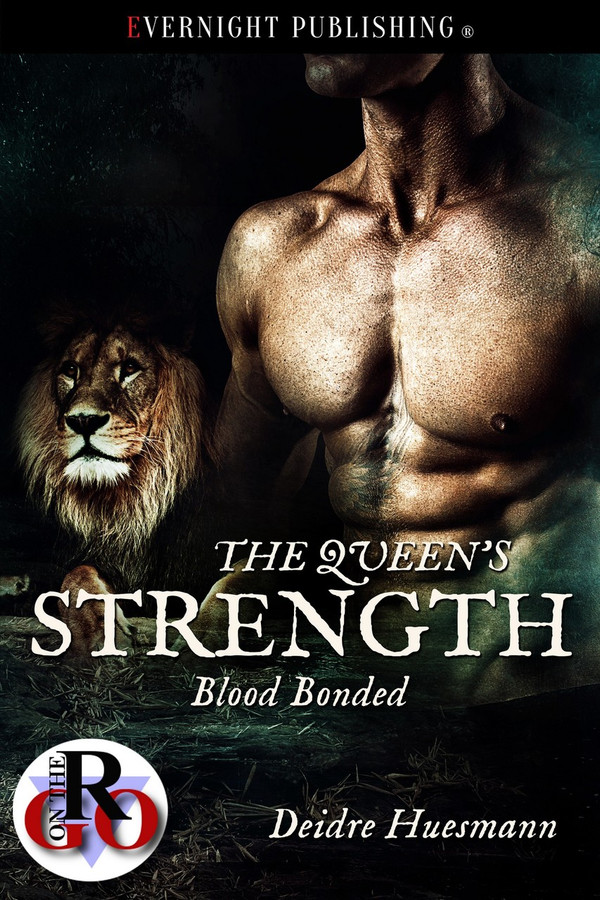 By the time Riker secures a meeting with the hawk shifters, the situation between his human, Val, and the rest of his pride has not much improved. Riker expects Val to make some concessions for shifters as he does with humans, and Val is hesitant when it comes to the one he wants most: having sex out in the open. She demurs, but Riker makes it clear it won’t work for long.

Then he shows up at her human workplace, shirtless and sexy and exuding so much confidence that Val nearly lets the barbell drop on her client. Riker is testing her confidence, testing her limits … and she doesn’t know much longer she can hold out.

The gym was her favorite place to be—or had been, before she’d discovered the alternatively delightful and heady space between Riker’s arms. Val loved the smells of sweat, cold metal, and sanitizer. They spoke of effort, of dreams, of determination that took more than physical strength to power through. Working out freed her, allowed her to push her limitations. Riker fulfilled much of that now. But no matter how much she loved him, no matter how feral she wanted to run when with him, being with Riker couldn’t replace Val’s need to push herself, to push others, to test limits that most human beings didn’t know they had.

When the usual buzz of gym activity gained a significant pause, she knew her day was about to get a hundred times more interesting than normal.

She did her best to ignore her surroundings and focus on her client. “Keep pushing, Krys,” she urged. “It’s not a burn if it doesn’t hurt.”

Her client groaned and pushed the barbell up again. Beads of sweat trembled down her arms.

Though she knew she shouldn’t, Val spared a look toward the door.

Riker stood at the front desk. It took so much for Val to remain rooted where she was. Even at this distance, her blood hummed with the song of their blood bond. His confidence rippling through the air in accord with the muscles beneath his flesh—subtle yet notable. He’d never bothered to put on a shirt before leaving the woods, it seemed, leaving his hard, cutting pectorals on display.

Val bit her lip. How absurd was she, that Lona inspired possessiveness, yet seeing Riker show off such a glorious body and cocky smirk to normal humans only made her proud?

Riker stepped closer to the desk, where the young lady manning it did her best to keep her head down and act busy. A pathetic front…

And Val couldn’t pay attention to her coworker, because Riker cast a glance her way. That half-cocked smile was almost enough to make her drop the barbell on her client, lunge, wrap her legs around him, and hump him until they were finished.

Riker gave the barest nod and a wink.

She raised an eyebrow. What in the hell is he doing?

He cleared his throat. The young lady started and flushed, apparently aware she could no longer ignore him. She looked up, expression a strange mixture of hostile and fearful.

Shit was about to go down.

Val drew a quiet breath and looked back to her client. “You’re doing great. You have a few more reps in you.”

“Not sure about that,” gasped Krys. She was slender, almost no tone at all to her body. That was why she was here—to add some cutting edge to her looks. Men might prefer another male trainer, but women who wanted gains came straight to Val.

Val gave her an encouraging smile. “Your arms aren’t shaking yet. Three more reps of four.” Please! Before I do my own set of reps on my shifter boyfriend.

The client nodded, let out a sharp exhale, and resumed her lift. Val counted aloud, perhaps a little too loud, because she was drawing curious stares from the few who were pretending the shifter in the room wasn’t there. Good thing Riker wasn’t an elephant shifter, or that pun would have been too glorious to keep to herself.

By the time Val’s client had finished and had been sent off to the showers, Riker had engaged the woman at the front desk. He appeared animated in stark contrast to the woman’s horrified, near-cartoonish grin.

Curiosity burned through Val like tight coils of live wire. What was he doing in the human fringe? Riker was no stranger to it, but he’d rarely ventured out since they’d met, and he had certainly never visited her at work.

Val set to wiping down her client’s equipment. Once that was done, she re-racked the weights, which brought her a touch closer to her secret boyfriend and his conversation.

“… will be beneficial to my friends.”

The girl at the front counter kept a stiff smile on her face. “As I said, we don’t typically get shifter interest. You’ll have to fill out the forms and be vetted by the owner.”

Riker’s lips thinned. “Olivia, was it? I wasn’t aware shifter money was filthy.”

“As I understand it,” he continued in a mild voice. “Any human can fill out the form, pay, and become a member. There is no vetting process.”

“Au contraire. Humans kill each other all the time.”

Val quit pretending to be busy and approached the counter. She folded her arms and stared Riker in the eye. “Can I help you, sir?”

The Alpha's Pride by Deidre Huesmann