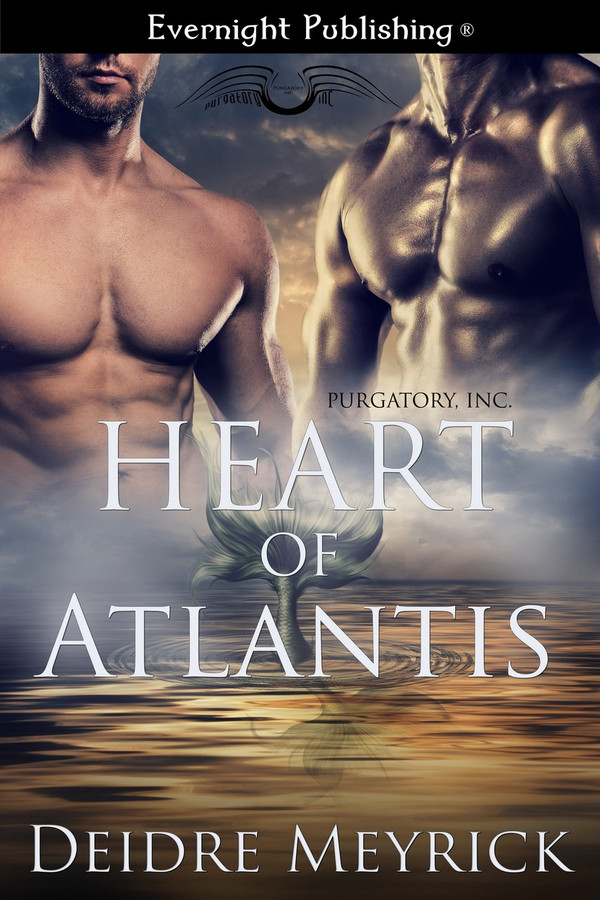 Marin is a cursed merman. He once walked the streets of Atlantis where he found his true love, he now swims—alone. He is offered a way out of his curse and into the heart of another. But will he be able to love another as he did his true love?

Marley's a loner.  He's a treasure hunter who fantasized about mermen. He'd always felt a little out of place, always searching for something, and wanting nothing more than to belong to someone completely.

Between them are several lifetimes and a wicked sorceress bent on possession. Is a soul deep connection enough to bring them together to break a curse that was never meant to be broken?

“Marin? Do you believe in fate? In reincarnation?”

“Past lives. The soul living beyond the death of one body into another.”

Marley sighed, flexing his fingers ever so slightly. Just enough to barely touch Marin's. “I think I may have known you then. From before.”

“I think so too, Marley.” Marin held his breath momentarily before he continued. This was the time. This was it. “Aeëtes, his eyes—although everyone in his family had eyes as dark as the night sky, my Aeëtes’ eyes were a striking blue. As blue as the Aegean Sea or a sky on a clear winter's day. With one exception. His right eye was two colors. Partly the beautiful blue, but like a wave lapping the shore, the blue met with a golden brown.”

Marley's breath caught as Marin described eyes that were identical to his own. Even down to how his parents' eyes were of a drastically different color. No one could ever explain why there was such a difference; they just accepted it as part of who Marley was. “Like mine.” It was barely a whisper, but enough for Marin to hear.

4.5 stars I enjoyed this book very much. It was my first merman book so I wasn&#039;t sure what to expect but I really enjoyed it and the new to me take on Atlantis. I spent a good portion of the book hating the villain only to feel slightly sorry for her at the end, quite a feat! Marin felt a bit like a dream to me, I don&#039;t know if that was intentional but it was my reaction to him. Marley was touching in his sense of disconnection from everyone else. I look forward to more about these three compelling characters.

This was my first merman story and while I&#039;m not a huge fan of fantasy, this one held my interest and I enjoyed it! Well written and a fun romp for when you have an hour or so to read.

I was amazed at the creativity &amp; fantasy of this story. It was unlike any other book I&#039;ve ever read. I felt like I was able to feel the connection myself between the lost soul mates. Spectacular!

The Alpha's Pride by Deidre Huesmann

The Queen's Strength by Deidre Huesmann

The Heart of a Nymph by Serenity Snow