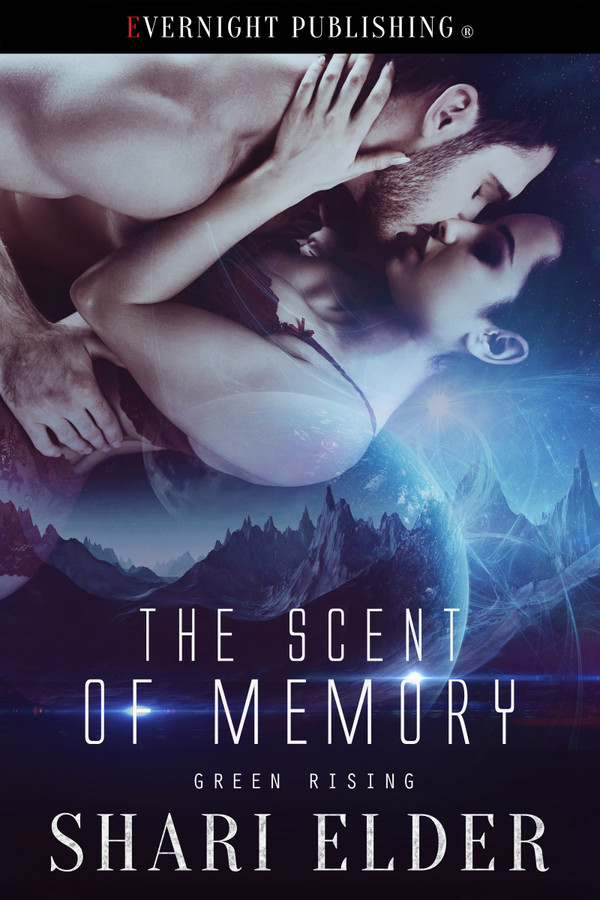 Twelve years ago, Marisol lost Aren. Now he’s back—pointing a gun at her head and treating her like a stranger.

Rebel hacker, Marisol Martinez, never thought volunteering to keep the hospital safe from cyborgs would lead her back to the man sabotage ripped from her arms. The man she swore to avenge by any means possible.

For over a decade, Cap protected the cyborgs under his command from every danger. Until he meets an insurgent, whose scent wreaks havoc on his control. She calls him Aren and insists she knows him. But she’s wrong. He has no past, no present, no future—only orders he’s programmed to complete.

Forced together, Marisol and Cap can’t resist the passion that keeps building between them. With time running out, Marisol must use her computer skills to restore Aren’s memories or Cap will kill all subversives on the planet—starting with her

Aren watched motionlessly as if viewing a show. No tics, no movements, no apparent reactions to Tick, Tack, To, and Rogue, his favorite mush dogs. Rogue was Sketch’s mother.

She followed Aren’s gaze to the screen. Freddie had pulled off his goggles and thrown back the parka hood.

“Your best friend. That’s you next to him.”

“Second died on the ship.” He swiveled away from the vid. “Turn it off.” His eyes lowered for a second, just enough for her to hang on to the belief he reacted emotionally to the scene.

Marisol prayed silently for Frederick’s memory, but she had mourned him so long ago. She grabbed the picture and shoved it into Aren’s hand. “This is your work. You were brilliant.” Her voice cracked with sorrow.

“We are not programmed for art. It is considered a waste of time.” He placed the picture face down on the table without a glance, using his machine hand—the hand he used to draw.

Marisol grabbed the edge of the bed for support. Her body soaked in sweat. Her knees wobbling like duckpins before they hit the alley floor. They hadn’t just stolen his body from her, they’d also stolen his soul. Her chest burned from a lack of air.

No, the universe wasn’t this cruel. Bringing Aren back, and yet not. With her free hand, she wiped her eyes and nose.

“Do you need a doctor? Your blood pressure is too high. Your oxygen intake too shallow.”

She shook her head, still grasping the bed pole for dear life. The metal edges pinched her palm, offering a welcome distraction from the emotional turmoil within.

He sat down on the bed, by the headboard, keeping as much distance between them as he could. His lips pursed in a scowl. Those lips she’d kissed more times than she could count. The lower one plumper with a nick at the left corner from a mushing accident. Aren used to sprout a thick beard shadow by midday that scratched at her cheeks, yet only tickled her thighs and her breasts when he loved her in more private places. She missed that mouth. She ached for that mouth. Slowly, so as not to alert him, she let go of the bed post, stood up, and drifted over to Aren, looking down on him.

She lay her hands tenderly along his cheeks, cool to her caress. Even that had changed. Aren had had a high natural body temperature, a Nordikan genetic evolution. She touched her lips to his, gently, taking a long, slow taste. She swam in his musky scent and drank in his salt and spice taste, now tainted with iron. Remember me, she thought at him, using her tongue to tease his upper lip. His hand, calloused and hard, wrapped around her fingers and jerked them to the erection tenting in his pants.

Marisol Martinez is a widow with an eleven-year-old daughter who never met her father. He died in a mining accident right before Marisol found out she was pregnant. She&#039;s spent the past twelve years being a part of an inter-planetary resistance, trying to find proof that these &quot;accidents&quot; are being staged by an evil coalition, for nefarious purposes that no one can discover. Captain, or &quot;Cap&quot; is a cyborg programmed to be a leader. He&#039;s spent the past decade protecting all of the members of his cyborg unit. On his way to a &quot;pleasure planet&quot; that even provides relief for the partly-human cyborgs, there is an explosion aboard their spaceship, and all are forced to eject in pods WOW! This book hit all of my buttons! Futuristic sci-fi, steamy-hot romance, and strong independent heroine meets strong, sexy hero. When brought to Marisol&#039;s planet, it turns out that two of the cyborgs are people who were presumed lost in the mining explosion--and one of them is Marisol&#039;s fiancé, Aren. Except that Cap has no memories of having been Aren. He does, however, still react to the scent of Marisol&#039;s perfume, and eventually, her body. I love that scents are the trigger to such powerful and repressed memories. Cap&#039;s cyborg enhancements are not gross, but not designed to be attractive either. The romance between Marisol and Cap grows slowly, brought on by their intense sexual attraction. Could it be that his cells remember hers? Because he doesn&#039;t. These two characters both grow during the story, and learn how to love again. And along the way the story of the resistance is told, and the nefarious plot is revealed. There is a HEA for Marisol and Cap. It won&#039;t be easy for them to live in peace but they will live to fight another day.

I loved everything about this book. Must read!!

Race to Redemption by Shari Elder

The Elder Man by Katherine Wyvern