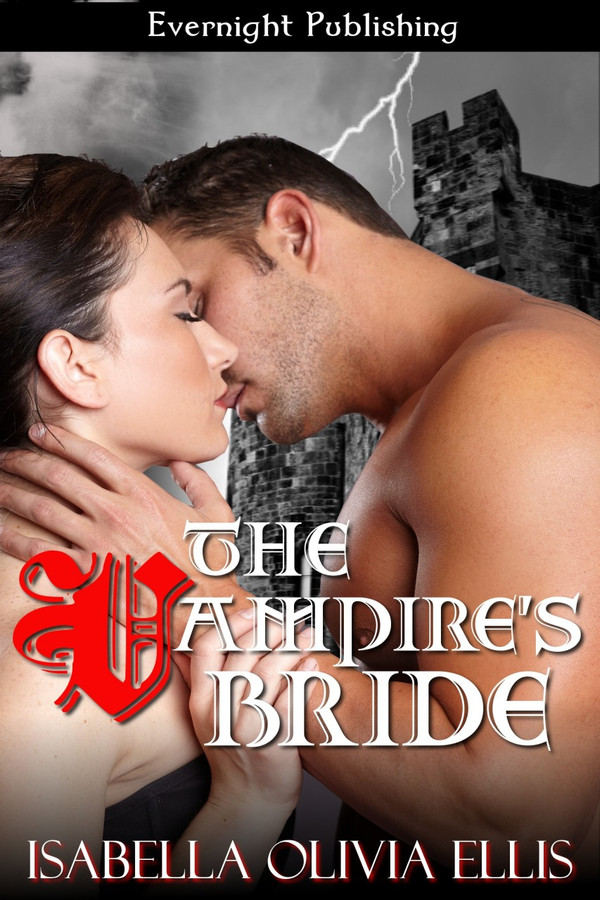 A decades old prophecy deems that the countries of Scollfyld and Bernehart will be united by the marriage of the Crown Prince Sloane Vaughan (of the royal vampire family of Bernehart) and the Chosen.

The Chosen is a virginal girl of noble blood from Scollfyld who was born in the year 1761. The Prophecy states that the Chosen will stand by the Prince as he unites countries and leads an empire, but stipulates that if the marriage does not happen, then the rival vampire clan of the Scarclyfs will reign.

Lady Caroline Haley is selected, but she struggles with this. Will she accept Sloane as her husband? And will she be strong enough to withstand the danger that being the Chosen puts her in?

“Sloane, may I ask a question?”
His smile widened, and she could see his fangs glinting in the candlelight.
“Of course, you needn’t have to ask.”
Gulping softly, she whispered, “Is it true? What they say about Others?”
Sloane’s brow furrowed. “What do you mean?”
“I mean, as in seduction. I’ve heard tales my whole life of vampires being able to take anyone to bed, willing or unwilling.”
Sloane straightened up. “It’s true. That is an ability my kind possesses. But I have never used it. Nor would I use it on you. I want you to want to be my wife, Caroline. I want you to be happy. The prophecy means nothing if our union is a farce.”
Caroline worried she had offended him. He looked so serious and melancholy when replying to her. Being an Other in a world filled mainly with mortals couldn’t be easy. She raised a hand and slid it behind his ear, then down his cheek. His skin felt cool to the touch, but not strange in any other way. Along his chin, she felt the coarseness of his stubble and smiled to herself. She loved this manly aspect, and she loved his words. He wanted them to be happy together. Her nervousness was slowly melting away.
Sloane leaned close to Caroline’s face. She felt his eyes lock on hers and she leaned forward a little as well. Their lips met in an open kiss, and he slipped his tongue over hers. At first, kissing Sloane was an odd sensation. Where their tongues met, his mouth felt warm, yet she still sensed an iciness. Perhaps it was his breath? It reminded Caroline of a few winters ago, when she burned her finger on a candle. Emily brought a bowl of snow for her to plunge her hand into. Only, that experience was painful, and this one was of pleasure. He ran his hand deep into her hair, tugging softly on her tresses as they pressed against each other. Slowly, she reclined into the bed, and Sloane followed her. He shifted so his body was on top of hers, and Caroline could feel the texture of his shirt on her breasts through her thin gown.
As their mouths explored each other, Sloane let his hands roam from her hair down to her body. Timidly, Caroline slid her hands from his chest and up over his back. The muscles of his lean body were strong and sinewy. One of his hands found her breast, and he lightly pinched her nipple until it hardened into a pebble. Caroline let out a slow hum of arousal. Her weakness had always been a slightly rough touch on her breasts. Sloane must have taken this as a good sign, and slid his body down so his face was level to her chest. He nuzzled the nipple of her other breast with his lips until it rose to match the first one. Then, he returned to the first and sucked it, cloth and all, into his mouth. His fingers played along her thighs and then slipped under her chemise, tracing their way up to the breast his mouth wasn’t focusing on. The combination of his skin on her bare flesh, and his mouth and the wet silk of her nipple made her arch her back in desire.
Sloane sat up on his knees and motioned for her to do the same. Caroline obeyed, and he pulled her nightgown over her head, leaving her completely naked. She could feel herself blush and cupped her hands over her soft, bare breasts.
“Don’t,” he said, taking her hands in his and lowering them to her sides. “You’re beautiful. Lay back.”
Caroline obeyed, and he leaned down and began kissing his way from her mouth, down her neck, to her breasts, and then south across her stomach. He moved himself in front of her knees, and placed a hand on each one.
“Spread your legs.” He commanded her, albeit gently.
Confused, she kept her legs together. Caroline knew it was imperative that she remain a virgin until after they were wed. Did Sloane mean to go against the Prophecy?
Smiling, Sloane shook his head. “My lady, have faith in me.”
Deciding to trust him –– after all, he would be her husband in just a few days –– Caroline opened her legs. Sloane lowered himself down between them and continued his kissing where he left off. Down the curve of her hip and then toward her cunny. She felt his hair tickle the insides of her thighs and she started to giggle, but right at that moment, his kisses landed on her there. His tongue traced from the top of her slit to where her secret hole lay. Her body tingled with the thrill of it. This was something she’d never done before, not even with Luke, for she felt it was too easy to get carried away.
Switching up the pressure, he alternated between long slow licks and short, soft kisses on her pussy. Then, he slid his tongue upwards and focused on what Caroline called her rosebud. Occasionally, in the dark of night and in the privacy of her bed, she would touch herself there until her legs tingled and her cunny tightened. As he circled his tongue and fingers on her, Caroline felt the familiar rising in her lower stomach, a sign that she was going to cum soon. She tensed her legs around his head and turned into her pillow to avoid crying out loud.
Sloane sat up as she did, and pulled her in for a deep kiss. “I must be going, my lady. I await tomorrow’s journey. I am looking forward to you seeing my homeland.”
Caroline smiled against his face. “I am as well. Good night, Sloane.”

Other Books in the CHOSEN series:

So i decided to jump in and read this book! Let me tell you! It normally isnt my type of reading as i am not one for vampire stories... BUT, i hope there is more to come. This book hooked me from the beginning and i cant wait for more. At first i was a little sad at what happens ( dont want to give out details) but towards the middle of the book everything comes to light. I realize that what is happening is supposed to happen. I could go on and on about this book but i dont want to take away from letting the book drag you into the story. The details are great and it makes you think you can picture the people in your mind. I felt connected to Caroline. Give it a try, i will definitely be picking up any other books by this author!