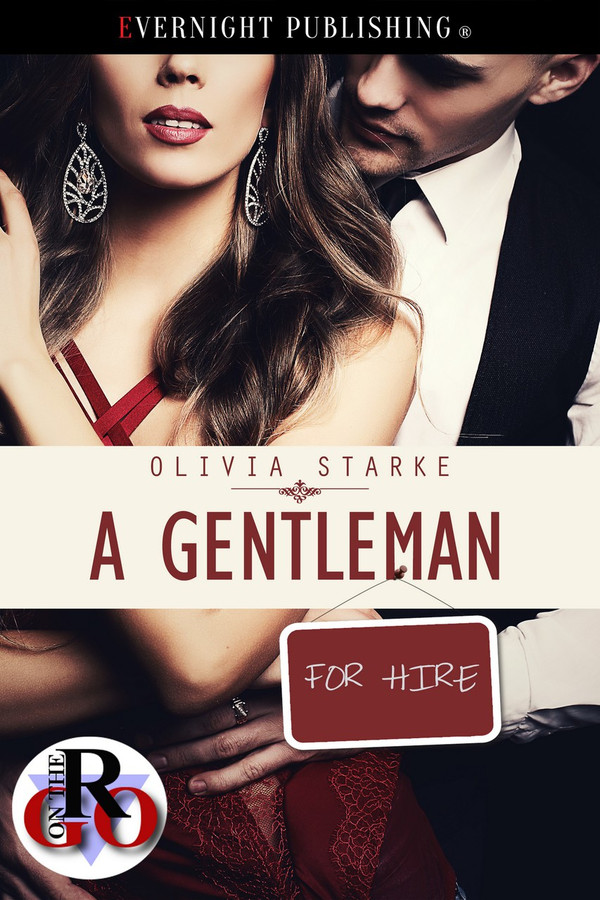 Being this naughty could end her career...

Kimberly works as CFO of a billion dollar company, a career she loves but stress has taken its toll. When an orgasm becomes as elusive as finding a unicorn in the city, she decides to hire her own entertainment during a company convention in Las Vegas. Michael is everything her libido craves: tall, sexy, smart, and delicious.

The naughtiness that follows is off the charts hot, but an unexpected connection sparks between Michael and Kimberly. Will their tryst turn into a happily forever?

“No. It’s only…” She swallowed. “Well, it’s been a while, and I have no idea how to approach this. I’ve never had sex with a stranger before.”

She expected to see shock on his face, but his smile didn’t waver. “How about this,” he said. “Have a seat, and I’ll give you a neck rub. I’m pretty good with my hands.”

She nodded, relieved to be spared further embarrassment. Surely the women he dealt with were more sex-with-strangers savvy. “Actually if you could throw in a backrub too, I’d be in heaven. At this point I’d pay fifteen grand for one.”

Michael bowed. “I’m at your command. Lay down on the bed, and get comfortable, but you’ll need out of that dress.”

She nibbled her bottom lip, feeling shy. “Sure, okay. Turn around.”

He did as she asked, and she wiggled the dress down her hips and kicked free of it. She left on her thigh highs, red lace boy shorts, and shoes—despite the foot pain it seemed sexier having them on. She lay on her stomach and flipped the comforter over her lower body. “I’m ready,” she said.

He dug inside his bag and pulled out a bottle of massage oil.

She quirked an eyebrow. “Prepared for anything, aren’t you?”

His wicked grin matched the glint in his eyes. “Always.”

Kimberly swallowed, and she couldn’t help but wonder what else he kept in that little black bag. Michael crawled onto the bed and straddled her hips, his groin nestling against her butt. A surge of awareness rocketed through her, and she buried her face in the mattress, mindless that her makeup might smear.

His fingers met her flesh, smoothing oil over her skin in slow circles before pressing into the muscle. In expert strokes, he kneaded, and the tension eased from her neck only to build south. Her pussy clenched and her nipples ached for equal attention.

“Glad you like it,” he said, making the strokes larger, turning her back into a huge erogenous zone. A moan escaped her throat, the swelling heat of arousal leaving her dizzy. It was no longer a backrub, but foreplay. She arched her back, pressing her ass against his crotch. He responded, lowering over her, kissing the back of her neck. Soft feathery kisses dropped over her shoulder blades, and down her spine, stopping at the waistband of her panties.

She needed so much more and rocked back against him. He groaned, grinding his hips down and she felt his erection. It set off an explosion of need.

“I want you, Michael.” It was an instinctive response, because her brain had stopped working.

He pushed the comforter away, exposing her lower body. “Mmm, red is definitely your color.” He gripped her hips and rolled her onto her back, his gaze devouring. “You’re incredible, Kimberly.”

He slid his hands up the outsides of her thighs before reversing the caress, bringing his hands to her ankles.

She watched curiously while he leaned in and kissed each ankle, before turning his attention to the inside of one calf. His moist breath dampened the skin through the nylon hose as he continued on, past her knee, down her inner thigh…

“Oh god.” She gasped, arching, as he paused just above her slit. She couldn’t catch her breath, the tease nearly too much to bear.

“You’ve gotten me rock hard,” he said, the vibrations of his voice tickling her pussy. “Do you like it sweet or rough?”

She reached for him, grasping the back of his head, pulling his mouth to hers. The kiss stole the air from her lungs and she raked her nails down his back. He wedged between her thighs, pumping his hips. His sex play was more aggressive than she imagined, but god how she wanted it. She gripped him between her legs, shoving against him, until he growled. He claimed one of her nipples between his lips, sucking it until she whimpered. Her head spun with two years of pent up lust unleashed.

Enough sizzling to melt the screen…Vegas hasn’t seen anything like Michael and Kimberly. This short story definitely packed the heat. The chemistry between the hero and heroine practically leaped off the computer screen. I needed to know what would happen and couldn’t put the short story down. I liked Kimberly. She’s very much the ball-busting businesswoman. It’s refreshing to read a heroine so in control and composed. Plus, it’s nice for her to be the millionaire-type for a change. I loved reading her struggle for control and the ending…whew!! Hot. Michael…I had some misgivings about him. His tendency to bite his bottom lip…I don’t know. It pulled me out of the story. But the gesture worked for Kimberly, so no harm, no foul. I liked how he was so masculine and controlled, too. Some readers might not expect some of the things he says or the alluding to being with a man. That might be a turn-off for some readers, but not this one. I liked how this snippet showed his devotion to his job and his willingness to put himself into the shoes of the women he’s escorting. As I said above, the story sizzles. The sex scenes are off the charts and worth a second read. If you want a hot, but short book to fill the lunch hour, then this might be the short story for you.

Kimberly is a workaholic who’s seriously stressed out. On a company trip to Vegas instead of gambling she hires a sexy escort to help her relax. It leads to a happy ending but could there be more between them? I was worried about reading this because most short, hire an escort stories fall flat. However, the author did a fantastic job building the characters and actually bringing them closer together before the sex. I appreciate that and it really makes the book that much better. And the sex, please bring ice water with you wherever you’re ready this! Yes, it is that hot! The terms are a bit…off though. Canal? Glans? Labia? I know they’re technically called that but it just doesn’t sound sexy. Sometimes the dialogue is followed by the other character’s thoughts so it is hard to tell who is saying what. This is a short read but the ending is satisfying. I’ll have to check out more books by this author. ​ A Gentleman for hire is a short, sexy snack.

liked the book. the only issue I had with it, is the cover never downloads.

I quite liked it, it&#039;s a pity it was such a short read. Perfect sexy interlude to cleanse the palate between books

Slayer for Hire by P.E. Cunningham