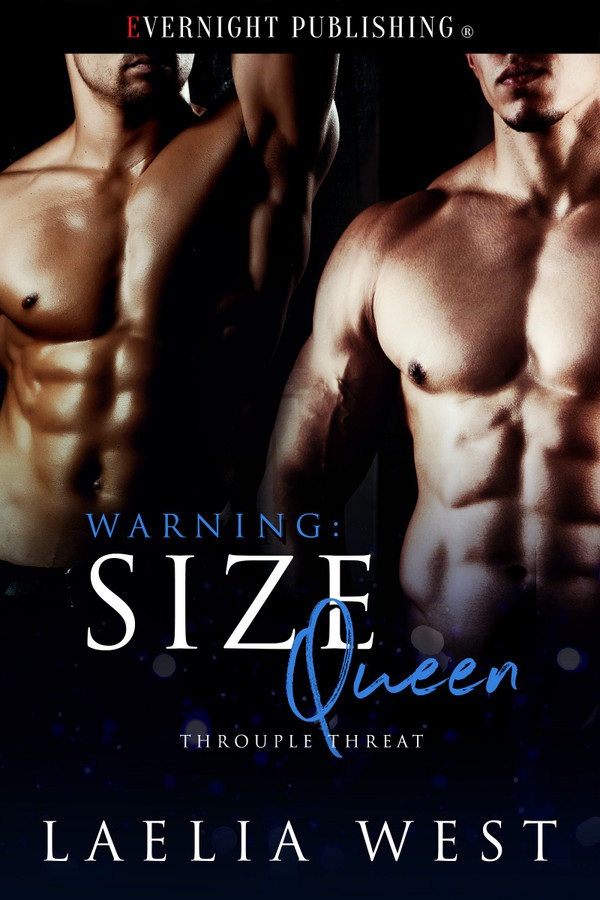 Ezra Kaneshiro likes a challenge—he’s a pre-med student aiming to be a doctor in war-torn countries, after all. Maybe that’s why his roommate intrigues him. All this time, Malik has given off “repressed gay” vibes, yet now he seems genuinely happy with his fiery new girlfriend. But if that’s the case, why does he get awkward when Ezra undresses, and why did he stare back for so long when Ezra caught him in a compromising position?

Positive there’s more to his roommate, Ezra begins to prod. A drinking game brings Malik to the precipice, but it’s not enough. Not quite. When Malik spills that he and Portia aren’t exactly monogamous, Ezra makes his move.

After all, Ezra has nothing to lose … except the first man he’s ever fallen for.

Ezra turned off the water and toweled his face dry. As he returned and handed his cup to Malik, he picked up his cards. Glanced at Malik again.

Perhaps due to his distraction, Ezra lost. He expected another inane question, but Malik surprised him with, “Are you gay?”

Ezra refilled his drink and topped off Malik’s. “I prefer pansexual, or even better, queer.”

“That’s…what, when you don’t discriminate?”

“More or less. I just don’t care about what’s between someone’s legs until it comes time for sex. Then it’s a matter of what they like, as usual.” Ezra’s breathing constricted. Too much alcohol? They probably needed to slow down. “Besides, binary is a fucking scam.”

A slight grin twisted Malik’s mouth. Perhaps he meant to look snide, but it ended up giving him an almost silly look that tugged Ezra’s heart the wrong way. “You’d like this girl I know, Mellie. Not sexually, she’s a lesbian—she’s Portia’s best friend’s girlfriend, actually—but she said the same thing about binary coding.”

Ezra rolled his eyes. “I could hardly follow that friend of a friend bullshit.”

“Then you’re drunker than me, lightweight.”

Shit. How had Malik gained the upper hand? Ezra needed to wrest that control back.

Yet when they played the next round, Malik didn’t act like he had any advantage. This was still a game to him. He just discarded and drew like he wasn’t sitting there, tall and built and shirtless, demanding attention from anyone fortunate enough to be in the same vicinity. Like he didn’t recognize how stupidly hot his hips were, or how loudly his malleable smirk demanded to be shoved into a pillow. Or how that sharp tongue needed taming, to spill moans over words…

Booze thinned both Ezra’s blood and patience. When he won, he tossed caution to the wind. “Have you ever been attracted to another man?”

Malik blinked over his cup.

No. Too vague. Ezra leaned over, more than a little drunk, and placed his hand on Malik’s knee for balance. “Scratch that. Revised question.” Beneath his fingers, Malik’s muscles tensed, yet he made no move to pull away and his alcohol-lax expression was of surprise, not discomfort. “Would you fuck another man?”

All levity vanished. Malik stared at him. Clouds swirled in the voids of his eyes. Hot, quick breath that reeked of piss-poor wine washed over Ezra’s face as he got even closer.

His hand tightened on Malik’s knee.

Rising from the Ashes by Charity West