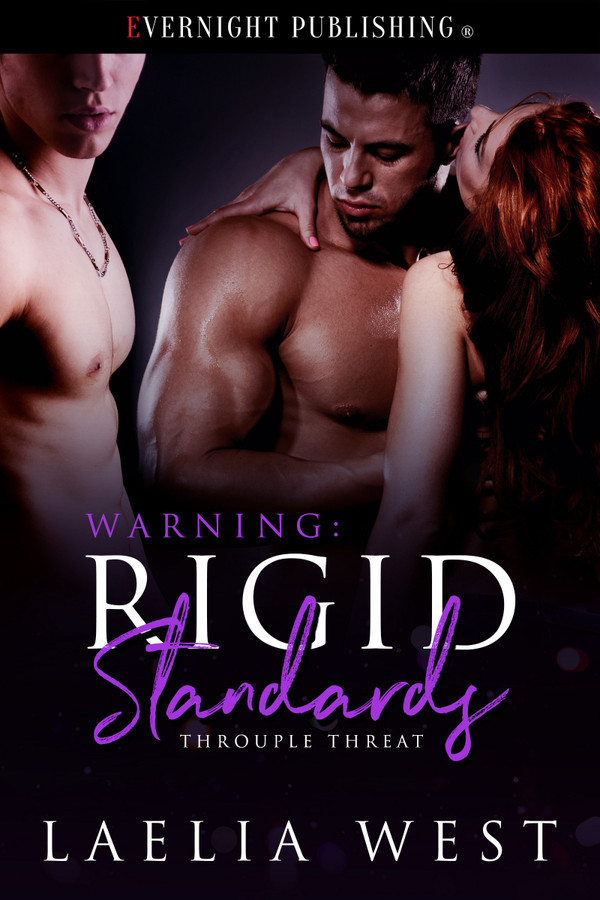 Silver-spooned Portia Ward is getting her degree to start a life free from her mother’s stipulations. She doesn't need additional complications. Maybe a casual one-night stand now and then. Nothing intimate, nothing close.

The economics major in her history class disagrees. Portia hates Malik on sight: he's tall, arrogant, and wears sunglasses indoors for no reason. He has a comeback for everything. His clothes don’t quite sit right. And who wears all black in the heat? When he asks her on a date, she’s so irked by his blasé confidence that she agrees.

Then she catches glimpses of Malik’s other side. The one who wants to study music theory. The one who apologizes by baking cheesecake. The one who won’t touch her until she asks. He has one rule: he doesn’t do casual. If Portia wants more, she’ll have to compromise her rigid standards.

Professor Benayoun took a breath and looked up. “Why don’t we take a five-minute break?”

Thank god. Portia cracked her knuckles. If she moved now—

Portia twisted in her seat. “What?” she bit.

“Do you need an Ativan? You seem tense.”

Oh, wonderful. “Mind your own business.”

Broad shoulders moved in a lackadaisical shrug. “I’m trying, but you’re giving off this aura like you’re going to kill something. You didn’t even notice that girl move two seats away, did you?”

Portia lowered her voice. “Is this funny to you? Trying to piss me off? Do you think I couldn’t kick your ass?”

Malik tilted his head. Black hair brushed the frames of his stupid fucking sunglasses. “I know you could kick my ass.”

It took every ounce of her mother’s upbringing to mask her surprise with a blank stare.

A strange, lopsided smile flickered across his face and vanished again as he leaned back. “I’ve been told I have a penchant for punishment. Maybe a bad case of masochism runs in my family.”

Beneath her wavering anger, intrigue kindled in her lower belly. Portia looked him over.

It had been a while since she’d had the chance to be aggressive with a man. While Malik was annoying, he wasn’t terrible-looking. His build said he could take a hit. A lot of men flinched away from actual roughness, like teeth or nails, but if…

Horrified at herself, she shook her head. No. She didn’t need to take this there.

Malik leaned forward again. “What is it about me that irritates you so much, Miss Portia?”

“Don’t call me Miss.” The word reeked of Mother’s business associates: condescending and saccharine. “Quite honestly, I hate your sunglasses.”

From his arched brow, Malik didn’t seem to expect that.

Roughly, Portia said, “If you don’t need them, why wear them indoors? You look like a dick.”

“Ah. If that’s all…” He reached up and pulled the sunglasses off, his long fingers closing them one-handedly as he tucked them into his shirt. “Better?”

Portia stared. She couldn’t help it.

His eyes were black. Not umber, not gray, but absolutely black. Like a starless sky, a void that threatened to shred sanity to ribbons but for a flickering of heat indicating something deeper. His lashes were as dark as his hair, fine and long and highlighting the dark depths of his gaze.

“No.” It really wasn’t, not compared to the sunglasses. “I prefer looking people in the eye.”

“It never occurred to you I wore them because I could be intimidated by eye contact?”

Portia scoffed. “I don’t imagine much intimidates you.”

Surprise colored his features. Then he smiled, the closest she’d ever seen to a genuine expression on him. Portia’s lungs constricted at the sight.

Why did it feel like she’d caught a glimpse of something rare?

If you like a slow burn with a sexy pay off, this is for you. This novella reminded me of Delilah Devlin’s stories due to its empowered MC with hard edges &amp; resistance of female stereotypes. This story is not only rife with sexual tension, but it also incorporates other intriguing characters I foresee popping up in future spin-offs.

Wanton in the Wild West by Molly Ann Wishlade

Rising from the Ashes by Charity West