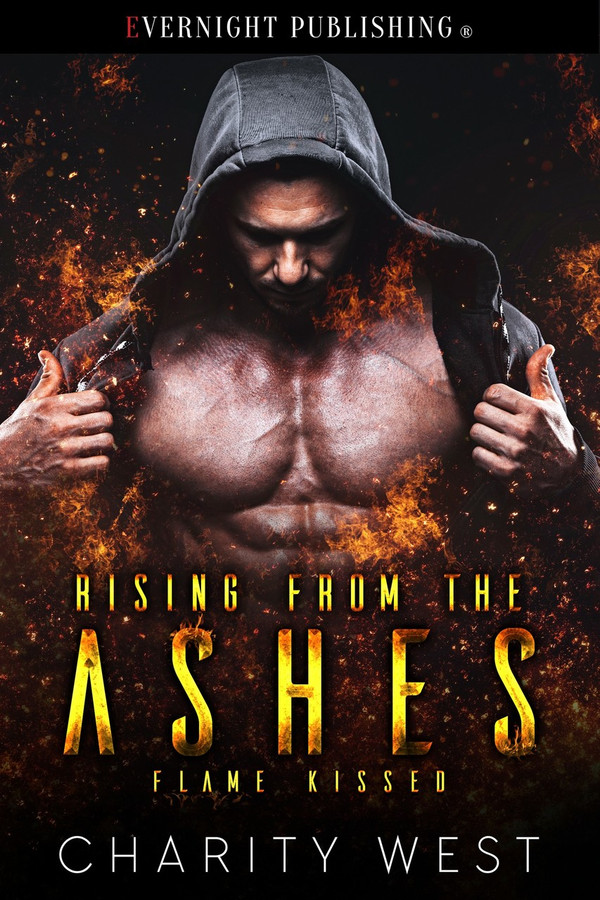 Kaycee Witherspoon barely escaped her last relationship with her life. Now that she has a fresh start in a new town, she feels like she can finally breathe. But is she relaxing her guard too soon? When she finds her tires slashed and her apartment broken into, she has to wonder if her past isn’t quite so far behind her.

Zarek O’Donnell doesn’t know much about the new assistant at his fire station except that her mesmerizing curves and bewitching smile have him under her spell. Even though she laughs easily and seems to light up around him, he can tell that there’s something darker haunting her. His protective side rises to the surface whenever she’s near, and he knows he’ll stop at nothing to keep her safe.

When the lines of past and present begin to blur, there’s only one thing Kaycee knows. This time she might not escape. If she wants the new life she’s forged for herself, she’ll have to fight to keep it.

“You have to be exhausted after working until this morning and then dealing with my apartment this afternoon.” I nibbled my bottom lip. “What if I made dinner? I haven’t eaten yet, and I’m sure you haven’t either.”

“I have a better idea. Why don’t we order some pizzas and watch TV for a while? We can sit on the couch and just relax for the rest of the night. Put on PJs and kick back.”

I arched a brow. “You own pajamas?”

“Well, I own pajama pants. Does that count?”

Holy Jesus, was he seriously going to run around without a shirt? Because I wasn’t sure my hormones could handle it. The hint of muscle I could see through his t-shirts was enough to make me drool. I didn’t think I could handle bare skin. Although, it would be a nice distraction from my problems, as long as I could keep my hands to myself. I wasn’t going to make any promises, though. A shirtless Zarek might be too much temptation.

He smirked, and I realized I was staring like an idiot.

“You just pictured me shirtless, didn’t you?” he asked with laughter flashing in his eyes.

My cheeks flushed. “No. Of course not.”

His grin widened a little, and he shook his head, clearly not believing me.

“If you tell me what you want on your pizza, I’ll place the order while you get comfortable.”

“I knew you were anxious to get me out of my clothes.”

My whole face felt like it was on fire. Before I could embarrass myself further, I bolted from the room and went to get a drink from the kitchen. I’d made a fresh pitcher of sweet tea last night and hadn’t touched it yet. By the time I’d poured myself a glass and returned to the living room, I could hear the shower going. I set my glass down and went to change into a tank and sleep shorts. They were old and comfortable, but they showed enough skin to be considered sexy. Do I want Zarek to see me as sexy?

I’d thought we would be roommates, co-workers, and nothing more. But the more I got to know Zarek, the harder it was to resist him. I’d felt that instant spark when we’d met at work on Monday, and I had to wonder what that spark would feel like if our lips touched. Would I feel the zing all the way to my toes? Just being near him was enough to make me tingle with awareness. I thought about him in the shower and wondered if he was as sexy dripping wet as I imagined him to be. I gave myself a mental slap, changed into my pajamas, and then returned to the living room. I couldn’t order the pizza yet since Zarek hadn’t told me what he wanted on his. I hadn’t paid close attention at work when the crew had ordered enough pizza to feed a small army.

I heard the shower shut off, and a few minute later, he wandered into the room.

My tongue stuck to the roof of my mouth, and I nearly choked on my own spit as he sank onto the sofa next to me. Holy hell, he was hot as fuck! His broad chest was well-muscled and his abs … I nearly fanned myself. As I whipped around to face the TV, before I got caught staring, I absently wiped at my chin to make sure I hadn’t been drooling.

&quot;Rising from the Ashes&quot; is a sweet, cute story of romance that includes a sexy fireman, a nasty bad guy, and a brave young lady. The story was told fairly well. The author Charity West kept spiking the story with something throughout the book to keep me reading! She obviously spent some time writing this book. Readers are also in for a sexy and intense book cover. YUMMY! please read the rest of my review at night owl romance!!

A good story with a heroine who is young but has survived a lot. The romance gets off to a fast start and keeps going. A very good pick if you want a quick feel good read.

&quot;Rising from the Ashes&quot; is a sweet, cute story of romance that includes a sexy fireman, a nasty bad guy, and a brave young lady. The story was told fairly well. The author Charity West kept spiking the story with something throughout the book to keep me reading! She obviously spent some time writing this book. Readers are also in for a sexy and intense book cover. YUMMY! The details written into the story gave me a good visual of what was going with the characters and how they were feeling at the moment. There were definitely moments of strong emotions from Zarek taking Kaycee back to his apartment that very first night to Kaycee confronting Price on that awful night.Of course, I am not going to say what happened to the lead up to that awful night or what exactly happened because everyone should read what lead up to the infamous night. I liked how the author created lots of intimate scenes for Kacey and Zarek. They definitely gave me ideas of what was going on but it wasn’t the main focus of the story. The author had lots of intrigue written into almost every page with the guy Price looming about being evil. Like the snakes. That blew me away. Kaycee was absolutely right to be afraid of her surroundings! I think the author could have drifted off in a dozen different directions, but she kept it on course. It’s nice to read a book that is to the point sometimes. This book gets 4 stars. There were glitches here and there but the story was sweet, sexy, and exciting at various points. The story read smoothly for the most part with a sweet ending. I hope to read something from this author again in the future. This author has great talent!

This is the first book ive read of this author, had it on my watch list and brought sample of it to see what it was like, then brought the book. Kaycee is 19 yrs old, has moved to small town she now calls home, to eacape what had happen to her no thanks to her ex. In her new town she finds herself a place to live and is starting a new job at the local fire station as a Administrative Assistant to the chief. There she is introduce to the guys and meets Zarek as soon as their hands touch a sizzle shoots up her arm and the attraction is instant. Her first day on the job ends and as she leaves to go to her car, all the tyres are slashed. Scared that her ex knows where she is, she turns to go back inside and bumps into Zarek and from there their love story starts. Loved this book and cant wait for the next one.