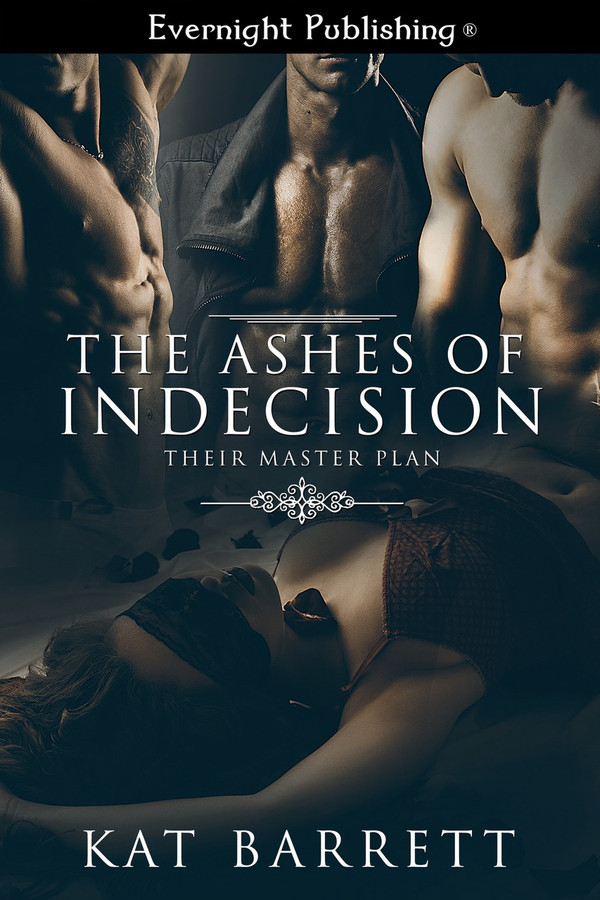 Six months have passed since Tusca became a part of Vance and Thor’s master plan. Her personality has changed, her self-confidence stronger than it has ever been. She is moving in with the two Doms, but her men have made a request of her that she never expected...

A night of overly rambunctious sex accidentally leaves Tusca bruised and blazing with rope burns. It forces her to call in sick for a few days. When Vance calls to say he’s sending over a man named Mick to begin construction on her mini-house, Tusca is thrilled.

Silence fell over the kitchen, and she listened closely to try to distinguish what they were doing. One of them ran his finger from her the lowermost part of her pussy, over her still-throbbing cunt mouth, and then over her clit. The single touch sent a raging spike of sensation through her pussy. It made the inner muscles grab against themselves in expectation, and she released a moan of pleasure.

“I think,” Vance said as he put his hands to her hips and rolled her onto her stomach, “you need to learn a bit of self-control as your first new lesson. I love hearing you beg and having you climax, but a little restraint goes a long way.

A slick finger slid down the crack of her ass and then into her anus. It was unexpected, but not painful. The digit shifted up and down, feeling overly slippery as if he had gloves on. It was joined by a second finger, and when they were removed, something cold and hard took their place.

Her feet were lifted, her legs held slightly upward. The thing in her anus wiggled, and it was rather uncomfortable.

What the hell was their game?

“Feel weird?” Thor asked, the sudden sound of his voice in the silence making her jump.

“It’s to keep you aware of what you are doing. You are getting better about not allowing yourself to get distracted. Now you need to learn control. You will not push it out or allow it to slide out. I want you to keep the muscles of your anus tight and hold it in. Do you understand?”

It sounded like a fairly easy request, but it probably wasn’t. He always asked if she understood so there was no confusion when she didn’t do as told.

It was building, the heated ache that she so wanted rubbed away. The clasping of her inner muscles gained momentum, and the vibration seeming to rage through her directly against the still finger. She was close, so close, her cunt starting to tighten in prelude to the wonderful finale.