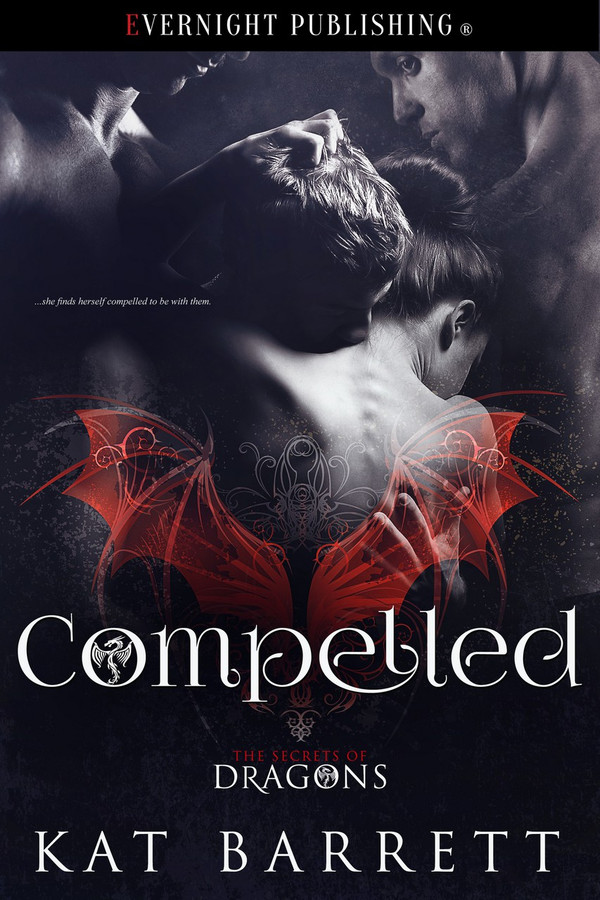 The Secrets of Dragons, 1

Louisiana Arius is looking for true love, but it has eluded her. During bike week, she meets Alex and Eric Haleey.

Alex and Eric are married men, but eagerly looking for a woman to complete their lives.

They are stunning men and, despite her initial resistance, Louisiana finds herself compelled to be with them. But they have a secret—one that threatens not only their relationship, but her life.

Should she get involved or remain as a bystander? This was too new of a relationship to know exactly where she stood with them. Alex broke from Eric and held up his hand, making a come here gesture with his cocked finger. She walked over and stood before him. “Take another step,” instructed Alex.

She did. He frowned. “Another one, so you’re against my chest, that’s an unspoken request for a kiss and I will almost always honor it.”

Good to know. Lou took a wide step so she was against him. She already figured Alex was a dom, but this was putting the icing on the cake. He laid his palms to her cheeks, tilting her head upward to kiss her. She was tall, but he was taller by probably five or six inches. His lips pressed heavily against her, his tongue drifting over her mouth. She parted her lips for him, inviting his tongue and the heavenly caress it would provide. His embrace sent zingers of sensation from her lips outward, warming her as the sun often did. There was a scent she hadn’t noticed before, earthy, sweet and musky. She inhaled deeply, overwhelmed by his presence, his fingers massaging her cheeks, controlling her.

Lou had no intention of fucking them, but the urge to do so was strong and growing by the second. Alex released her. “Do you want one or both of us to sleep in your room or do you want us to stay out here?”

Her bottom lip drooped as she looked at him with lidded eyes. What she wanted and what was rational were two different things. “Um… Uh…” the words would not form on her lips. “What’s that smell on you?”

He chuckled. “Nothing special.”

“It’s amazing.” Lou wanted to lean into him and sniff him, but the odor was fading. She was disappointed, and in considering the question, it was horribly rude. “I don’t want you to take this wrong, but would you sleep with me? I would love to feel your arms around me.”

Eric stepped closer, a pout on his lips. “What about me?”

“If we won’t fit here, we can go to our RV. We have a custom order, king-size, extra-long bed.”

The mattress was unusual for a motorhome; most came with short queens. “Okay.” Would it be safe to go to their RV? Was it any more dangerous than asking them to spend the night, sleep with her and not try anything? Damn, she was turned on.