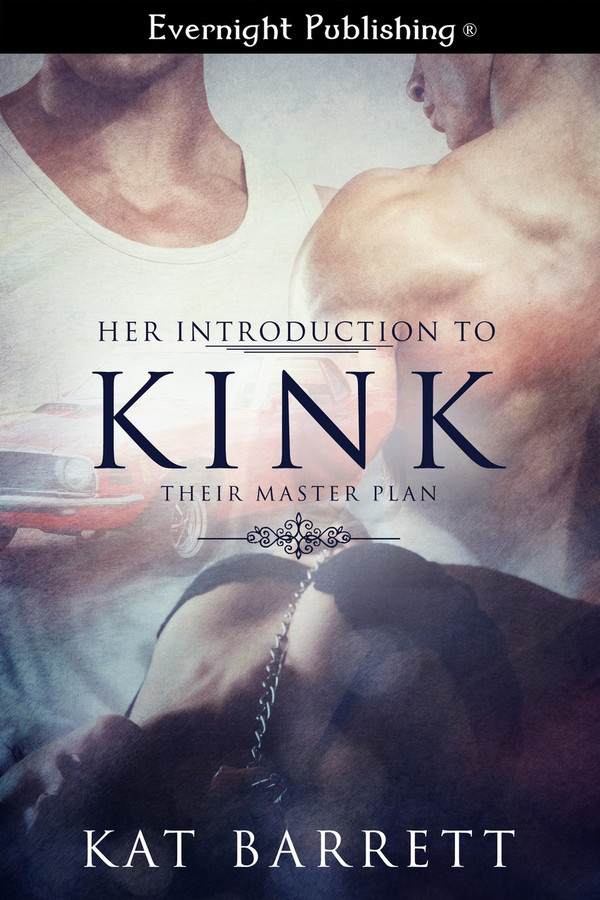 Tusca has been put down all her life due to her weight, and her self-confidence completely goes to hell after losing her job. Her husband had an affair and the divorce that followed was messy. At forty-four years old, Tusca finds herself alone, struggling to make ends meets working for a temporary secretarial pool. When she is sent to work for the office of attorney Vance Reynolds, everything changes.

Vance and his older brother, Thor, have a master plan in life. They use their dominant nature to help women whose lives have fallen apart. Vance’s assessment of Tusca proves that she is the perfect new candidate for a personality makeover, but Tusca turns out to be far more of a challenge than either man ever anticipated.

She had no clue how to answer, if it was even a question that required one. When she said nothing, he raised his eyebrows, his stare intensifying. He obviously was looking for input. “It’s hard to answer because I have no idea what any of those things will feel like. They sound horrid.”

“Do you honestly know nothing? You have television, and a computer. Weren’t you even a little bit curious?”

Her shoulders bobbed slightly with a shrug. “I guess not.”

She shook her head. Vance might not be meaning to make her feel stupid and naive, but she did anyway. Sex had never been that big of a deal.

He pursed his lips as if in deep consideration. “Okay. I’m going to take this from another angle. Do you enjoy sex?”

“Wow. Have you ever climaxed with a man or without one?”

“I think so.” She had felt sensations. They had been warm and nice, maybe not what her best friend had once described as a feeling that built until you inner muscles were rapidly throbbing and you completely lost control. When she had tightened her muscles around Ben’s cock and held them for a moment, he had always believed that she climaxed. Had she really gone forty-four years without feeling the real thing? It wasn’t possible, was it?

“Did you have sex before you were married?”

“You were with one guy, or you only had sex with him once?”

“One guy. We had sex maybe five or six times.”

He smiled and said, “Wow,”again.

“I’m sorry if I’m not worldly about sex. I grew up in a religious household where sex was only for after marriage. My mother never talked about the details of sex. I had a good friend who did, but it was never as spectacular as she described it. It felt good, but not a hell of a lot more.”

“Didn’t your husband ever notice?”

“Have you ever masturbated?”

Was that honestly so shocking? He sounded surprised. “I was always taught that self-gratification was a sin. My mother said it was unhealthy and could damage your vagina.”

“Your mother was full of shit. So you are really religious?”

“No. I kind of drifted away from it as I got older.”

“Is vagina honestly what you call your cunt?”

“Yes.” Was there something wrong with calling it by its proper name? She was aware of the slang terms, but when she spoke, she said vagina.

“I like all three words used abundantly during sex. I want to have sex with you so badly. Please let me torment that hot pink little pussy into a frenzy and make you scream with pleasure. I can do it. I can make you feel that ultimate pulse of intensity that will leave you thrashing your hips against me as you are taken into breathless oblivion. Don’t you want to feel that?”

The expression of certainty on his face was enthralling. Could he really do that? She wanted to believe him, wanted to discover if it was really possible for her to feel that kind of glorious passion. Could Vance answer the question she had asked herself a hundred times? Had she ever had a true climax? Sex had never been all that awe inspiring, nothing more than a warm glow and at times not even that. Was there more?

Her stomach was filled with flutters of anticipation, her body responding to the pure depth of his spoken word. Tusca suddenly needed to know the truth and deep in her heart, she knew that Vance could give it to her.  “I guess I would like to try. When?”

Hopping to his feet, he slid his hands under her arms and shifted her higher on the bed. “Now!”

Was he serious? In the middle of the day?

“How do you feel about oral?”

What Tusca thought was a temp opportunity from heaven is actually her introduction to a completely new world. As part of Kat Barrett&#039;s new series called Their Master Plan, HER INTRODUCTION TO KINK gives readers a hot and heavy dose of the BDSM lifestyle. Vance is looking for the perfect submissive. When he encounters Tusca, his Dom tendencies are brought to the forefront. He offers her a deal she can&#039;t refuse. What ensues is a spicy read as Tusca is transformed into a confident woman who can then go after what she wants. The character development was especially important in this story since both Vance and Tusca changed quite a bit as the storyline evolved. As their arrangement became more personal instead of just a game, it was interesting to gauge Vance&#039;s reaction. With Vance&#039;s brother, Thor, playing a significant role, it was fun to watch a submissive turn her poorly behaving Dom inside out. There&#039;s plenty of hot moments in this story as Tusca&#039;s education continues. I&#039;m adding this to my keeper shelf with a warning of hot and spicy -- in a very naughty way. - See more at: http://erotic.theromancereviews.com/viewbooksreview.php?bookid=20762#sthash.E68qBk3K.dpuf