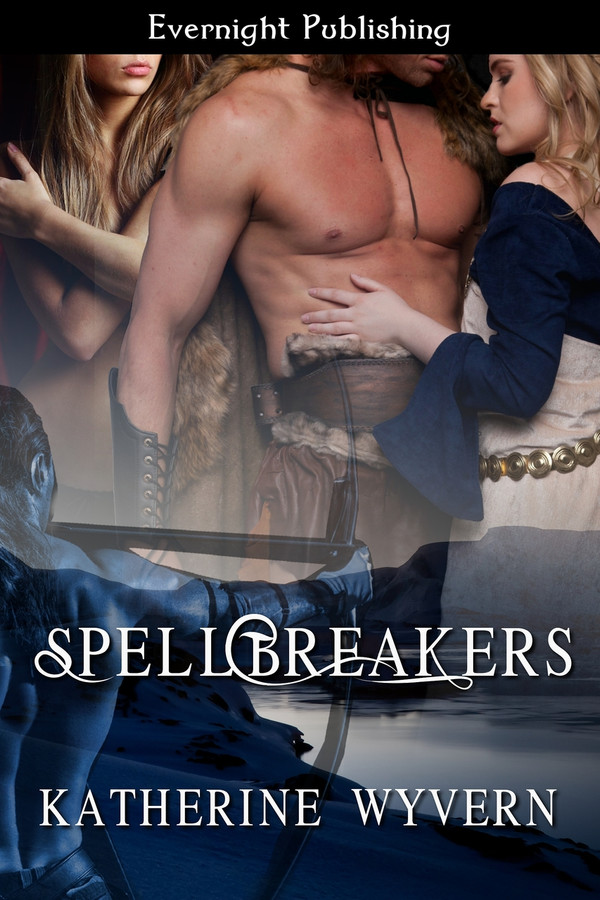 Escarra, a small kingdom that has lost its old magical power, is threatened by the brutal slaver empire of Hassia. Only the long-lost hero Kjetil Alversen Hawkeneye can save Escarra now, but for a hundred years he has been sleeping an enchanted sleep in the ice palace of the Witch Queen of Dalarna. He alone can save them, but he can only be awakened by the love of a pure heart.

When Princess Leal and her faithful friend Daria set out to find him and bring him back to Escarra, they embark on an epic journey across five kingdoms. They face elvers and goblins, giants, dragons and black unicorns, but when they both fall in love with Ljung, the mysterious, alluring hunter who shares the end of their trip, his love could save the quest or doom it. Will his prowess and wisdom help Princess Leal, or will she lose her pure heart—and Daria’s love—to his irresistible appeal?

Ljung heard the whooping and laughter and cringed. Secrecy had saved his skin for so long that he had made a habit of going through a forest unseen, unheard and unremarked as a matter of course, at all times, whether or not he feared any ambush, even in the heavily guarded homewoods of Elverhjem. He’d need to talk with the girls about the din. Yet, even as he cringed, he smiled. It was good to hear them cheering. What use is a girl as solemn as an owl? And, to be wholly honest, nothing bad could happen so close to Elverhjem, right?

He was standing perfectly motionless against a tree, breathing slowly, trying to decide whether to have a very quick business-like meeting with his right hand or try to get a more metaphorical and dignified grip on himself, and behave like a rational being.

Those girls! Either I have been too long in the forest on my own, or they have done something magical to me. They say you can buy potions in Nevraan for this sort of tricks. But more likely it’s just me. Hell, I can’t remember when was the last time I felt so damn silly around a woman. It’s like being sixteen years old again. Which is good, mind. Not complaining. I might get used to it, after all the darkness.

He gave a long, deep, shuddering sigh, turned round and walked back into the clearing.

“You all right, hunter?” asked Daria giving him a questioning look.

“Perfectly all right, thank you. Let me see how you are doing, champion. I hear you want to take on this Challenge.”

She had the same natural, intuitive talent as Naya, and Naya had been the quickest archer he had ever met. He still carried the visible proof of that.

Even bruised and scraped from her fall, with a bow way too hard for her build, Daria got the hang of it within minutes. Sure, she’d have to train and learn a lot before becoming a proficient archer, but she would take to it like a duck to water, as soon as she had a lighter, shorter weapon in her hands and a fitting finger guard and bracer. Battered as she was, she was understandably shy of the string, and yet she shot arrow after arrow with a look of murderous concentration on her face.

It stirred the darkest memories of his life, and also the sweetest. He had taught Naya to shoot, too. She had glared along the arrow’s shaft and laughed in exactly the same way.

Ljung bit down the dread and contemplated Daria with almost painful hunger.

Later, Leal gave it a try, too. She was a more cautious, restrained pupil, less instinctive and more focused on technicalities. She was not as strong as her friend, but she was not bruised and sore from a horse fall, so, all in all, she did just as well. She did not whoop, but shot arrow after arrow, quietly and carefully, with increasing precision. Ljung thought that she might make a fearsome scout or hunter one day, patient and unhurried, as quiet as a cat.

It was easy to overlook Leal when Daria was around, thought Ljung as they walked down the side of the valley, later in the afternoon. Daria was the one who spoke and laughed louder, the one who rushed headlong into things. Leal was the one who watched in silence and made her mind up calmly, but Ljung perceived that there was more strength of will in her than in anybody he had ever met. He was almost a bit shy of her.

Her royal birth meant very little to him. There were no sovereigns in the Itaanvaelta’a, and even in Elverhjem the Elders were chosen by the whole community. The daughter of a king of some little country in the south of the western kingdoms was nothing very awful to an elver. Birth didn’t confer any special distinction in the northern wilderness. Everybody was born from some parents or others. Nothing special there. Skill, intelligence, courage, honor, integrity, those were were the things that mattered. What was more impressive about Leal was a sort of fateful determination she had. Under her quiet gentleness there was something more solid than a rock.

Daria was like a bramble bush, trying hard not to bloom lest the sweetness of her berries make somebody forget about her thorns. Ljung smiled as he walked just thinking about her. Leal, who was so gentle on the surface, had in truth a far more steely nature. A tiny alpine flower with thick, deep roots. She would never give up on something that truly mattered to her. He might have laughed about the strange quest she was on, but he had the nagging feeling that if someone could succeed in such a weird mission, it was her.

Had the last Warlord of the Elverlaen really been asleep under the Ice Waste for a hundred years? And could he really be woken up to life again? Ljung was not particularly skeptic. He had seen stranger things, and even blacker magic.

How would it feel, to pass out for a century, while your life and your world passed slowly by, and be woken up by the kiss of a southern princess? He thought of Leal’s smile, of her silk-rose lips and pale green eyes. He bit his lower lip, imagining her tongue in his mouth, and decided there must be worse ways to come to. And then what? The princess of the fairytale always married the brave hero who brought her back to life. Is that what Leal was supposed to do in the end? He hoped not. By all accounts Hawkeneye had been a very tall, very handsome, very charismatic elver of the rarest, palest northern race, almost extinct now, but he hoped Leal would marry for love, not for politics or destiny.

An enchanting fantasy quest, with F/F, F/M and F/F/M hotness mixed in.

I loved this book first and foremost as a fantasy read. The worldbuilding is awesomely rich and deep with believable cultures and creatures. The long journey takes the reader through a wonderful variety of landscapes and cities at a slow pace, appropriate to the medieval setting. As the title and blurb suggest, there is a lot of magic in the story, and it works very well, without sounding contrived. The prose of the book is rich and sort of poetic, somewhat different from most romance novels I read, and it carries you beautifully into this magical, sumptuously described fantasy universe. The sex scenes are HOT. On some sites the book falls in the lesbian category and there are obviously several FF scenes, but the story also includes two very sexy guys and MF sex, which was a nice treat for a straight girl! I didn&#039;t always fully connect to the princess (Leal), but I really loved the other carachters in the story, especially Ljung, the mysterious elvish hunter, the even more mysterious Hawkeneye, the hero, and the wizard Dee, who is a secondary carachter but wonderful. I do love this sense of MYSTERY surrounding the heroes. They are much older and more experienced than the girls (although of course it does not show), and they belong to a different species, and even when you get to know them, they never completely lose their otherworldly aura, which is really cool. As all the various carachters depart with their chosen mates for their HEA ending the book leaves you with a strange feeling that their love story is just beginning. I hope there is a sequel in the making... I&#039;d love to spend more time in this world. I love to read erotica set in a well crafted universe.