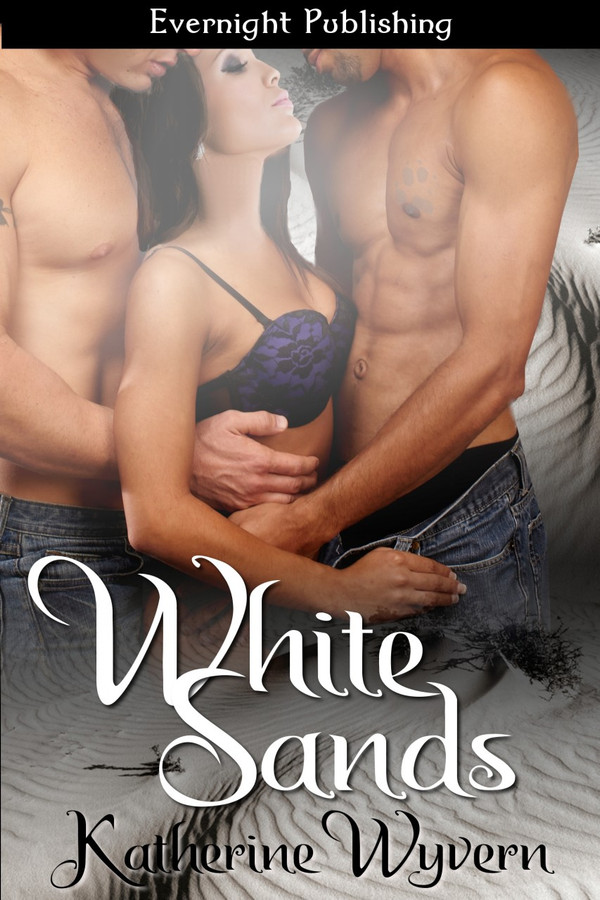 But Lune, belonging to an artificial breed striving for independence from the stifling laws of the Galactic Union, finds his life, however, is in danger, as the leaders of the liberation party die mysteriously one by one.

Romance is easier and more carefree with Lune’s young companion, Laz’law, another acquaintance from the Carnival, and as Lune’s two young lovers try to understand the secret of his life, love,  danger, and lust bring them all ever closer together.

I swallowed painfully. He bent his head forward. The water ran down his neck and back, steamy hot now, and the whole misty, watery body-scape changed and shifted. He moaned in pleasure, and then opened his eyes to look at me.

“Are you coming?” he asked.

He grinned and put a hand out towards me; I stepped in with him and into his arms.

A thrill of absolute bliss shook me all over when our skins came together, with nothing in between but the thin sheet of hot water. I opened my lips to kiss his neck, and water flowed from his skin into my mouth, salty at first, and then sweeter and sweeter, as the last sweat was washed from his body. As his arms closed around me and his hands ran wetly along my back, I moaned and went limp against his body, pressing my cheek on his chest and just absorbing the heat of his skin, his muscular closeness, his always surprising tenderness, until the water running down from his chin into my hair flowed into my face, and I had to move to breathe. I put my arms around his neck, and we kissed, water mingling on our lips. It was as if our skins were melting into each other. I held his shoulders and kneaded the taut muscles on his back. I caressed up to his neck and held his face between my palms, stroking the tiny scales on his temples with my thumbs, brushing carefully over the silver studs in his eyebrow.

I wanted to tell him you are so beautiful, but I guessed he would know that already.

“You are so beautiful,” I said anyway, because I could not keep it down. It just bubbled out of me between kisses.

He smiled and did not answer; he was too well aware of his looks to make demure noises, but not so arrogant as to preen and strut at the compliment. He just held me a bit tighter and kissed my neck, biting softly between kiss and kiss, sending a spike of hot desire into my belly. I moaned and rubbed my pelvis against his. His cock hung heavy between us, dark, utterly black now that it was wet, almost completely erect. He was too tall for me to rub my cleft on it, even when I stood on tip toe, lifting a knee up to wrap my leg around his side; he laughed softly and spread his legs wide to lower his crotch somewhat. His hands were on the small of my back, skimming on running water and shivering skin. I pressed my clitoris on his shaft, and it quivered and stiffened under my body. His teeth were almost hurting the flesh of my neck, but that was also good. I moaned again, rubbing my face on his wet shoulder and my nipples on his chest.

When his hand cupped one of my buttocks and squeezed hard and then pulled me even further up, almost lifting me from the floor, I held on to his shoulders and finally folded my other leg around his waist.

He held me up, easily enough. There are some advantages in being ridiculously small.

“If I slip now, we are toast,” he said, with an amused little grin.

“Don’t slip, then.” I spoke very softly into his ear, and then I pushed my tongue in it, which made him laugh and shiver.

I licked the wet convoluted shell of his ear and laid tiny quiet kisses on it until he turned to lay my back against the tiled wall of the shower and pinned me there with his chest, kissing me hard while our bodies searched for each other. It was a bit of blind hide-and-seek down there, without hands, and we were both giggling by the time his glans nudged its way inside me. But when I finally sank into his arms, down along the length of his shaft, we both stopped laughing and sighed heavily at the same time. I squeezed my muscles around him, feeling his once familiar and now newly discovered girth inside me. He made a sound not unlike a little, soft roar which made me almost laugh again, and I held his waist tighter with my legs, amazed by how naturally we seemed to fit into each other. There was no other thought in my mind at all in that moment, just wonder at his indescribable perfection.

His pelvis was rocking me against the wall, softly at first and then faster, and all around me and inside me was slick wetness, and warm hardness. Our mouths met again in kiss after hungry kiss, as he thrust deeper and deeper in me as my body opened to his. Then his neck folded sideways, softly, as if he had gone suddenly wholly limp, his cheek went to rest on my arm where I held on to his shoulders, and a long low wail escaped his parted lips.

I just looked into his face, taking in his abandon like a gift, while his hard member throbbed inside me, and yet another kind of wetness flowed between our joined bodies.

When I kissed his open mouth softly he barely stirred, lost to the world for a long, long moment. I was amazed that he would still hold me up so steadily.

Afterwards, as we stood together, rubbing soap onto each other’s skins, we exchanged tiny kisses, lips on lips. I painted pale, soapy spirals around his nipples, then turned him around and rubbed his muscular back with slick hands, until he leaned face to the wall wholly relaxed, moaning happily.

When he stood under the shower jet to rinse himself, lines of runny foam trailed white on the dark brown of his skin, emphasizing the lean volumes of his chest, belly and hips, the length of his haunches, following the lines of his thighs, and spiraling down along his calves like a creamy caress, like a stream of melting snow that touched his burning, luxuriant darkness for a fleeting moment, lovingly, and then was gone.