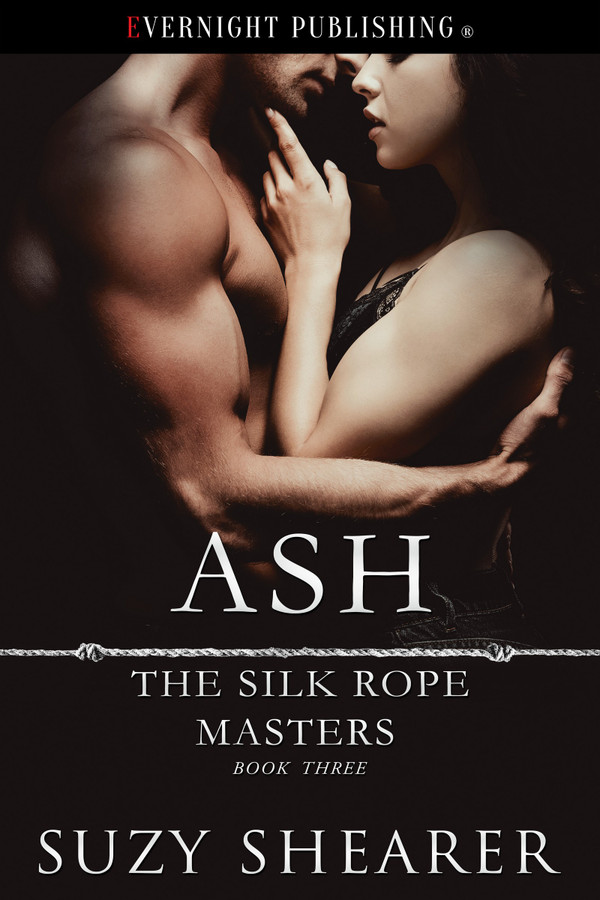 They ooze power, control, natural dominance—and sex. They are The Silk Rope Masters.
None have ever found love but watch out. When they fall, they'll fall fast and hard.

Fifty-one-year-old Sophie Laurent fills in for her chef brother, Pierre, at Silk Rope when she comes face-to-face with Master Ash. A natural born Dom, Ash (Reyansh) Siddiqi, fifty-three, is club co-owner, head Master, and a confirmed bachelor. His pleasures always come without romantic involvement at the club.

But when she stepped into Pierre's shoes Ash was caught—he fell hook, line, and sinker. Unfortunately it seems Sophie dislikes him. Ash tries to think of a way to change her mind before her brother returns and she’s out of his life forever.

“I think I’d better meet this beauty who has you all in a tizzy.” Ash left the other two and went wandering around the club. He thought he’d wait until around eleven before introducing himself to Sophie. There wouldn’t be as many demands on her time as most would have already eaten and she would be winding down for the night.

A little after eleven, Ash walked through the back door and into the kitchen. Sophie had just put something in the oven and had stood. Stepping back, she bumped into Ash and let out a scream of surprise as he grabbed her to stop her falling.

An armful of stunningly beautiful woman turned her head to glare at him. Those amazing eyes stared directly into his and he caught his breath. He couldn’t take his gaze off her.

She wiped a hand across her forehead. “Merde, you scared me, I didn’t expect anyone in here.”

Ash realized his hands were still full of a thick lush body. With his arms around her, he felt her heart pound from her fright when he’d grabbed her. Now she twisted until he was forced to let her go. He held out a hand. “I’m Ash Siddiqi. Hi.”

“Oh. Sorry about that but you startled me. I’m Sophie Laurent,” she replied as she shook his hand, that slight French accent tickling his ear.

There was a look on her face that surprised him. He was used to new people staring at him like they were kind of fearful, but this was something else he couldn’t quite place. Surprise? Dread? Shock?

“How is everything? Jake and Alex tell me your brother is doing well.”

“Yes. He’s fine, although he’s a bit like a bear with a sore head because he can’t get around or do much.”

Calder came in from collecting used dishes in the dining room and nodded hello to Ash. “Evening, Ash. Have a good break?”

Ash nodded as Calder went on, “Chef, do you want me to wash up now or prep for tomorrow?”

“Leave the washing for another fifteen minutes. If you just load up the dishwasher, then we’ll start the prep.”

Ash said, “I think I’d better leave you, I only wanted to say hello. If you need anything, just shout.”

She merely nodded and turned her back on him. Ash watched for a moment as she began sorting ingredients then he left.

The other two are right. She’s stunning! He couldn’t forget the feel of her lush body in his arms. He hadn’t intended to hold her but she would have fallen if he hadn’t. Then his arms had felt plenty of curves and an abundance of padding. And those eyes! Amazing color, a real vivid green surrounded by blue—light to dark on the outer edge. He couldn’t remember ever seeing ones like hers before. Ash went into the club proper and wandered through, but he couldn’t get those eyes out of his mind. She had full lips too—no lipstick, only delicious-looking lips that were a rosy pink color and simply begged to be kissed. Later, he stuck his head into the kitchen to say goodnight, but the place was in darkness and when he glanced at his watch, he saw it was after two in the morning.

I love a book that combines food and romance. I guess that is why I am as big as I am! Ms Shearer’s heroines are all so realistic. They are far from perfect and older than most. You can really fit yourself as the lead. Especially true for Sophie Ash is smitten at first sight. I am so glad he never gave up on Sophie He is, to me, the perfect man This story is so moving and passionate. A definite must read.

If you think all romance and/or BDSM books are for young whippersnappers then think again! The main female here is fifty-one and the main male is fifty-two! Hallelujah!!! There is instant attraction from Ash but it’s not long before it turns into love – even before he’s had the chance to get to know her. As for Sophie, she is attracted to Ash but is afraid of what him being a Master means. The time moves on in this story which was good to see. It didn’t all happen within a couple of weeks. Instead, you get interactions and then some time before a new one. It was also good to see it being the male with unrequited love! This is the third book in the series but you can read it as a standalone as I have. This in no way impacted my enjoyment of their story. Obviously, you get hints of previous stories in the supporting characters but nothing so much as to be confusing. This was a great story with a gentle learning curve for Sophie and I have no hesitation in recommending it.

Another fabulous book in the series. I&#039;m so glad Ms Shearer decided to write Ash&#039;s story. We learned about him in the previous 2 books and to see him in a new light was wonderful. It&#039;s great how easy it is to love the characters in her books. With each one I fall in love with the masters. Sophie was attracted to Ash but wasn&#039;t prepared to get involved with a master. For Ash falling in love was a whole new ballgame. I love the way the romance developed and all the twists and turns. As usual I laughed and cried, Ms Shearer seemed to have a knack for getting her readers emotional along with her characters.