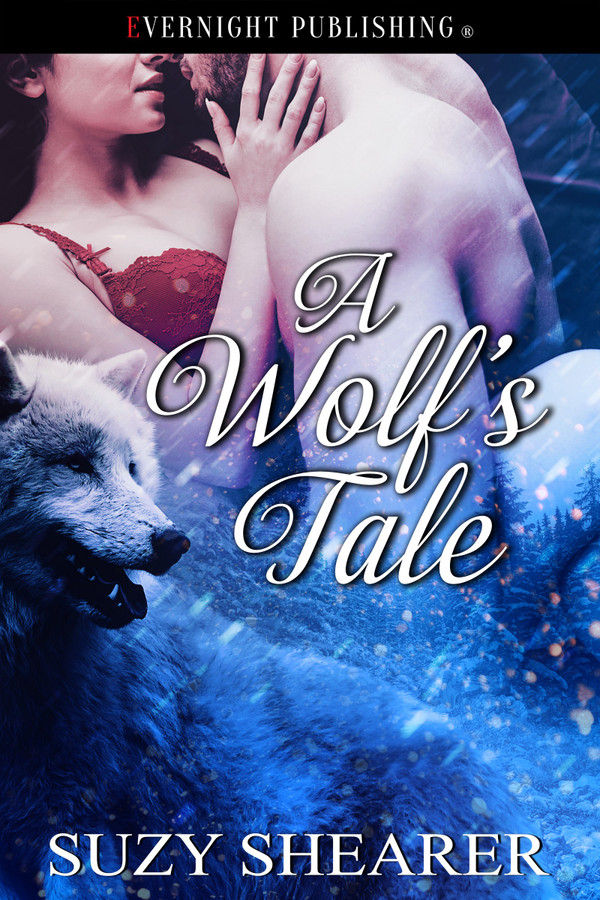 When veterinarian Emily Brownstone, 55, finds a poisoned wolf on the roadside, she doesn’t realize the chain of events that will follow.

Someone is trying to kill off the native wildlife, and Emily’s action in saving the wolf will threaten her life, but will also bring her the man of her dreams.

Tate Collins, 57, can’t believe his luck—he’s finally met his soul mate after all these years. All he has to do is tell her his secret—and it is a big one! He just hopes she won’t freak out when she finds out he spends a lot of his time running around on four legs!

But even if she does accept him, will they find each other only to be torn apart by the danger that threatens the wildlife—and Emily?

"There’s an injured animal on the road, but I can’t lift it by myself. Could you help me please? I want to put it in the rear of my car."

The two men exchanged a look, and Emily felt apprehensive. The look seemed like some silent conversation between them. She didn’t like it, but there was nothing she could do now.

Another looked passed between them, and Emily felt the hair on the back of her neck stand. They seemed to be communicating with just body language and looks. It freaked her a little. Before she could tell them to forget about it, they pulled their four-wheel drive to the side of the road and got out. Both men quickly went to the fallen animal. They whispered something to each other and turned to her. Emily could see they were extremely worried and upset, rather more than you’d expect.

"Ma’am, it’s pretty dangerous to put a wild wolf in your car. Why don’t you let us take it?"

Suddenly Emily realized these two could be poachers and here she was handing over a beautiful wolf to them. The trade in illegal wolf pelts was still happening and rather lucrative.

Firmly she said, "If you get it onto the back of my jeep, I can check it out and sedate it if necessary. I’m a vet."

Of course, Emily hadn’t practiced full-time for a few years. She’d retired but ran a small practice from her home. Still, she always carried an emergency kit in her car. The taller of the two men seemed to hover over her, and Emily began to back away to the jeep.

"I really think you should let us take it."

His voice was not quite menacing, but it had enough force to make Emily very nervous, but she was determined these two wouldn’t intimidate her and take the wolf.

"No. It needs medical attention."

He stepped very close to her. Regretting her decision to ask for help, she touched the back of the jeep. Casually putting a hand behind her, she groped inside for something heavy in case they attacked her. The shorter of the men leaned toward the other and whispered. The tall one glanced down at her, and he took a couple of backward steps.

Fifty-five year old Emily finds a wolf on the side of the road and it leads to an unexpected twist in her life. The suddenly knowledge that shifters exist and that the man she current finds irresistible happens to be her mate. I know what you’re thinking. Just another shifter tale. This one has a nice twist, the main characters are in their 50’s. I thought that is such a nice change of pace from the usual shifter story. Emily saved a wolf, she’s unwittingly brought into the world of the shifters. Tate has finally found his soul mate in Emily but now he has to tell her his big secret. Not only are shifters real but he is one. I really enjoyed this story! It’s a tale of second chance love with some sexy shifters. What rubbed me wrong was Emily taking an injured freaking wolf in the back of her car. Call the authorities. Call animal control. Call a rescue. Putting it in the back of her car just didn’t make sense. I know she’s a veterinarian but a wolf is not a dog. Anyway, that said, this is a great romance too. I liked Emily and Tate’s romance. They’re in their fifties and that gave the story a more authentic feel. I’d highly recommend giving A Wolf’s Tale a try! Comments are closed. GIVEAWAY NEWSLETTER: WIN A FREE BOOK! AUTHOR NEWSLETTER: WIN FREE AD SPACE! Picture

This was great. First time I&#039;ve read this author but will now go back and read her other books. I love the fact they were older, made it more real. Fell in love with both the wolf and the man.