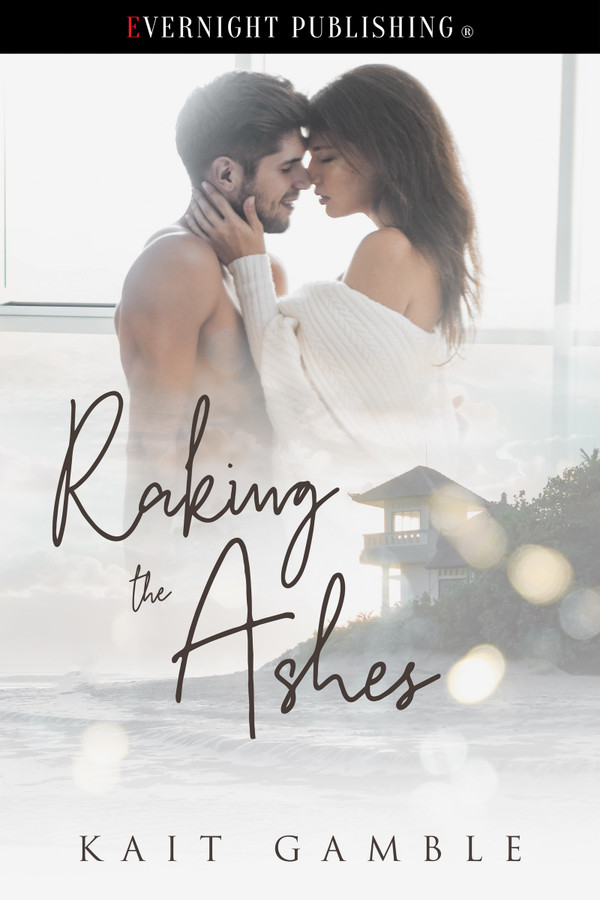 Tamara Roberts only wanted to live her life and write her novels. After living hard and fast in her youth, life now happens almost exclusively on the page for Tamara. Her carefully constructed life is torn apart when her long estranged husband makes an appearance on her doorstep looking too sexy for comfort.

Peter Worthington has one request before they part ways for good—that Tamara comes to make peace with his dying father. But the simple request comes with a huge tangle of complications. He never expected devastating revelations to be uncovered or for the chemistry between them to still be explosive.

But will the truth bring them back together or tear them apart?

Watching her focus on her work was fascinating, though. The way she crinkled her nose when she couldn’t think of a word or the way her lips parted and her tongue poked out when she was completely engrossed in what she was thinking was new to him. When they’d first met, Tamara had been much less serious. She was quick to smile and so open. Her ability to trust people she’d only just met scared the hell out of him.

No chance of that now.

Tamara was hard. Almost cold. What the hell happened to her? Maybe she was only this way with him? It would make sense after everything. And how else would she get a new man if she treated everyone this way?

It irked him. They’d been so close once. And now? She treated him like the enemy.

There were a lot of questions that he needed to ask. They weren’t likely to get answered if she was a guarded wall of ice, however. How was he going to get through all that when just breathing the same air as him pissed her off?

Peter let her write while he thought back to the end of their relationship and what his father had said when he’d seen her earlier. Then there were Tamara’s reactions to everything. Nothing added up.

Lost in his thoughts, he gave up trying to get any of his own work done and just watched her and tried to figure out what was going on in her head.

Then he had an idea.

Knowing she wasn’t going to wander over and see what he was doing on the screen, Peter quickly opened up a browser and searched for her pen name. The sheer length of the list of books that came attached to it staggered him, as it had the first time. Tamara had been busy over the past few years. He had been impressed before by the huge number of books and numbers sold. What she wrote resonated with readers. So she knew what she was writing about.

But didn’t authors write what they know?

His theory was that whatever was in her books was commentary about her own life.

It was a stretch, but at least it was something to grasp onto.

He added each book to the shopping cart and hit buy.

A quick look through her site showed an author who was warm and friendly but also quite reclusive. Comments about her own life were few and far between but when there were any, she spoke about it in broad terms. Photos were rare but the ones he’d seen showed images of places around the world but none of herself. It made sense, he supposed. She was writing under a pseudonym, after all.

But why hide from everyone? She obviously had talent and her readers loved her for that. Why not bask in it?

All that adulation was being wasted on a figment of her imagination.

Still, it was her choice. A strange one, in his opinion, but ultimately up to her.

Tamara mentioned in her blog that there was a book forthcoming. The date of that last post was several months ago. The ones before that were more regular. Could she be having trouble with this book?

He glanced her way. It certainly looked like the process of writing the book was driving her crazy.

So what happened? It couldn’t have been him. He might have wrecked today for her, but everything before that wasn’t his fault.

It had been hers.

Their blissful little world had come unraveled at the seams because of Tamara and her unreasonable expectations.

And there was no excusing what she’d done because she couldn’t have her way.

He had to remember that.

Peter’s heart hardened once more at the memory of how she’d once torn it to shreds and stomped on what was left.

Why was he bothering to play nice when she had no intention of ever doing the same? Sure, she’d come today but only because he’s forced her to. Even telling her how ill her father was hadn’t worked initially. What kind of cold-hearted woman couldn’t immediately find it in herself to visit a man who had once taken her into his home?

Gritting his teeth, Peter slapped his laptop shut and tossed it onto the seat next to him.

The move apparently startled Tamara because she jumped. The movement was enough to bounce her breasts behind the satin drawing his gaze. The fact that he was so interested in the curve of them and the hard little points her nipples made pissed him off even more.

Tamara didn’t argue. In fact, she looked relieved as she gathered her things. She mumbled goodnight and disappeared into her room.

Tomorrow. Things would go back to normal tomorrow.

He headed to his own room and shut the door with a bang. The sooner they finished this, the better, as far as he was concerned. They had no business being anywhere near each other.

Together they were toxic.

But the sex … that had been scorching.

Sure, they had both been younger and drenched in hormones, but he liked to think he could give his younger self a run for his money. What had Tamara learned in the time they’d been apart? Because the thought of her learning sexual skills from some other man induced blinding rage, he steered his thoughts toward what she looked like in the night dress.

Her younger self would have been all over him in appreciation for what he’d done for her today. She would have wound herself around him and peeled off his clothes to show him just how much she welcomed his gifts.

Then they would have spent the rest of the night finding creative ways of expressing their love for one another.

Shit, he was getting hard just from thinking about it.

Peter stalked to his bathroom and turned on the shower hot and hard. After kicking off the bottoms, he stepped under the punishing spray.

No matter how cold she was toward him, the memory of what she was like under that ice was enough to drive him crazy.

Since going their separate ways, he hadn’t had any interest in women or taking himself in hand like a teen. Yet here he was. A few hours with Tamara and there he was jerking himself off in the shower like the pathetic mess he obviously was.

Closing his eyes, he gave in to his body’s demands. The water sluicing over him became Tamara’s hot hands exploring his equally heated skin. She always knew where to touch him to drive him wild.

She would drag her lips over his chin, down his throat. Tamara would tease his nipples with her tongue before following the valley between his abs to her true goal.

He gripped himself tighter, stroking from root to tip, imagining her hands and mouth engulfing him now. The memory of how she would lick and suck him like a woman starved pushed his long-dormant body over the edge.

Pleasure tore through him, leaving him weak and grabbing the wall in an effort to stay standing.

Breathing hard as his heart rate returned to normal, he quickly finished up in the shower and slung a towel around his hips.

If the memory of her could do that to him, what would the real woman do?

This is one of these books that drew me in, and that is normally not what I do with contemporary romances, but I really enjoyed this book. Tamara is an author with a past... a past that includes a husband she is still married to but hasn&#039;t seen in years. When he walks back into her life, all the old feelings of hurt threaten to pull her down. And almost as soon as I read that, I decided I was not putting down this book until I found out what happened when the truth does come out, will it matter or has too much time passed to make it right? The author kept a good pace without bogging down the story. I liked the fact that she let the characters play out naturally and didn&#039;t force them to quickly or hurry and of the story!