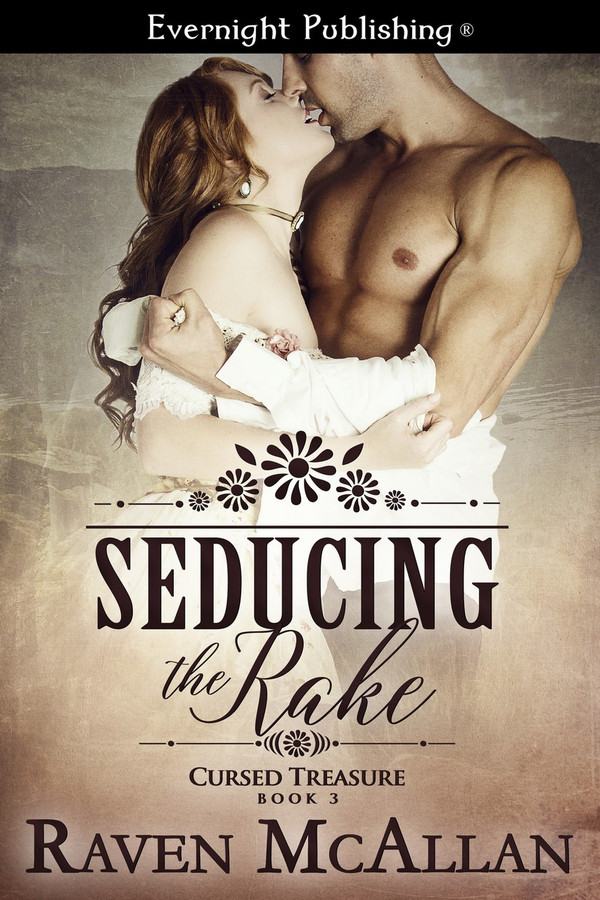 She had to pick the one rake determined to be honorable...

Cecily Birch has had enough of chinless wonders and men puffed up with their own importance to last her a lifetime. No way will she marry one of them. Not least, because she wants a marriage like her parents have—filled with love and fidelity.

Nicholas, Viscount Tilton knows he needs to marry, but the young debs he encounters leave him cold. If only the right woman would just cross his path…like the mystery lady he encounters on his way out of the capital.

When Cecily is thrown off her horse, and wakes up in the arms of Nick, things get truly interesting, especially as she has no memory of who she is—only that she wants Nick.

Nick, on the other hand is determined to stay honourable—if only they could keep their hands off each other.

“You are.” So why wasn’t he happier? Good heavens, not twelve hours earlier he hadn’t known Mystère existed and now he was disappointed she was remembering things to aid her recovery.

Nick decided he was not a nice person.

“You see? Little things, when you are not trying to remember, will pop into your mind.”

“With a few nudges from you,” Mystère said. “Nudge me some more. Go on, please just a tiny one.” She bumped hips with him and sniggered when the cognac spilled over his fingers. “Oh dear shall I dry them for you?”

“Lick it up?” Damn it, why couldn’t he stop the sexual innuendos? She was an innocent. Deep down he recognized that.

She swiped her lips twice with her tongue. The gesture sent every sense he had into a frenzy. “If you like.” Her voice was husky. “If you show me how.”

Does she even know how provocative that is? He thought perhaps not.

“It’ll be all right,” Nick said gruffly. “By the time we sit down they’ll be dry.”

Did he really hear her say what a pity? Surely not?

She blinked and opened her eyes wide as she sank onto the chaise. “I said, let’s hope they’re not sticky.”

“Indeed.” Nick didn’t believe her for one moment. He passed her one of the glasses, and sat in a ladder back chair at right angles to her seat. “Your health.”

The silence was not as comfortable as it had been earlier. Nick kept his mind away from her body, her words, and his needs.

After several minutes of staring at her glass, Mystère fidgeted.

“Nothing.” With a grimace, she crossed and uncrossed her ankles. The cloth’s sides moved and showed some leg. He thought she hardly noticed.

“Everything. Something.” She sighed. “Nothing.”

Nick snorted. “That covers every eventuality, then. Try again. Mystère, what ails you? Apart from your lack of memory, and yes, I agree that is something large to loom over you. But what else? Truthfully now.”

Mystère bit her lip, took a healthy swallow of cognac and stared into the glass. “It’s empty,” she said in a voice full of surprise. She put the drained goblet on a side table and stood up to look down on him thoughtfully.

Nick nodded. “If you will.”

“And you will not think me forward or a freak?”

He shook his head. “Is there any reason why I should?”

“I don’t know, that’s the problem. I have no idea what’s happened and goodness me am I sick of reminding us both about that. However…” She turned in a circle, and then knelt on the floor at his feet. This close her perfume mingled with her cognac-scented breath and the blue-green flecks in her eyes sparkled in their cloudy depths.

“Why each time you tease me, suggest we become closer, hint at things you want to do with me, why then do you draw back?”

He stared at her slack jawed. It was the last thing he’d expected to hear.

“Draw back?” Damned if he didn’t sound like her echo.

“Exactly. Draw back. You’ve told me I’ll be yours, promised it in fact. So therefore when?” She drew herself up to rest her head on his chest.

Red-hot heat, whether anger or desire, Nick couldn’t fathom out, filled him. Rolled over him and through him. Oh yes his staff responded with fervor, hoping, and showing what he wanted. But and he knew with certainty want was not enough. Want, as his mother often told him, must be his master.

“When you know who you are.”

Mystère jumped. “I beg your pardon? When what?”

“You heard me. Once upon a time, I might well have taken you up on your words. Indulged myself and taught you what works well between a man and a woman. However, I have more values these days. I will not deflower a virgin.” He grinned. “Well, not until we both know who she is.”

“How do you know I’m a v…virgin?” Mystère stumbled over the word. If nothing else it proved to Nick his theory of her chasteness was correct.

“Either a virgin or you should be wooing the crowd in Drury Lane, my dear. Your innocence shines like a beacon. Oh I know you’ve teased me, and I you, and your interest is more than tempting. However, you don’t know where the line not to cross is, or even what it is. I both know and will not cross it. Not yet.”

She muttered something under her breath. Nick judged that by the look on her face it was directed at him and wasn’t complimentary. He chose not to ask Mystère to repeat herself.

“What if that never happens?” Her voice quivered. However so did her lips, and Nick hid his own grin. Definitely Drury Lane. Were any of the actresses missing?

“I might grow old and shriveled up, and still be like this,” Mystère said and gave a large heaving sigh. “Here, with you, untouched…never to experience the feel of a man…”

“Enough,” Nick said hastily. Really, did she know how aroused she made him? How he wanted to take her in his arms and tell her there was nothing to worry about, he’d do anything she wanted. Which was so unlike his normal self, he almost shook his head. “I’m sure it won’t come to that.”

True enough. Nevertheless. “I am reasonably sure you’re not local, are well born, and before long someone will be wondering where you are.”

“And then it will be too late,” Mystère said mournfully. “I’ll be taken away, and never see you again.” She pressed her chest against his. Each breath she took rubbed her breasts up against him. Nick had a hard time containing his pego in his pantaloons and holding his inclination in check.

“No never. And stop that, it isn’t right. I’m trying to be a gentleman, it’s damned hard, and whatever you say, you’ll thank me for it later.”

“Because you’ll come to me as yourself, with all your wits about you, freely and openly. I promise I will find you and ask.”

“Dammit, I want you now.” She tapped a rhythm on the chair arm with her fingers. “Now, not maybe, sometime.”

“Argh.” Mystère got to her feet and paced the room. “I have to be in the hands of the only person who admits to being a rogue with gallant tendencies. Why me? Why couldn’t I have fallen off my horse before a proper rogue? One who would show me all the things I need to know. Want to know, and have no way of knowing. Life is not fair.”

Cecily wanted nothing more to do with men who only wanted her so that she could give them ‘an heir and one in reserve’. She wants to marry for love. On a trip to her godmother’s home she sneaks out one night to get some fresh air and to work on her art. What she didn’t plan on was an accident that leaves her unable to remember even the basic things in her life. When Nicholas finds her and takes her to his house he finds himself smitten. Smitten to the woman he finds on the side of the road. He wants to be the respectable man because he knows nothing of her and he doesn’t want to sully her life. But Cecily has other ideas, and that leaves the reader wondering what Cecily plans to do. We want to know everything about this couple. When things are returned to normal what will Nicholas do to get what he wants and what will Cecily do to get what she wants. This series is so fun to read. The characters are well developed and the story will draw the reader into the lives of these characters.