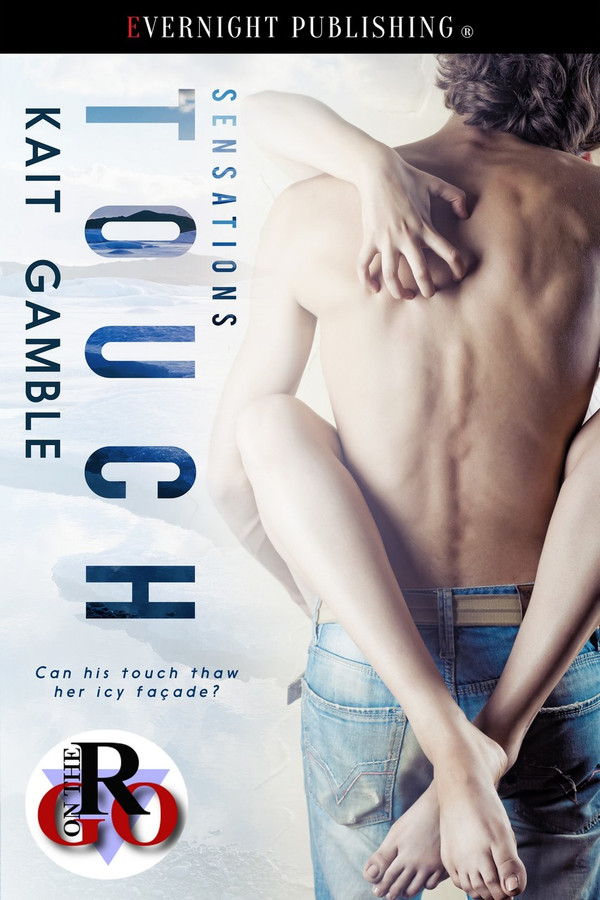 Can his touch thaw her icy façade?

Dr. Lily Cole might just be as cool as the surrounding ice to others, but awkward and shy Lily chooses to focus on her research rather than pursuing relationships. Her interests widen somewhat when she’s put in charge of showing a handsome philanthropist around the facility in the hopes of acquiring much needed funding.

Kieran King is used to having people fawning over him so when he meets surly Dr. Cole, he’s intrigued. His research has deemed them a good cause but the main draw is meeting the fascinating researcher. Challenged, he’s determined to show that he has knowledge as well as skills he’s more than willing to share with her. In and out of bed.

But will Lily let him?

Lily arched against it, needing more contact. More friction. She was so close to a bone-melting orgasm. The slightest bit of pressure, just right, and she’d explode.

Kieran seemed to sense her predicament. “Yes, most definitely there.”

Apparently, he wasn’t going to give it to her just yet. Kieran started unbuttoning her jeans at an almost leisurely pace.

In direct contrast, she gripped his sweater, dragging him to her so she could tear it off. She’d never hated layers more than when she encountered yet another barrier. Lily ripped at the buttons of the shirt he wore beneath. She wanted him as wild and wanton as she was. It was only fair, after all. She wanted to see what was underneath that control. If she could break it.

The first glimpse of taut skin over hard muscle had her salivating. What would he taste like? Before she could get to that point, however, she wanted to feel him.

Pushing the shirt off his shoulders, she pressed her palms flat against his solid chest, absorbing the warmth and feeling the latent strength there. While he wasn’t massively muscular, Kieran was incredibly well built and undoubtedly masculine. She couldn’t wait to see if the rest of him was just as tantalizing.

She hesitated after running her hands over his ab muscles. Then her fingers reached the waistband of his jeans.

Lily tipped her head back to look at him. If he was stopping now…

He ran his finger along her jaw, keeping her eyes on his. “I want you to know that this in no way affects whether or not I decide to fund your research. I had already planned on giving you and everyone else at the facility whatever you need.”

“Really.” He brushed his lips against hers. “I did my own research. I know what you’re doing here is worthwhile. I’m willing to provide you with anything you want.” Kieran tasted her with a quick dip of his tongue. “And need.”

And what she needed right then was him. Naked.

Yet she couldn’t help but tease him. “I guess I don’t have to go through with this, then, since you’re already giving us the money.”

He reared back, but the shock on his face faded when she giggled.

“You had me there for a second.” Kieran tugged her jeans down. Clearly in more of a hurry than he’d previously been.

She helped him get them off before assisting him with his own and throwing the garments aside.

The instant they were free, he picked her up and pressed her against the wall. “If you’d stopped us, I don’t know if I could stand it.”

“I know what you mean.” She let her gaze rove over his body and wasn’t disappointed by what she saw. Kieran was a very handsome man and perfectly proportional. Except for the very large erection that was prodding her in the stomach. She jerked her attention upward to meet his cocky smile.

Lily let him hook her legs around his hips, giving her intimate knowledge of his cock as he walked them to her bed. It seemed too small and narrow to fit him let alone both their bodies, but he didn’t seem deterred. Carefully laying her on the bed, he stared at her lovingly as he kneeled over her.

Kieran lowered his head. When she expected his lips back on her skin, there was nothing. Then he blew a stream of cold air over her breasts and watched with satisfaction clear on his face when her body reacted accordingly. He opened his mouth wide, then breathed hot air over her stomach just a moment before he slid lower.

Lily couldn’t hold back the gasp when he wedged his shoulders between her thighs and closed his scorching mouth over her. Stars sparked in her eyes when he alternated tasting her arousal with long lashes of his tongue and sucking her clit with devastating skill.

Strong hands gripped her hips, almost as if he knew she was about to fly off the bed.

Then, with a flick of his tongue over the sensitive bundle of nerves, pleasure crashed into her. Lily gripped his hair as she keened her delight. Kieran didn’t let up until she tried to push him away from her overstimulated body.

Heart racing and gasping for air, Lily tapped him on the shoulders. When he looked up at her with a hopeful smile, she beckoned him upward until they were face to face and he rested hip to hip with her.

She grinned. “Well, I’ll admit your theoretical knowledge is impressive. But I’m interested in seeing if you can wow me with the practical.”

Lily and Kieran are great together. Touch is a sweet and steamy short read.

Lily loved her work at the Antarctica station. Sure, there was endless ice and cold, but Lily could see the beauty in the multiple hues of blue and white. And in the between-seasons, when there was just a skeletal crew and little need to share her equipment, Lily could get a ton of her work done. When the site manager explains just how dire their funding situation is though, and pleads with Lily to woo a potential patron, Lily reluctantly agrees to show Kieran around her beloved station. I found this to be a fun and sensual story. I loved how Lily and Kieran didn’t just jump straight into bed, but spent a little time together, exploring their chemistry and having some fun. I thought the author did a good job showing the reader some of the more sensual side’s to Lily and Kieran’s characters. Lily, in particular, started out to me as a fairly straight-laced scientist, interested in her research and determined to be more focused on data and what she could prove, rather than revel in the sensual woman hiding deep inside her. Watching Lily open up, and allow Kieran to bring that more feminine side to her personality out was lovely and really helped sell the story as a whole to me. Kieran was a little two-dimensional for me, far more than just a handsome playboy, but I didn’t get as good a feel for his character as I did Lily, which I felt was a bit of a shame. When Lily and Kieran finally came together though, the chemistry and attraction between them – which had simmered nicely for the first half of the story – really exploded and I loved watching them both relish and indulge in their sexuality. The story then moved on from a steamy, sensual style of story to a strongly erotic one and I loved their sizzle on the page. Sensual and steamily written, this is a really lovely short story. I loved the science aspects to it – both from Lily and Kieran’s perspectives – and found the setting of Antarctica both exotic and interestingly written. With strong characters and a good plot this story checked a whole bunch of boxes and was a good read that I thoroughly enjoyed.