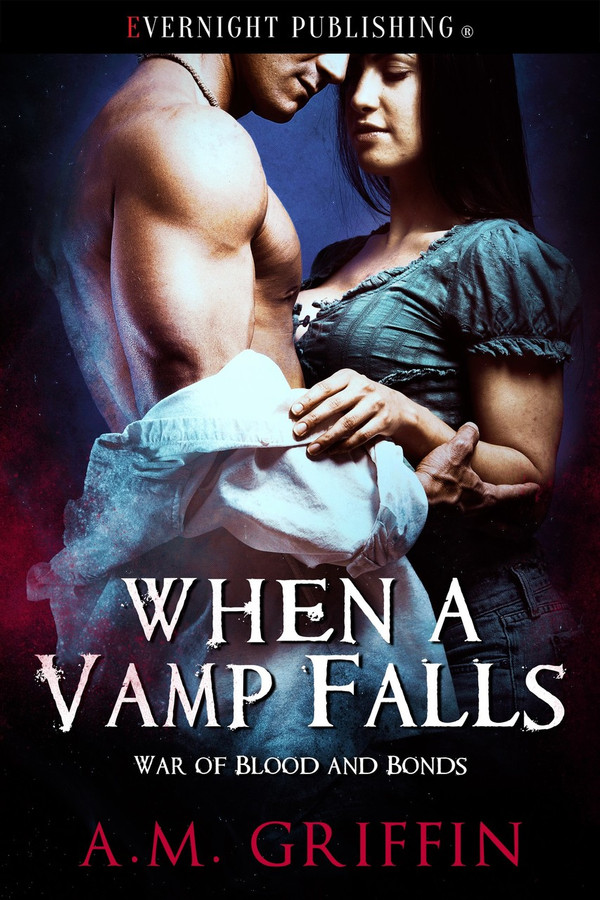 War of Blood and Bonds, 1

Danya Evans’s normal everyday life is turned upside down when one good deed lands her on the opposite end of fangs. The fangs happen to be attached to the sexiest man she’s ever seen.
She knows that she should stay away from the vampire who almost kills her, but everything about Ramsey calls out to her heart and soul.

Ramsey Moreau, a Vampire who has walked Earth for thousands of years has two regrets. The first is underestimating the two new vampires who’ve found their way into New Orleans and the second is stealing blood from the trusting human he can't get off his mind. His world is mundane to say the least, but when Danya is around he finds a reason to live and love again.

He'll stop at nothing to keep her safe from harm—even go to war to protect the one he loves.

Death by sun meant fire, more pain, and more screaming. As far as Ramsey was concerned the whole ordeal would’ve been an overall drawn out affair.
But he was ready for it. He’d planned to greet the sun like a big boy.
Until his ego reared its ugly head.
There was no fucking way he would be taken out by two piddly fledglings. His self-preservation kicked into high gear.
He’d struggled, trying to get himself to safety. Wait out the impending sunrise in the shadows. But he couldn’t move. The blade had severed the tendons in his legs, and the force of the blows had crushed through his knees, just to name a few of the injuries.
In vain he’d tried to establish a telepathic link with Marcos, but he couldn’t block out the pain and concentrate long enough to complete the thought. Without help he was good as dead. His only hope had been to use his dwindling energy to psychically call for help and pray that a passerby came to his rescue.
It had worked, and now because he’d turned his back on an enemy, he had to steal.
Ramsey didn’t want to take her blood without her permission, but with death at the front door and his ego urging him on, he had no other choice. The moment the woman had stepped into the alley he’d caught her scent. She smelled like the sweetest flower, rising above the stench of piss, feces, throw-up, and garbage. His instincts kicked in overdrive.
He needed her.
Her blood pumped hard and fast through her body. The sound weighed on his ears, his mind driving him to rise up and devour her. He struggled to move, unable to keep control.
He’d willed her closer.
She’d come with tentative steps.
Closer.
He’d stopped breathing. Her scent drove him insane. His body demanded the blood in order to survive.
Blood.
Mentally, he tried to lure her. He’d tried and tried but couldn’t focus on the thought. Her blood was all he could think about. It consumed him.
“What happened to you?” she asked in a soft whisper.
Come closer. “Jumped. Stabbed. Dying.” He could barely speak. He’d wanted her so badly.
She stayed where she was. Red clouded his vision. Blood lust set in. He needed her. Now. He’d tried to lunge, but his body wouldn’t cooperate. He whimpered in frustration, pain, and need.
Come closer.
“Do you have a cell phone? I have to call for help, but I left mine at the hotel.”
He didn’t have one. There’d never been a need. Everything he wanted to tell Marcos was done telepathically. He opened his mouth to tell her no but changed his mind at the last second.
No. Then she’ll leave. “My … my back pocket.” He could barely talk anymore, his energy draining fast.
She’d rushed to him and kneeled at his side. The sound of her blood pounded in his head. He couldn’t stop himself, and he breathed her scent in.
Delectable.
“Holy shit. This is all blood. You need an ambulance, mister.”
She pushed against him. Her hands roamed his butt, searching for a phone that wasn’t there. With all the strength he could muster he grabbed her, holding her in a vise-grip. She struggled against him, but even dying he had more strength than she did.
“Hey. Wh-what are you doing?”
“Sorry about this.”
He’d opened his mouth wide, his canines elongating in response. She looked on in horror, her screams caught in her throat as he descended on her neck. His teeth pierced her skin, and immediately the warm rush of blood filled his mouth.
She’d tasted better than he’d ever imagined.

I liked &quot;When a Vamp Falls: War of Blood and Bonds Book 1&quot; by A.M. Griffin. I loved her take on a vampire story and I really liked that she threw a lot of humor in and made Dani relatable as a female lead in the story. The plot was a good one but I had trouble with some of the transitions; it got a little confusing but all in all this was a sweet and enjoyable read.

Loving a Vampire by Sam Crescent

Dinner for Two by Eileen Griffin