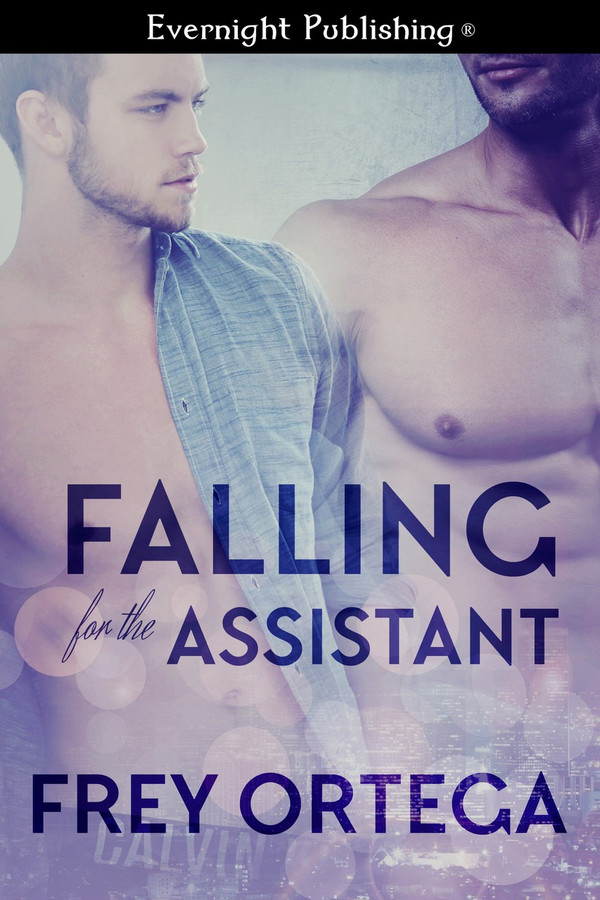 Caden McCullough is twenty-two years old, a fresh graduate, and has been working for a few months as one of the assistants to social media mogul and billionaire, Raphael Shepard. Caden has been hiding feelings for his boss for some time, not knowing that his boss actually feels the same way.

Raphael Shepard isn’t very good with emotions. He’s good at two things: making money, and managing his thriving empire. When he realizes he might like Caden a lot more than he should, Raphael stubbornly denies it, and ends up obsessing like the worrywart he is.

Unable to keep their desires at bay, Raphael and Caden share in a passionate night together. Raphael can’t deny himself any longer—he’s falling for his assistant.

With these new emotions coming to light, will their recently consummated relationship be able to withstand an onslaught from Raphael’s past, as well as his worries for the future?

Why couldn’t love and relationships be as quantifiable as finances, or the stock market, or economics? Raphael closed his eyes and leaned back against his couch beside Serena. He felt his friend’s warm hand gently rubbing his shoulder. “Emotions are so difficult,” Raphael whined, furrowing his eyebrows. He placed a hand over his face and tilted his head upward to stare at the ceiling. “I haven’t even done anything with him and already I’m acting like a crazy person.”

“I admit, it’s a little intense that you went and got drunk thinking about whether or not you like this guy, but you’re a good person. It’s surprising, and a little mystifying, to see you have such a strong response to someone you have a crush on. Maybe you like this guy more than you think, and if so, shouldn’t you take the time to try and get to know him better?”

“See, that’s just it,” Raphael replied. “I have a crush on him and already I’m acting like a crazy, jealous person. I’m his boss. Human Resources would have a field day with the kind of shit going through my mind right now.”

“Remind me never to meddle in your personal life again, then,” Serena murmured, smiling mischievously at Raphael. “Seriously, though, you’re acting like having a crush on the guy is the end of the world. You like him. Make him know it. Take the time and build a relationship. He’s not going to be your assistant forever.”

Raphael groaned. “I hate it when you’re right. But what can I do? When I fall, I fall hard.”

He thought about what exactly made him like Caden McCullough in the first place. The young man had an easy confidence and a happy-go-lucky personality. He was also firm and assertive, and didn’t take anyone’s crap, even Raphael’s.

In the past few months since becoming Raphael’s second assistant, Caden had amazed Raphael by figuring out how he felt from their first conversation of the day. It was a skill that still awed Raphael to this very day.

Caden never once complained to Raphael about his work load, even when Raphael saw how tired Caden was or how sluggish the young man walked in the morning. Dressed in his stylish, yet not always work-appropriate suits, the man was quick with a well-timed joke or a comment that was just inappropriate enough to cut through any tension. Most of all, he was attentive to the little things.

There was an indelible mark left on Raphael’s heart, and Caden was the reason for its existence.

Knowing all of that freaked Raphael out. He was a goner, and he knew it.

Serena had pushed him off the deep end, and now he had to come to terms with how he felt for Caden.

The entire time, Serena’s expression slowly changed from staring intently at him to grinning widely. “Wow, I didn’t think you actually felt all that.”

“Was I saying all that out loud?” Raphael blurted out in surprise. Serena nodded. He groaned, placing a hand on his forehead and taking a deep breath. “Goddamn it. I really am wasted.”

“Well, if your feelings for the guy are that deep and you’re able to communicate them to me, then I agree. You’re drunk as hell right now, and I suggest you drink a lot of water and get to bed before you do something you regret.”

Raphael nodded. “I think that’s the smartest thing you’ve said all day,” he muttered, garbling some of his words. “What room is Caden in?”

Fresh out of college and Caden McCullough has picked up a dream job, even if he is on call twenty-four-seven. It is a good thing his boss is a decent man and drop-dead gorgeous. He is also a total workaholic. Building a company from the ground up is not easy, even for a man as wealthy as Raphael Shepard. He spends nearly every waking hour immersed in his business ventures, barely taking time to eat or sleep. Moving clear across the country at a moment’s notice is not Caden’s idea of a good time, until he sees his new living situation. The sumptuous apartment he is staying in with Raphael is beyond his wildest dreams, but it is the man himself who is making all of Caden’s wishes come true. Raphael is falling hard and fast for Caden as well, when his nasty ex starts stirring up serious trouble. He just hopes Caden does not turn tail and run when the vultures dive in to pick them apart. From their size to their personalities Caden and Raphael are polar opposites, although they blend so seamlessly it is barely noticeable. Raphael is a total type “A”; worrying, fretting, and fighting to make it all work. Caden; however, is the calm to Raphael’s storm, which is what I feel makes them so fantastic together. I love the lighthearted sexy vibe this author gives to her characters, and cannot wait to read more! - See more at: http://www.coffeetimeromance.com/BookReviews/fallingfortheassistantbyfreyortega.html#.VyXx7MKZ-pp

The thing I love most about a Frey Ortega book is that the chemistry between his characters is always off the charts hot, and this book is no different! It is so easy to lose yourself in a story if you connect well with the characters and they connect well with each other, and you have that here in spades! Caden is an assistant to mega rich media mogul Raphael, and he is good at his job and works hard at it, what he doesn&#039;t know is he has caught the attention of his super hot boss and not just in a professional way! Caden finds himself in LA for a time while Raphael&#039;s west coast assistant takes maternity leave, and little does he know his life will change with a quickness within a day! Raphael drinks too much and Caden finds out what he means to his boss, and it is quite a shock to say the least! Can Caden deal with dating Raphael and being in the spotlight and having his life put under a microscope? If so there is still someone from Raphael&#039;s past that wants to see him fail at all costs! You guys will love this book as much as I did! Grab it today and enjoy the ride! Thanks Frey, for another splendid story just like all the rest! I received this book in exchange for my honest review!