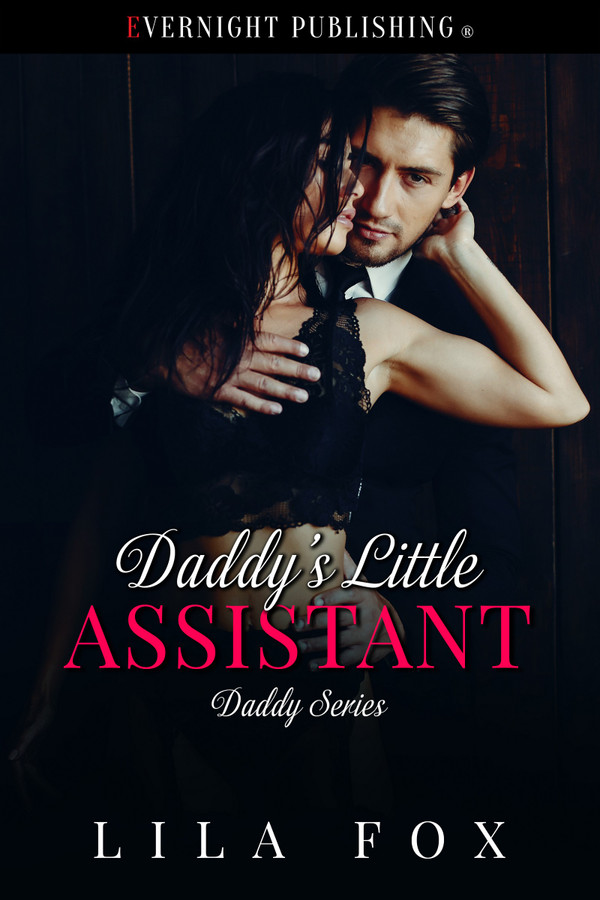 Kinley has no place to go after her parents die when she's a teen. She was sent to a private college but was at a loss of what to do when she graduated. Thankfully, her only living relative, her cousin, stepped in and gave her a place to live and a job. If she still felt alone, it was okay. At least she was safe, right?

Eli lost his partner and needed something to do to keep from losing hope that life would be decent again. For something to do, he agreed to become a partner in a business his friend Devon owned. When Kinley dropped into his lap, her sad, soulful eyes and sweet disposition melted something inside of him and made his outlook on life brighten.

But several people are determined to take that away from him, but he’ll do whatever it takes to keep her in his life.

When he pulled her nightgown up and off, she stiffened, but she didn’t try to stop him from touching her.

“Let’s get these panties off. I want to see my woman.”

He pushed the blanket down and pulled her panties down and off. His hand went to her stomach. “How are we doing?”

“Good.” He pressed a kiss to her belly button and smiled when she giggled. “Ah, are we a little ticklish?”

He pushed her legs apart. “Easy,” he said when she started to panic. “I’m just going to make you feel good, baby.”

Eli separated her pussy lips and blew on her clit. He smiled when she cried out in shock and arched off the mattress. He bent forward and took the little button in his mouth and sucked, making her scream.

“Yes,” she hissed and clutched the blanket on either side of her.

Eli started to press a large, blunt-tipped finger into her cunt and stopped when he got to her hymen. He felt around and tried to determine how thick it was but kept licking her clit to keep her distracted.

He pulled out and pushed in two. After she was able to take that, he pushed in three. “Fuck, baby, you’re so tight.”

He slid his boxers off and rolled on the condom before coming over her. His braced arms kept him off her, and he used his thighs to push hers farther apart. He never stopped tormenting a nipple and her clit by rubbing against them. While she was enthralled, he lined up his cock and shoved his cock through her cherry and into her, not wanting to let the pain last.

She stiffened and cried out, trying to push him. “I hurt, Eli. I don’t want to do this anymore.”

Her body immediately relaxed, but the tears still slid from her eyes.

He gave her a few more minutes and kissed her, sucked on her neck and tits, touched everywhere he could reach to bring her passion back up. “Is it better?”

She bit her lip.

He pulled out of her tight cunt, watching her expression the whole time. When only the head was in, he started back.

She nodded and kept her eyes glued to his.

He kept at her, slowly building the speed and depth of his thrusts. His heart tripped in his chest when she started to tighten on him, and her eyes got big.

“No,” she said as her nails bit into his shoulders. “It’s too much.”

“You can.” He cradled her head in his one hand, and he snuck the other between them to press against her clit as he continued to thrust into her depths. “Remember, I would never let anything happen to you.”

Three more thrusts and she arched as a scream tore from her throat.

“That a girl. Keep it going.” He slammed into her a few more times before he felt himself come. It hit him hard and was almost painful but in the best sort of way.

He lay over her, propping himself up on his arms until his heart and breathing became more regular. When he had the strength, he raised his head and kissed her lips. “You stay right there. I’ll be right back.”

He walked into the bathroom, disposed of the condom, and wet a washcloth.

“Wait, what are you doing?” she shouted and tried to block his hand from going between her legs.

“I’m taking care of my little, and she’s going to let me.”

She stared at him for a brief moment and then released her hold on his arm.

“Good girl. There’s nothing to be embarrassed about. I was just inside you, baby.”

He bit back a smile at the raging blush that spread across her face.

Eli threw the cloth into the bathroom sink and slid into bed. He pulled her up against his side and lifted her face to take her lips.

Kinley opened for him and gripped his hand that held her face. He kissed her several times and then pressed a kiss to her forehead before releasing her face.

He moved her so her back was against his chest, and he was spooning her.

He heard her breathing even out and then deepen.

“You’re mine now,” he crooned against the back of her head before he closed his own eyes and slept.