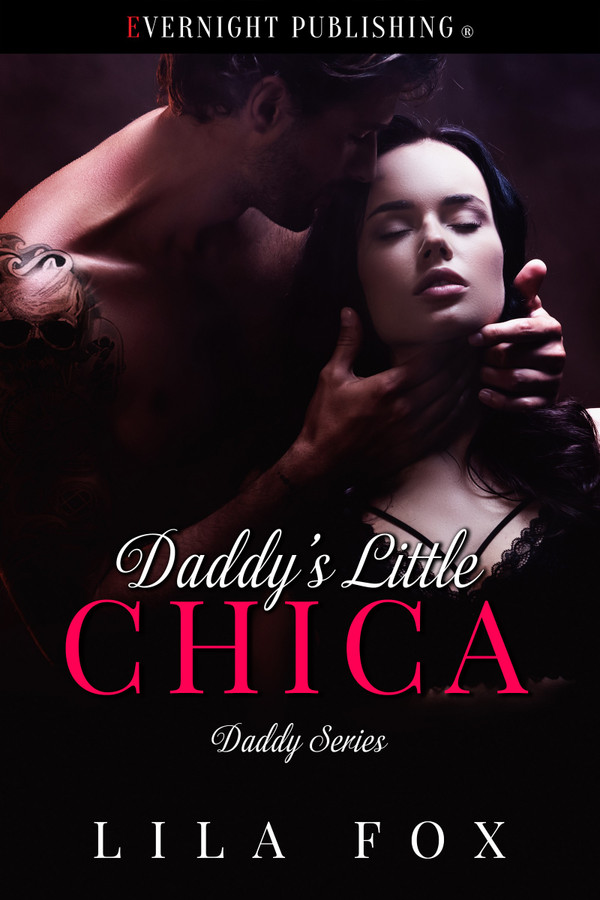 Amber hadn’t known happiness until she literally dropped into Cesar’s lap. Her first look at him made her yearn to be his in every way, but first she had to fight her family for the privilege, which didn’t end well.

Cesar is a man who knows exactly what he wants in his woman. Someone to give up control of her life and put it in his hands. When he comes across Amber, he knows she’s the one for him.

He doesn't realize how much danger she's in until he nearly loses her. She was made to be his little, and if he can't have her, no one else will ever suffice.

Fuck, she was so tight, he knew he’d have a problem getting his cock into her, but he wasn’t going to stop. He needed her more than anything in the world, and he would have her. He just knew he’d have to get her passion up so she wouldn’t feel it as much when he ripped through her hymen.

His mouth rose, and he took one of her nipples into his mouth as he continued to finger fuck her.

As he sucked strongly, he could tell it pushed her desire higher. She whimpered when his fingers and mouth left her.

“Easy,” he murmured as he grabbed a condom and rolled it on. He made a place for him between her legs and then cupped her face.

Her hands came up to clutch at his shoulders.

He groaned when he fit his mouth to hers, and her mouth instantly opened. He taught her that over the last few weeks, and now knowing she was a virgin, he’d have to teach her everything, which he was okay with. The thought of him being the only man to have her for her whole life made him moan.

He pressed his cock against her opening as he continued to kiss her and keep her passion high.

He pushed in until she cried out, and he could feel the skin he was about to rip through. He hated the thought of hurting her, but there was no other way.

An idea to distract her came to him. He reached under her, swiped some of her thick cream, and pressed a finger on her anus.

He pushed it into the second knuckle.

“Wait, Daddy. What are you doing?” she asked and tried to squirm away from his finger.

His finger started thrusting in and out of her ass, and he could tell that it was distracting her enough and building her desire so she wouldn’t feel the jarring pain as much that he was about ready to put her through.

A whimper came from her when he pushed through her hymen at the same time he pushed his finger deeper into her ass. He continued to move until he couldn’t go any farther.

He groaned. Fuck. He’d never felt anything that wonderful before, and he didn’t know if he’d survive it.

“That’s a good girl. See, you took my whole cock.”

Her legs came up to his waist, and her nails dug into his back as she squirmed to get him to move.

It wasn’t going to take long for him, and he needed to push her a bit. He started thrusting both his cock and finger into her, see-sawing them inside of her, so there was never a time she wasn’t filled with something.

Her head thrashed back and forth. “No.”

Cesar was ecstatic because that was all it took to push her over the edge. She tightened almost painfully on his cock and finger, but he continued to ride her through it before he took his own pleasure as he pumped into her a few more times.

When it was over, he sagged against her as his breath rushed in and out of him. He had come harder than he ever had before, and he couldn’t believe how much energy it took to hold himself up. He was barely able to keep his weight off of her, balancing on his elbows.

When he was steady enough, he pressed a kiss to her mouth. “I’ll be right back.”

He went into the bathroom to dispose of the condom and wash his hands. When he got back, she was asleep on her back with one hand on her stomach and the other on her chest between her breasts, and her breathing was easy.

He studied her for a long moment before turning off the lights and getting both of them under the covers.

He’d let her sleep for an hour and then wake her to get her to eat.

Contentment filled him. There was no place he’d rather be than there with her.