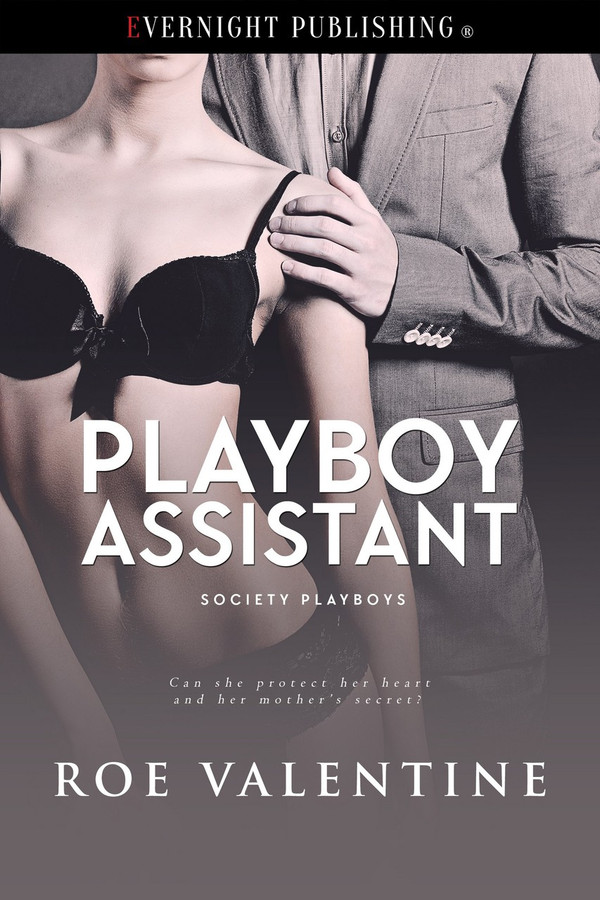 Jilted ex-bride Antonia Robuchon has been groomed to be a trophy wife her entire life. When her mother falls ill, Toni suddenly finds herself temporary CEO of the family business. Though against her life plan, she realizes she has what it takes to succeed in the workforce. While trying to convince the executive team of her value, she finds help in an unlikely source—her society playboy assistant, Fabian. The closer they get, the more she questions her initial opinion of him. Can she protect her heart and her mother’s secret?

Trust fund baby Fabian Pallis has a reputation of being a ladies’ man who can’t—and won’t—commit. When Fabian’s father insists Fabian prove he’s a responsible employee, he’s forced to work for an old classmate, Antonia, who grew up to be more stunning than he remembered. Sparks fly on day one, and he quickly wonders if she could be the one to change his relationship status. How can Fabian leave the job with work experience when all he wants is his boss?

“Goddamn it, Antonia, tell me the truth.” His voice was low and growling, like he’d let his animal instincts take over. It scared her a little, but excited her just the same.

She trembled. “So you’re with Camille again, are you? Or is she just a friends-with-benefits thing?” Her jealousy showed its ugly head. That she tipped her hand enough to show him such an emotion irked her.

“I’m not with her.” He palmed her throat. The soft pad of his thumb lay on her pulse as it raced. “And don’t change the subject. You owe it to me. Tell me why you lied to my father,” he demanded softer that time, leaning closer to her face.

Desire worked through her body, igniting her senses. “I… I…” She moaned, acutely aware of how close his mouth was to hers. All she wanted was his lips on her lips. His lips on every part of her.

“Tell me, Toni.” His fingers tightened on her throat. She gasped at the eroticism of being caged by him, demanded by him. Her clitoris throbbed with how turned on she was by his power.

And without thinking, the words came. “Because I don’t want you to go.”

His mouth crashed down on hers. He bit her lips, sucked her tongue and tangled it with his. They matched intensities, both taking exactly what they wanted. She took it all. His lips, his tongue, his touch. He slid his hand down to her sex and rubbed hard until she pushed away in fear of orgasming right there in the hallway.

“We can’t,” she croaked, trying to get her bearings, only finding the room was spinning faster with each blink.

Fabian pulled her against him. “Don’t run from me.”

She jerked away from him. “You don’t get it.”

“Oh, I get it.” He scrubbed the side of his head in exasperation. “Admit it, Toni. Admit I might be the one you want.”

“What kind of a fool would I have to be to admit that to you?” A spike of anger rose inside her at the thought of Camille and all the other women in his life. “The last thing I’ll ever be is your fool.” But she wanted to be, horrifically. She wanted him in the worst way for the worst reasons. She wanted to be his fool, his stupid fool who showed up at his place of employment and nagged about a future. She wanted to be just like the others. And that was plain stupid.

“You have no idea what you would be to me.” His eyes glistened with the words.

“And I’m not going to find out either.” She turned on her heel, reeling in what had just happened between them. Again. She ached deep within, regretting walking away, but knowing she’d regret it more if she stayed.

Playboy Assistant was surprisingly good. Usually I find office romances to be sexy and fun, but sometimes fluffy bits of romance. Playboy Assistant isn&#039;t fluffy by any means. It&#039;s sexy, definitely, but has substance. As Antonia and Fabian find themselves in a sexy, naughty relationship, I couldn&#039;t help but wonder exactly how it would fall apart. There&#039;s always a falling apart so that when they come back together, it makes the reader all the happier. And they definitely fell apart here, but thank God they came to their senses, because these two definitely belonged together! If you&#039;re looking for a fluffy, forbidden office romance, look elsewhere. If you want something sexy with depth, look no further than Playboy Assistant. I voluntarily reviewed an Advanced Reader Copy of this book received through NetGalley.

Love the dynamic between these two characters. Sizzling dialogue and a slick, contemporary tone to this workplace romance. Loved it. Can&#039;t wait for the next in the series.

The Playboy Bachelor by Lynn Burke