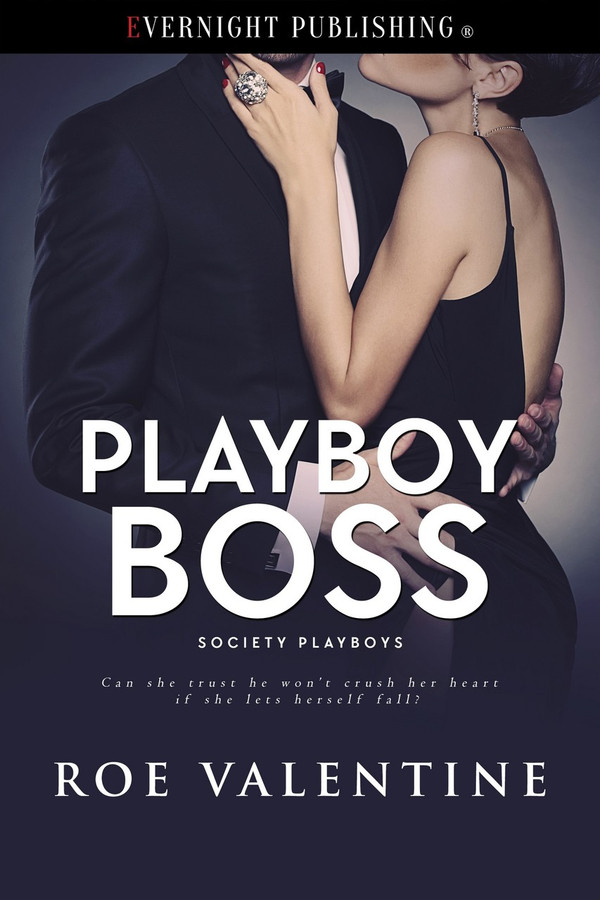 When ladies’ man Konrad Korr meets his new player-hating temp, Scottie Roberts, everything he believes about love comes crashing down.

Konrad Korr lives by the motto “work hard, play harder.” He’s used to women falling for him, but the idea of letting himself fall for a woman leaves a bad taste in his mouth. Then he meets Scottie, the temp filling in for his assistant, who doesn’t think he’s anything special. On day one, they butt heads, but on day three he begins to question his cynical view of love. When a hookup list of his recent conquests comes to light, will he be able to convince Scottie he’s turned over a new leaf?

Scottie Roberts doesn’t need a man. She needs a paycheck. Behind on rent, she takes a temp job with infamous playboy CEO, Konrad Korr. While she hates being an accomplice to breaking the hearts of his many women, she can’t help but fall under his spell in a moment of weakness. Determined to keep her heart protected, she denies the possibility he could change, especially when she finds a list of his lovers. Can she trust he won’t crush her heart?

“Was that one of your women?” Scottie’s voice came from behind.

He closed his eyes, his heart falling. Fuck. He turned, meeting her hardened gaze. How could he answer her?

“Will I have to send another bouquet of flowers on Monday?” Her words crushed him.

I’m such an asshole.

“It’s not what you think.” It was absolutely what she thought. And more. He scrubbed his face. “She’s someone I had a fling with earlier this year. That’s all. I haven’t seen her since.”

Scottie crossed her arms over her chest, spinning on her heels back through the living room with him following behind her until they reached the bedroom again.

“I don’t know who you are, Konrad.” She collected her clothes. “I see the Konrad who I swear makes me feel like I am the only person in the world, and then I see the other Konrad who has a different woman every day. Women who show up at his house unannounced. Women I have to send flowers to.”

He reached for her, though she pushed his hands away. He let out a sound of frustration. “You are the only person in the world right now.”

“Right now.” Her anger flashed through her ever-changing eyes.

“That’s not what I meant.” Dammit. He kept screwing up, saying the wrong thing. This was not his game. He had no idea how to get her back to where she was before the doorbell rang, when they’d been comforting each other, and he was thinking how much he liked her in his bed.

In a flash, she was dressing and walking across the massive bedroom again.

“Wait, Scottie.” He followed her, completely naked and not giving a shit. “Don’t leave. Talk to me. Please.”

She turned, her face flushed. “I can’t help how attracted I am to you, Konrad.”

“And I can’t help how much I am attracted to you.” The sweet feel of relief was on the wings, waiting to return. He needed to know she’d still want him when he could do this better, when he knew how to treat her the way she deserved.

“But I also know what I get with you.” She waved her hands in exasperation. “I can’t do this. Every time I think about who we are, I know this is too much for me. It affects me in a way you don’t understand.”

“Then tell me,” he pleaded, which sounded so odd. He’d never seen this side of himself. “I want to understand.”

Her teeth worried over her bottom lip and for a brief moment, he thought she was going to tell him. Instead, she shook her head. “I can’t fall for someone like you. I’ll hate myself.”

She turned, dashing from his room and through the living room and in the direction of the exit.

“Wait. Let me at least drive you back to the office if you’re not going to stay.” She’d left her car there.

“No. I’ll order a car.” She bumped her leg on the white leather sectional on the way to the door. He followed her, his wide stride keeping up with her fast legs with no problem.

“Be careful, love. Don’t hurt yourself.”

Spinning around just before she reached the front door, she held her hands up, making contact with this chest. “Stop it! Stop being sweet, Konrad. That makes it harder to not like you, to not want you.”

Their eyes met, lingered. Would she stay? He had no idea. He knew absolutely nothing about what she would do or say.

“You work for A-Plus Temporaries.” The need to take her in his arms was intense, but he didn’t dare touch her, not after she dropped her hands from his chest.

“I don’t feel the same as before.” Words flew from his mouth, words he should have kept inside. “I don’t want to be who you think I am.”

“But you are.” Her voice was soft.

When she turned, he felt the biggest hole in his chest emerge. Complete emptiness inside. And just like that, she was on the other side of the door.

The Playboy Bachelor by Lynn Burke