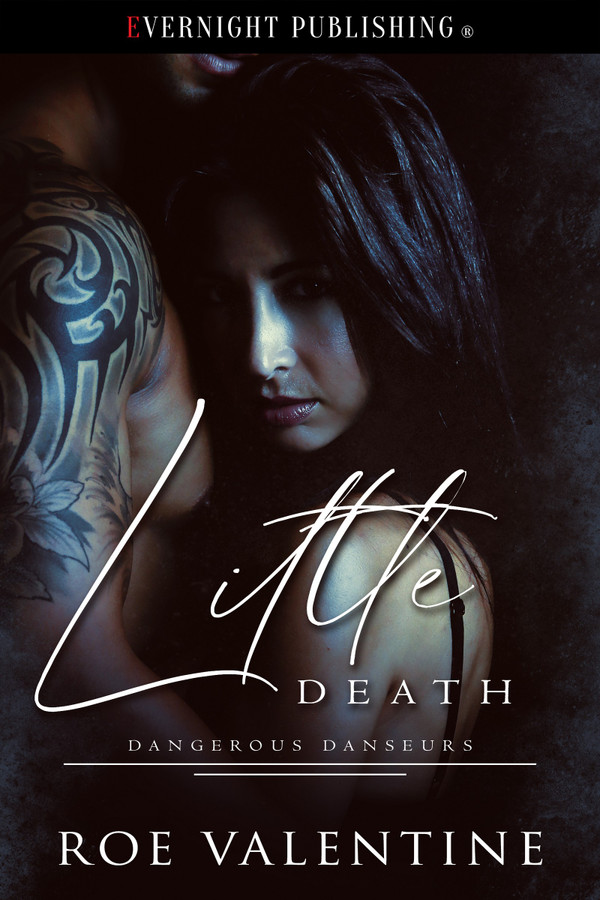 A grandiose ego pushes Mona MonDragon to pursue high school nerd turned gorgeous ballet dancer Ivan Boss. Unfortunately, her perceived sure-thing week of no-strings-attached sex isn’t so sure. Her ego takes a major hit when he not only rejects her but pretends he doesn’t know her. When she jumps through hoops to have him, she begins to question if what’s driving her to take such chances is something residual from childhood. Whether it is or not, all she knows is his wish is her desire.

Revenge drives Ivan Boss, and when the object of his hate comes back into his life after 10 years he battles the part of him that loves Mona with the part that wants her to pay for torturing him when he needed her most. The internal struggle heightens when he starts to see her as human, and he begins to question his ability to follow through with his ultimate revenge.

“Cut your shit, Ivan,” Mona said, eyes darker if that were possible as she glared at him through the mirrored wall.

“Excuse me?” He only caught her stare in the mirror, didn’t turn to face her. The mirror gave him space—an illusion of protection.

“You know me, Ivan Michael Boss. You’ve known me since you were five years old. Why the hell are you saying you don’t remember me?” Her eyes narrowed, and red colored her cheeks.

“I knew a Ramona when I was five years old. You are not her. I actually haven’t seen her since I was fourteen.” Fourteen is when she was initiated into the “in crowd” and left him for dead.

She was rendered speechless by his omission, and that annoyed him. He didn’t want the softness in her eyes to derail him, yet that’s exactly what happened. He looked away from her reflection, fully focusing on folding the towel over the barre.

When he looked up, she turned from the mirror and faced him full on—nothing between them.

A sly smile stretched over her full strawberry lips. “I thought we could have a … reunion of sorts while I’m in town this week.” Her lithe body slithered closer to him, a hand blindly finding the metal barre for balance.

He didn’t back away the closer she got. The slightest hint of vanilla wafted off her body. Sweetness identified. The look in her eyes could have dropped him to his knees, and he knew what she wanted. It was what they all wanted. She wanted to use his body for her pleasure. The notion of sex with him colored her face further, and he had a decision to make.

“What makes you think I want a reunion with you?”

Her face fell, the edges of her eyes narrowed. “When did you become such an ass?”

“About ten years ago.” He smirked, gaining strength from her pull on him.

She averted her gaze for a moment. What is she thinking?

“What are you asking me here, Mona?” he asked, forcing her eyes to meet his again. This time there was something odd in them.

She shrugged, though didn’t move back from the possibility of rejection. That was unexpected. Mona never got rejected—in fact, she did the rejecting. “Sex with no strings attached.”

He did his best not to gasp. Did he hear correctly? Did Mona outright ask him for sex? The tightness in his briefs caused him to shift his stance, not graceful enough as she turned her attention to his crotch and smiled at the display. He cursed his body for betraying him yet again.

“You want this?” He smirked again, knowing full well his cockiness went up several notches. The things I could make her do. How far would he go?

“I do.” There was no hesitation on her end, eagerness really.

“Are you sure about that?” The devious plan began to take shape in his mind.

She batted her eyes. “I came to your class, didn’t I?”

He chuckled. “Well, this is an interesting turn of events. But, I’m not worried about taking you up on your offer. In fact, I’ll fuck the shit out of you right now, but I don’t think you can handle what will come after.”

Her eyes grew wide. “What do you mean?”

Swiftly he grabbed her delicate hand, pressing it against his erection. “That you’ll never have this again after tonight. That could be devastating for you.”

She gulped, not taking her hand away, not looking away. “I said no strings.”

“With me, there will be strings for you.” He pushed her hand away. “Frankly, I could take it or leave it.”

She was breathless and unaffected by his curt remark. “I can handle it.”