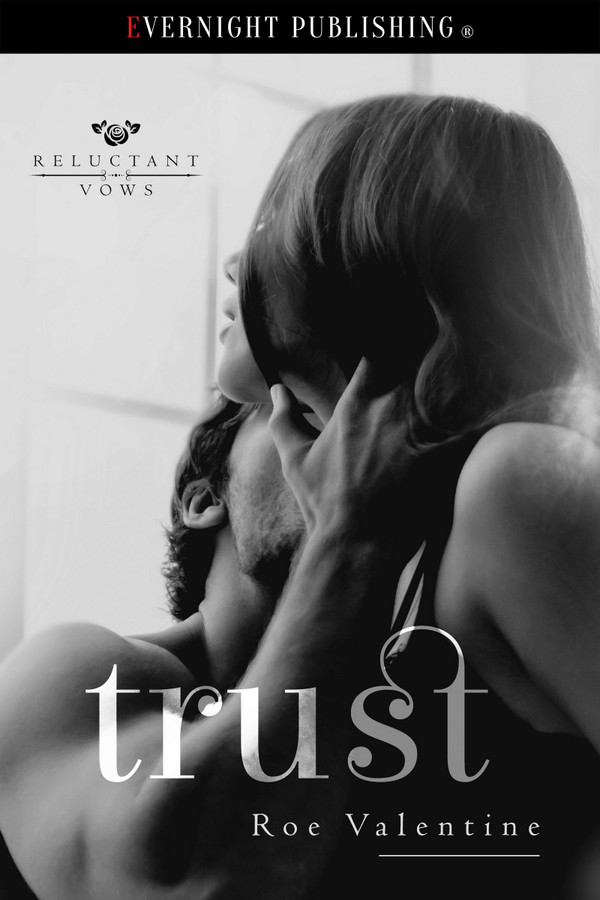 She needs him to keep her lifestyle. He needs her to elevate his career. Can they trust their fake marriage won't end in their worst fear—real love?

Social media influencer Julissa Alvarez finds herself completely alone when her wealthy father dies, leaving her penniless for fifteen years—until she learns of a clause in her father’s will that allows her early access to her trust fund. With no real job skills and no completed college degree, Julissa will do anything to keep her luxurious lifestyle. Even marry an older man she can't stand.

Lawyer Sam Zanetti wants to make a name for himself in business. After being disinherited by his father two years ago, he’s feeling shafted. When a good family friend dies and leaves Sam half of his businesses, Sam finally feels some validation, but there is a catch. Before he can claim the unexpected windfall, Sam has to marry his friend’s bratty, entitled daughter ... and stay married for at least one year.

What the hell? I deepened my stare.

Julissa. And some boy.

She was in the passenger’s seat, and some guy, probably her age, was in the driver’s. They laughed and kissed with abandon. There in my driveway, my wife kissed some guy for all my neighbors to see. My anger rose like flames. This was not discreet.

But that wasn’t what fucked me off.

I stormed toward my bedroom door, shoving on a thin pair of jersey pajama bottoms on the way. No fucking way would she bring him into my home. And she certainly wouldn’t fuck him—or any man—here either.

They beat me to the front door. Julissa and the kid were wrapped in each other’s arms, tearing at each other’s clothes against the back of the door.

They fell over, both their phones sliding down the marble entryway. I moved fast, lunging toward the guy and picking him up by his collared shirt. I practically dangled him from his shirt, the tops of his sneakers barely touching the ground. Julissa yelped, struggling to get on her feet.

He clawed at my fingers. I refused to let go.

“Let him go, Sam!” Julissa sidled me, her tiny hands curling around my flexed bicep. “Please.”

“You bring this fucker to my house and thought I wasn’t going to have a problem with it?” I released him, letting him fall to the floor. He scrambled to get up.

“What the hell, Julissa?” The guy was breathless. “I thought you said this wasn’t a problem.”

I stepped toward him, only to catch the doorknob in my hand as he opened the door and slipped out faster than an Olympic medal sprinter.

“How dare you,” Julissa seethed, coming at me with her pointing finger.

“How dare you bring dick into my house, Julissa.”

Her eyes widened, and the excitement in them glittered like dancing fire. She dug her pointed index finger into my solar plexus. Hard. “You’re not the only one who wanted to get fucked tonight, Sam.”

Liquid heat spread all through me. I was angry. Legitimately.

In a flash, I grabbed her wrist and held it above her head, all the while moving us against the back of the frosted door. In her ear, I said, “The only dick that’s going to fuck you is mine. Your fucking husband’s.”

I’d said the words. The emotions were there to back it up. I wanted to claim her as mine, and the idea of another man having her made me insane. Caveman insane.

“But you can fuck Malin?” A flicker of hurt flashed in her wild eyes.

“I didn’t.” My mouth was inches from her parted lips. “She left.”

“What are we doing, Sam?” Her voice was weak and uncertain. “What do you want from me?”

I knew exactly what I wanted. The why was something I’d deal with later.

“You’re not going to bring men here. You’re not going to look at another man.” I palmed her collarbone and ran it up until I clutched her throat. “Do you understand? As long as we’re married, I’m going to be the man you fuck if you need to get off. No one else.”

She whimpered, but didn’t miss a beat. “And I’m going to be the only one you’ll fuck when you want to get off. Do you understand me?”

In a second, I reached for her, and she reached for me, our lips meeting in a kiss that left me spinning. Her mouth opened for me, giving me everything I didn’t know I wanted, and I took it all.

This story is lust, lux, emotion, and Indulgence all in a small bite. The characters clearly changed through the story and honestly were perfect for each other. Good quick read when I didn&#039;t want to commit to something longer.