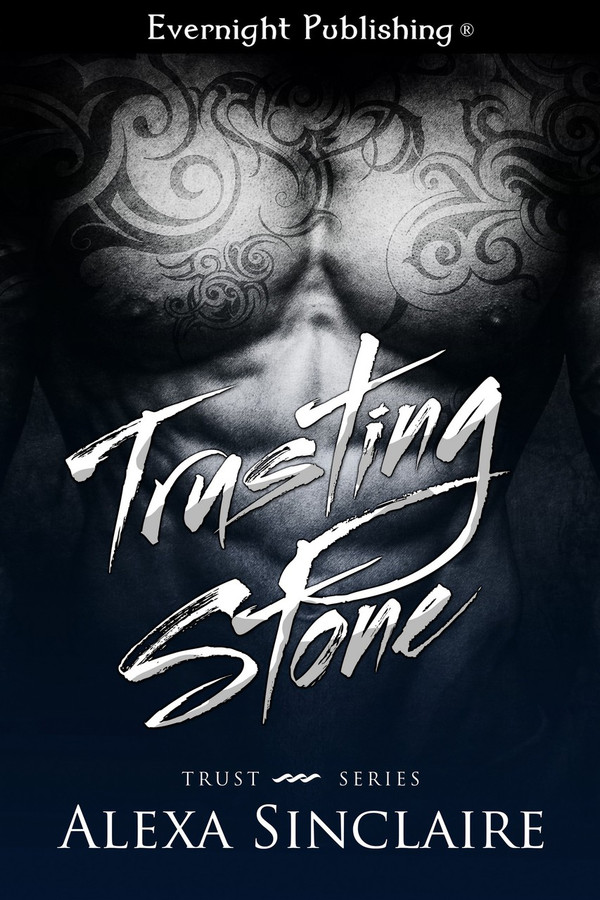 Eden Walker used to be a good girl. She followed the rules, obeyed her parents, and reaped the benefits. Until the night one wrong step showed her that all that glitter is not gold. Now she’s starting over, trying to do things on her own terms, and find the passion she’s only dreamt about.

Sebastian Stone never expected to find love. His past is too painful for him to imagine letting someone in enough to love. He’s happy focusing on his security company, and he’s happy with his one-night-stands. Until he bumps into Eden, a blast from his past.

Sebastian makes Eden realize she’s still scared to follow the passion she knows is missing from her life. Eden is the woman for him, but can Sebastian convince Eden to follow her dreams all the way through? Or will circumstances beyond her control pull them apart?

The car shifted into motion and Sebastian pressed a button, raising the privacy screen between the driver and the backseat. Eden’s debutante training was beginning to kick in and she started to speak.

“I don’t know how to thank…” But before she could finish the sentence, he was on her.

Sebastian’s lips pressed against hers with a gentleness that didn’t seem to match the cool blue eyes that had been watching her moments ago. His hands caressed her hair and Eden found herself responding. She kissed back, opening her mouth to let his tongue gently sweep in. That act of acceptance acted like a trigger and Sebastian’s soft kiss turned ferocious. His hands gripped her hair, angling her head as his mouth assaulted hers. But she responded in turn and her hands reached to grasp his forearms, pulling him into her even more.

With one hand still lost in her hair, his right hand started moving, sliding down her neck, traveling over the smooth black silk of her dress until it cupped her breast. Eden moaned in surprise and desire. She should have been afraid, but she wasn’t. For the first time in years, she wanted this, wanted this man who she barely knew caressing her, touching her, turning her on. She pushed forward with her body, signaling to him that he had permission, wanting him to do more, giving herself to him. She could feel herself getting wet and she sucked in air as his mouth broke away from their embrace and moved down her face, kissing her neck and exposed skin along her shoulder.

The electricity she had felt in the hall when he had simply grazed her shoulder with his fingers was now magnified as his lips and tongue danced across her skin, and her body felt like it was on fire. His touch seemed to ignite and yet quench the flames that shot through her. His hand moved from her breast, sweeping down her waist, cupping her ass and pulling her even closer. She moaned into his hair as his mouth continued to caress and nuzzle her neckline. She was lost in his touch and his scent, her senses overwhelmed.

Suddenly, he pulled away and Eden tried to regain her composure, gasping for air, smoothing her dress as he leaned across her to open the door. She hadn’t even realized they had stopped. How long had they been driving? It had felt like only seconds.

“Trusting Stone” was an interesting story for me to read. I had a bit of a tug-a-war with myself because at certain points of the story I lost interest and other times I was completely consumed by the story unfolding before my eyes. Sebastian Stone had an ugly past. A past that he could never out run because his father was always right there in the headlines…literally. Once again his father was on the top page of the newspaper, a new woman on his arms. His father was in love with love, but never managed to stick with the same woman long enough for the relationship to unravel. For Sebastian he made sure that the woman he was with knew that their time was limited. Never to expect more than what he was willing to give them. But now he’s willing to give more…for the right one. Eden Walker was the ultimate good girl. Always following what her parents expected of her without question until one night, the night she stepped on the wild side. Now she knows that not everything is glamorous as it seems. As Eden starts to rebuild a new life away from her family she relapses when a past memory steals her night of fun, but when a stranger comforts her until the panic attack dissolves, her savior isn’t a stranger at all, but a childhood acquaintance. As Sebastian takes interest in Eden, she isn’t sure if she can let go without letting the past get the best of her. Can Sebastian really be trustworthy or will he just break Eden’s heart before she even realizes he possessed it all along? Control is what both of them crave, but only one can truly hold that kind of power. As I said before the story was interesting to me, but a times I lost sight of the story. I’m not sure if it was because I didn’t invest as much as I usually do or if my concentration was interrupted too many times. All I know for sure is that the writing, storyline and speed were impeccable. No errors were made and the story simply glided by.

OK so much to like here. I&#039;ll be honest, the cover is why I picked it up and since it&#039;s Alexa Sinclaire&#039;s first book, I didn&#039;t have a lot to go on. Recently Evernight have totally upped their game in terms of covers. Sebastian and Eden are so angsty, it kills me. I thought the backstory for Eden was dark but it still grabbed me. She wasn&#039;t too emo although vulnerable. And the sex was HOT. I loved how Sebastian was in control but it wasn&#039;t just about him being dominant and Eden being submissive. Would totally recommend. Five stars from me.