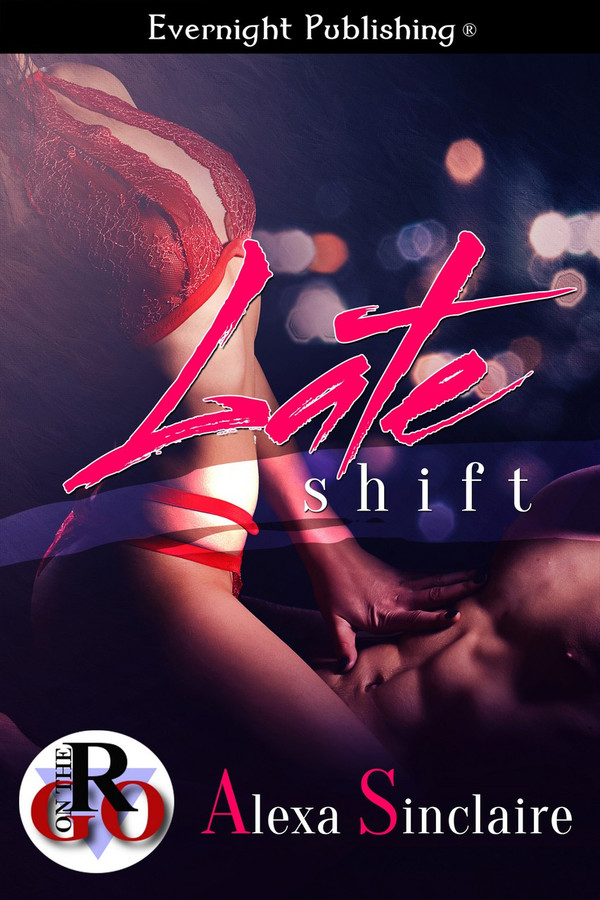 She knew his name. He was always on the late shift at the construction site she walked past every night on the way home from work. Beyond that, he was a mystery. None of that stopped her from inviting him up to her apartment every night and letting him give her the best orgasms she’d ever had. She couldn’t trust herself to give him anything else. And he never asked for more.

He knew it wasn’t right—night after night he walked her home during his break and she always let him have her, anyway he wanted. She never said no, never turned him away, and she brought him apple pie to top it all off. He knew she deserved more but he wasn’t sure he could give it to her.

When disaster hits, can they confess that they both wanted more?

“So tell me, Tilda, do you often invite men you meet on the street up to your apartment for hot cocoa?” His voice was deep and as he drew out ‘hot cocoa’, she realized how suggestive her invitation must have sounded.

“Oh my God, no, never. Of course not. That’s just stupid. And dangerous. And irresponsible. And stupid. I said that already.” Shit, she was rambling.

Ryan tilted his head to the side, observing her, and she bit her lip to stop herself from spitting out some other moronic reason as to why she shouldn’t invite strangers into her apartment.

“But you invited me up here. And you didn’t even know my name. I could do anything to you. No one even knows I’m here. No one saw us go inside together. You’re a tiny little thing and I could do whatever I wanted.”

He lowered the hot cocoa to the counter behind him and took hers from her hands. Tilda tried not to tremble as his fingers brushed against hers. He was right. Under normal circumstances, she would never bring a strange man up to her apartment, especially in the middle of the night. She wouldn’t have even let him walk her home.

But how she was responding to Ryan was not normal. None of this was normal.

“Don’t you want your hot cocoa?” Her own voice had become husky, and she hated how aroused she sounded.

“I think you know exactly what I want, but first you need to answer me.”

“I didn’t realize you asked me a question.” He smirked and she had to stop herself from reaching out and touching the dimple in his cheek. Shaved head and tattooed paired with a dimple? God, he was lethal combination.

“Why did you invite me up if you know how dangerous it is?”

“Because I know you won’t hurt me.” It sounded so stupid, so ridiculously stupid, but it was the truth. She was drawn to him and she knew by the way he couldn’t stop staring at her that he felt it. “You had plenty of opportunity to drag me into a dark alley on the way here if you wanted to hurt me, and you didn’t.”

He ran his knuckles down her cheek before cupping her face with his large hand. She leaned into it without noticing. He felt so good, so strong, and she would be lying if she said she didn’t crave his touch elsewhere on her body.

A short and spicy read! Tilda is on her way home from working another late shift at the diner. She&#039;s gotten used to her work hours but the walk back to her apartment at two in the morning isn&#039;t ideal. It&#039;s dark, cold, and not really the safest place for a young woman to be by herself. When she passes a busy construction site and two men harass her, Tilda begins to get nervous. Enter: Ryan, her knight in a shining fluorescent work vest. Tilda immediately feels drawn to the mysterious man who saves her and offers to walk her home. And when she reaches her apartment, she can&#039;t help but invite him inside for some hot cocoa. But the cocoa isn&#039;t the only thing that steams up the night. One thing leads to another and a hot love affair ensues! This is a novelette, so of course, things move quickly. However, I must say that I was surprised by how our main couple&#039;s relationship stayed mostly physical throughout the story. Emotions only really took over in the last few scenes. This was entirely believable to me. It was insta-lust that grew into something deeper, which I can appreciate a lot more than insta-love. There is a little bit of backstory given that I thought was just the right amount. There was a good balance in the story as the POV shifts between Tilda and Ryan. The conflict made my own stomach lurch and even though I am happy with the ending, I still am curious as to how a certain &quot;someone&quot; knew so much about Ryan and Tilda&#039;s relationship. That part wasn&#039;t really explained. In closing... A chance encounter leads to a passionate rendezvous. Four stars! - See more at: http://erotic.theromancereviews.com/viewbooksreview.php?bookid=21886#sthash.6K5cWYSt.dpuf

This was interesting and I loved the storyline. An instant connection between the two following amazing hookups

For a short little waiting room read I found this story satisfying and sexy. If you don&#039;t mind reading with a blush on your face in public, then right on. otherwise I&#039;d read it in the comfort of your own home. Everything needed out of a good book was incorpreted into this little slice of a book. We had the sex, the falling in lust/love, and we had a conflict. Tilda is on the late shift at the diner and walks 6 blocks home late at night. When she stumbles upon a new construction site a white night saves her from his lewd Co workers. and from there it just turns into more. ARC generously provided in place of an honest review. Reviewed on behalf of Once Upon An Alpha.