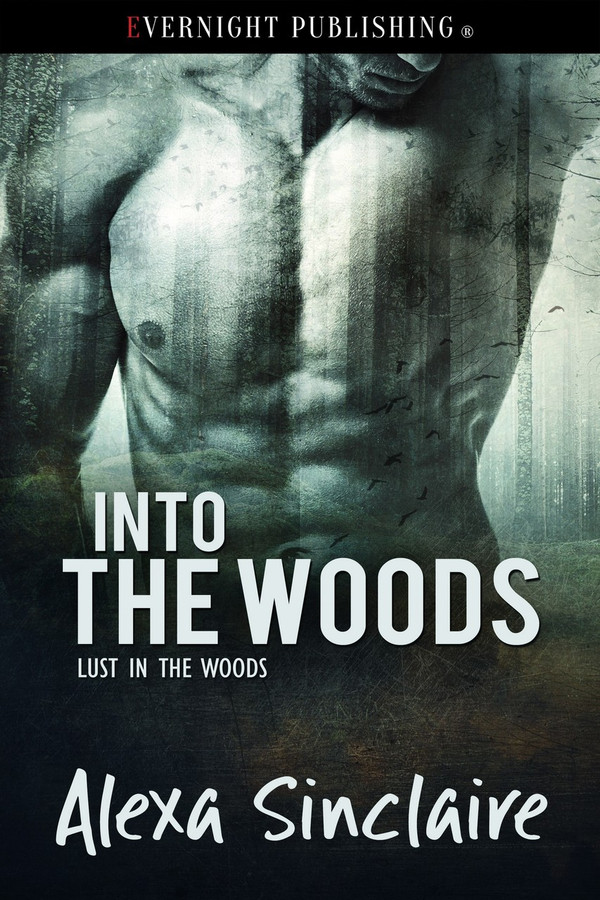 Lust in the Woods, 2

I’m not supposed to sleep with my employees. But how about fall in love with them? I’ve loved Charlie Alford since the day I met her. Now she’s leaving and I’ve only got once chance to get her to see we’re meant for each other, one chance to get past her walls and show her how great we’d be together. My method might be unconventional but it’s a shot I’m willing to take. In the end, she’ll love me. And if she doesn’t, I know she’ll definitely hate me.

Ford Gross is the one man in my life that hasn’t tried to get into my panties. Of course he’s the only man I’ve truly wanted. My whole life I’ve been reminded over and over again how little I’m worth and the message has stuck. With Ford, it’s different. I’m different. But one night with Ford changes everything. He’s making me an offer I can’t refuse. But if I accept it means I’ll become everything I’ve always avoided and he’ll join the ranks of men that have used me and thrown me away.

Stepping into the main living area was stepping into a movie set. The place was a mix of quaint mountain cabin meets modern minimalist man-cave. This was not the Ford I knew. But I guess I didn’t know him that well.

“I’m going to make us something to drink. Something with chocolate. That always makes women happy,” he half-mumbled to himself as he headed towards the open-plan kitchen. “Have a look around and I’ll be right with you.”

The large dark leather sectional couches faced a television that could pass as a movie screen. Ford obviously liked hanging out. As far as I knew, he wasn’t social though. I pictured him sitting alone on one of his huge, comfy looking couches, watching a movie. Alone. And it made me sad. Although who was I to judge? My one and only friend, Katy, have left for Paris and most of my weekends were now spent working on my business plan and watching The West Wing.

Moving on, I spied a pair of French doors leading off from the living room out onto an enormous deck. The sound of Ford making hot cocoa filtered my way and I thought about offering to help. After making coffee for other people all day, the last thing I wanted to do was make another hot beverage, and anyway, the deck was calling me.

Unlocking the doors, I walked out onto what was basically a deck the size of the house. It extended into the woods and he hadn’t cut the trees down near the back, making it feel enclosed, the dark woods looming up around me. It should have been creepy and daunting. But the overall impression was the opposite. Somehow it felt cozy and secluded. A couple of deck chairs were laid out near the end furthest away from the house.

Sitting down, I closed my eyes and just took a moment to myself. The Serena drama, missing Katy, not exactly loving the whole abstinence thing but knowing it was good for me, my connection with Ford I knew would only ever just be a friendship, what I was going to do with my life now. My thoughts buzzed in my head and I concentrated on pushing them out one by one and just listening to the natural noises around me. The sounds of the woods took over slowly—an owl or two, the rustle of the leaves as a soft wind fluttered through the branches.

This is what I need. Peace and quiet.

I yelped in surprise. So lost on my moment of calm, I hadn’t even heard Ford approaching. Balanced on one hand, Ford held a tray with our two cups of something chocolaty and in the other, his laptop. I reached up and took the tray, placing it on the small table between the chairs.

“I was just thinking that. This place is amazing. I’d live out on this deck, if I had this place.”

He smiled in appreciation. “You won’t be saying that in about twenty minutes. I ran out of candles and the mosquitos can get vicious. But we’ve got enough time before the little vampires descend and I thought you could show me your proposal.” Sitting down sideways on my chair, he propped his laptop on my knees. “I kind of assumed you had it stored in a cloud or your email, so just log in and get it.”

I bit my lip, acutely aware of Ford’s gaze. For some reason showing Ford my business plan felt more intimidating than showing the bank. He nudged my shoulder and I bent over and logged in to my email.

Once I’d opened the document, I slid it over onto his lap and waited. His eyes flitted across the page as he quickly scrolled through it. Sitting this close to him, I decided to focus on anything but the fact Ford, an heir to one of the country’s most successful businesses, was probably laughing inside at my pathetic attempt to start my own little enterprise. Instead, I decided to focus on the fact our bodies were touching.

Sitting side by side, we were making contact essentially from our shoulders, all the way down our torsos, thighs, and then knees. Every moment, breath, sigh, fidget he made, I felt. There was something about Ford, the way he was so contained and in control, made me think underneath all that was an animal, waiting to get out. A caveman he needed to keep leashed in order to pass as a civilized man. Sure, his job wasn’t particularly masculine—selling coffee, but Ford was all man. I sometimes caught him looking at me when we worked together, his face dark and almost angry.

The first few times I thought it was because I messed up an order or dropped a bag of freshly ground beans, but then I realized it was something else. I didn’t know what it was though. At first I hoped it was lust or even longing. But he never made a move. Not once. A long time ago, a few months into working with him, I’d tried to flirt and let him know I’d be up for something but he never made his move. I’d dropped any fantasy I had of being with a man like Ford. I still caught him looking but that didn’t mean much. Maybe he just liked to look. Lots of guys looked but never touched.

But sitting here, so close, I let myself wonder if perhaps I’d given up a bit too quick with Ford. I mean, he didn’t need to invite me to his house, did he? He could have patted me on the back and sent me on my way with a sympathetic smile and it would have been just as I expected. I struggled to read him, really read him and it made applying my little rules of life virtually useless.