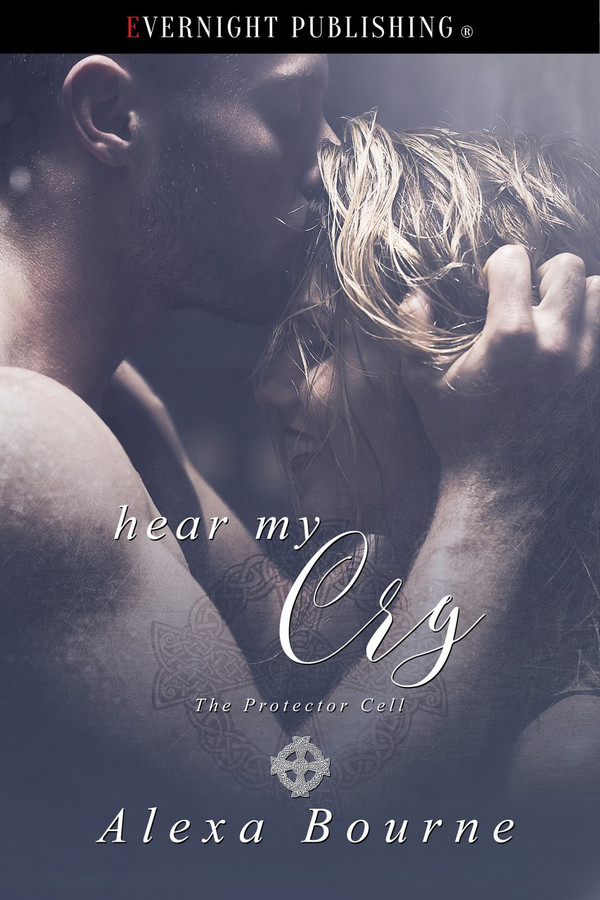 Harper Monroe has simple goals— work her day job, pay off her debts, and finish college. But life rarely goes as planned. When two lunatics spouting off weird phrases attempt to kidnap her, Harper’s world turns upside down and she loses her hearing.

All bartender Scott Jackson wants after work is his couch, a Longhorn game, and a cold beer. Instead, he reluctantly becomes Harper’s protector. As the two of them work to find out why she’s wanted, Harper’s hearing returns. Only now she can hear everything.

With more research, they discover Harper is a member of The Protector Cell, a secret society of men and women with superpowers. Harper refuses to accept her fate until The Collectors, the people hunting the Protectors, make her their number one target. Suddenly, Harper must choose: deny her frightening future or use her new skill to save the man she loves.

Harper squeezed her eyes shut and pinched the bridge of her nose. What if she never heard another sound again?

A gentle hand brushed along her arm. Warmth seeped through the palm. Heat wasn’t what she needed, though. Did the person have any courage to share?

She opened her eyes. Gone was the stern looking doctor. Only her hero stood before her, with a soft glance of concern covering his features. Of course he hadn’t grown since she met him, but somehow he seemed taller, wider, more of a force to be reckoned with. Yet, he still held onto a boy-next-door look. His dirty-blond hair held streaks from where he’d run his fingers through it. The strands fell below the standard male cut, but still didn’t reach his broad shoulders. Across his chest stretched a black t-shirt decorated with the words The Stone Shelter Pub. From her few visits to the bar, she knew it was the shirt the staff wore.

He pointed to her. Once he gave her the hand signal for okay, he held his hand out as though waiting for an answer.

Her all right? She had a couple who wanted to grab her, to use her as a test subject. Defending herself completely healthy was hard enough. With no hearing, she might as well put a sign on her back that read take me, I’m at a tactical disadvantage.

But she couldn’t tell that to an innocent stranger.

A slim smile was all she could give him. “I will be.” She had to be, right?

He reached behind him to the table to grab the notepad and pen. Don’t be scared, okay? Since there’s nothing physically wrong with you then it stands to reason you’ll be able to hear again soon.

He’d written the message, but Harper could see the doubt rumbling through his eyes.

When she pulled her gaze away, it fell on the bandage covering part of his forearm. An injury he wouldn’t have gotten if he had walked away. A knot clutched in her stomach. “What’s your name?”

“Thank you for saving my life.” The admission brought a whole new wave of worry.

You were doing pretty good on your own.

With a light touch of her pinkie, she traced the tape around his bandage. “I’m sorry you got hurt because of me.”

He shook his head. You didn’t burn my arm. There’s no reason for you to apologize.

“But if I hadn’t stopped you…”

He held up one finger, close to her mouth but not touching. She pressed her lips together, and then he continued writing. My choice.

Rich green eyes stared back at her with strength and pride. Moisture gathered in the corners of Harper’s eyes. When she’d called out to him for help she hadn’t wanted him hurt. For her. “I’m so sorry.”

He brushed away the tears before they fell down her cheeks.

She knew it wasn’t fair, wasn’t right, but she didn’t want him to leave her alone. With his soft touch, his straightforward words, and his ability to hear, Scott Jackson was the only person who made her feel safe at the moment.