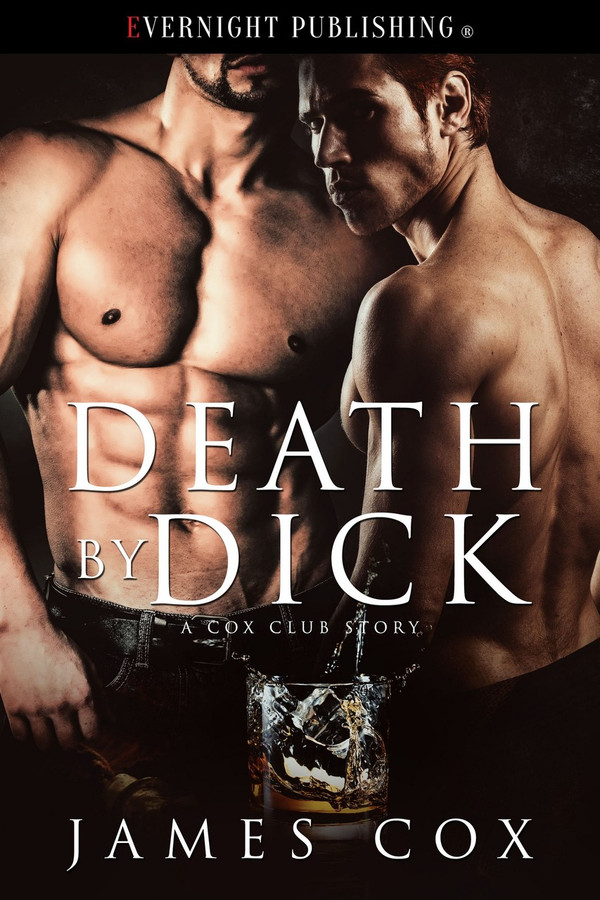 Seamus is on his first undercover mission for the FBI. The problem is that he doesn’t think their terrorist suspect, Kyler, is guilty. Oh, and there’s also the matter of giving Kyler a hand job … on the FBI’s hidden camera. His first field mission may be his last.

When bullets start flying, it’s up to Seamus to find out the truth and he has to do it before Kyler becomes a victim.

“I’m going to drop you off, kiss your mouth until we’re both rock hard and then go jump naked in the snow.”

Kyler laughed again, deeper and added a blush to his cheeks. “This is insane. We haven’t moved.”

“The truck hasn’t moved. I’ve moved about ten times just trying to keep the zipper from scarring my dick.”

“There’s a joke in here somewhere.” Seamus sat back. “Two guys sitting in a car …” He paused.

“And … I got nothing. Blood loss.” Seamus grinned. He rubbed a hand over his face. “Okay. I’m going to start the truck and take you home.”

“That’s been the plan.” Kyler took his lower lip between his teeth.

“I know. It’s a good plan.” Seamus stayed where he was. “A smart plan. Very smart.” Seamus’s head fell back against the head rest. “Please, tell my penis it’s a smart plan.”

“Say it.” Seamus still had his eyes closed, head back, hand on Kyler’s crotch.

“We should stop.” Kyler whispered. They really, really should.

“Right.” Seamus took a deep breath and lifted his hand under Kyler’s sweater to the rim of his pants. “Say it again.”

Kyler glanced at Seamus who wasn’t even looking at him.

Seamus popped the top button. “Kyler. Again.” He grabbed the zipper and eased it down. “Kyler.”

He’d forgotten his own fucking name. “I … you …” His mouth opened, but instantly closed when Seamus slipped his hand inside his pants and took hold of his cock. “Fuck.” The word burst out as strong fingers wrapped around Kyler’s dick. His hips thrust up, sending him slightly slouched. It gave Seamus better access. Kyler glanced at the other man who stared at the ceiling like he was fascinated by something up there. Seamus gripped Kyler’s shaft delicately and then slid down to the base. “Jesus!”

What control? What was that word? What were words? Kyler’s head fell back and his hips jerked. Seamus began stroking his cock with a tight grip. Each stroke made Kyler gasp and then moan and then sputter. Seamus knew was he was doing. The girl he’d been with had been clueless and fucking hell, he was going to come already. Kyler lifted his hips in tune with Seamus’ strokes. “I-I …” He tried to talk, really, he did, but words were hard and talking was hard and he was hard. Kyler’s balls were already drawn up tight despite the cold January around them. Fuck, Kyler couldn’t believe he was sitting in a truck in a parking lot with Seamus’s hand in his pants. Seamus slid his hand up and down. Up and down. Up and down. Fuck! Kyler came. He jerked his hips up and came in an embarrassing groan. Jizz sputtered out of his slit and ran down Seamus’s hand like a river. “Yes. Oh, fuck. Yes. Yeah. Mmmm.” He fell back to the seat with Seamus’s hand still wrapped around his dick like he was driving a stick shift on a winding icy road. “Holy shit.”

Death by dick? Really? I couldn’t stop the giggle. Then I read the blurb and I HAD to read this book! Kyler has an abusive father and ends up running from the law. He thinks he killed a hooker and the FBI thinks he’s a terrorist. Kyler ends up in the Cox Club. The sexy construction worker aka undercover FBI agent Seamus is on his tail. Literally. A romance is brewing that may compromise everyone’s safety. This is the second book in the series. It can be read a standalone but I highly recommend the first book, The Devil’s Cum in His Eye. That said, wow! Just wow! Death by Dick blew me away! I instantly liked Kyler. He’s been through a lot in his young life. My heart broke for him. Seamus, the gorgeous redhead with the adorable funny father, is an instant love for me too. I like how they had the attraction at the beginning but there’s a beautiful slow build up as they get to know each other. When the romance switches to sex … so. Freaking. Hot! Add that to the mystery of who the real terrorist is. I had a suspicion and I was correct but it was awesome how it all unfolded. If you like sexy mystery with lots of hot nude guys and action, you have to read Death by Dick. Seriously, read this book. That orgasmic rating is no lie

If you’re in the mood for an absolutely fun as hell story, definitely pick up James Cox’s &#039;Death by Dick&#039;. Between the wonderful plot, creative characters, a touch of humor, and Cox’s signature steamy, smutty sex… let’s just say this was a hard one to put down. If the title alone doesn’t grab you, the opening thoughts from Kyler sure will, “The day that hooker fell dead on my dick changed my life forever…” It definitely piqued my curiosity, and I couldn’t wait to see how that was going to play out. The first eighteen years of Kyler’s life have brought him little joy. Surely treating himself to a “Happy Birthday to Me” celebratory blowjob will usher in some good karma? Start off the next chapter of his life on the right foot and all that? Oh, Kyler! Well at least he gets away from his abusive father and the horrid circumstances of his current life. I don’t want to spoil it, but Kyler ends up in a most unusual place. Thankfully he’s surrounded by people who care, and he’s slowly making a new life for himself. All he needs now is the right guy to pop his cherry. On the run from the law, Kyler ends up falling for Seamus, the hunky undercover FBI agent sent to investigate him, and the attraction is mutual. It doesn’t sound like a unique storyline, but James Cox spins it all so beautifully that I had no idea what would happen next. Drool. I’m sorry, but Seamus is basically every romance reader’s wet dream and then some. Strong, funny, gorgeous, and with a big dick! What more could anyone want? The portions of &#039;Death by Dick&#039; which are told from Seamus’ point-of-view leave no doubt; he needs someone as much as Kyler does. Over the course of the story Seamus experiences some life-changing events which show how perfect he is for Kyler. Watching Mr. Cox orchestrate their happily-ever-after kept me on the edge of my seat and it was wonderful. I’m glad to have discovered this fun and sexy A Cox Club series! I enjoyed every minute of &#039;Death by Dick&#039; and was incredibly disappointed when it came to an end. I’m looking forward to reading the first one, &#039;The Devil’s Cum in His Eye&#039;, since they’re both standalones. It’s just a good reminder that I need a bigger dose of Cox in my life.

I loved this story. It was chockablock full of delicious male strippers, FBI stakeouts, hot cops, fist fights, high tension nail biters and super hot love scenes... but man, was it ever sweet in all the right spots. I mean, Seamus&#039; dad? Omg, I just loved him. So many great characters. Well done James, I can&#039;t wait for the next one!

Once again James weaves a great story. I was so scared and deeply sad for the way Kylers life was. His abuse from his father, then giving himself that graduation gift and well, you know how that turned out. Running he found friends, good friends and a home. A place he felt safe and cared about. Enter Seamus..a hot,Irish, redheaded FBI agent on his first assignment and uncover at that. What happens then they meet it quick and huge. Cannot be denied and might interfere in the investigation. But how can they avoid it? They can&#039;t. It&#039;s bigger than them both. This was a great story , as all stories are, I have found , from James. There is a bit of danger mixed in here, sexy talk from a few strippers and well..that&#039;s all I will reveal. The only thing I wish we had been given was the meeting between Kyler and Seamus&#039;s Da. His Da is amazing , from the bit of a look we are given. His love, support of his son and his sense of humor and straight forward way of talking too. Did I mention that Seamus&#039;s accent gets thicker the more...ummmm involved , he gets when with Kyler? I loved the way his Da and he spoke in their native tongue. Great story! Highly recommend.

Dick, It's What's for Dinner by James Cox

The Dick Defender by James Cox