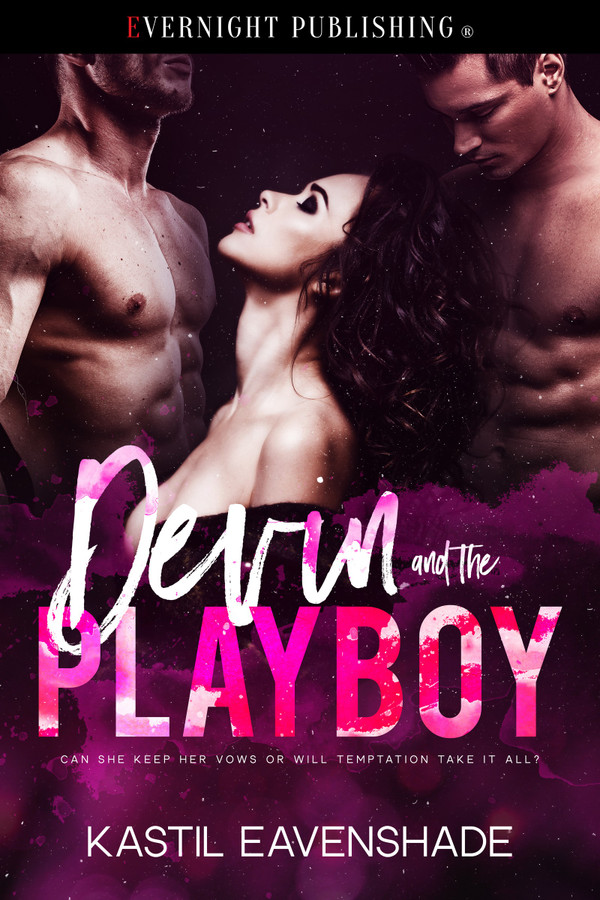 Devin Murphy enjoys her life as a high-priced escort. She has the best of both worlds—an active sex life and money to live a comfortable lifestyle without answering to a man at the end of the day. When the infamous playboy of Manhattan Jack Monterey proposes a contract of marriage that offers her a lavish lifestyle beyond the prime years of her profession, she accepts. Besides, if anyone could handle the legendary master of bedroom activities, it was her.

Leaving her former profession proves to be harder than she thought and her past keeps threatening to ruin her future thanks to her husband's vindictive sister. To make matters worse, Jack Monterey's reputation of sexual Adonis has been grossly exaggerated. Devin is caught in a society far above her capabilities and Jack's assistant Stephan? His penetrating gaze promises to fulfill her carnal fantasies long since neglected by her husband. Can she keep her vows or will temptation take it all?

“I have to know, Jack, because it’s been on the tip of my tongue each time you request me. Beyond the press trying to get the smallest wind of a scandal, why me? What makes you think I won’t say anything for a little money?”

“True, but considering the money I bring in with my other clients, how likely is that?” She plucked his drink out of his hand and swallowed it whole. “Truth is, a girl like me has got to wonder what the great Jack Monterey is like in bed. I’ve been with a lot of men. I’d really like to see how you size up.” If she was completely honest with him, she would have included Stephan in the mix. It wouldn’t be the first time she bedded someone who thought much of their self-importance. She fished out one of the ice cubes from the glass and ran it on her bottom lip before sucking on it briefly. It disappeared into her mouth.

“Would you believe me if I told you that I haven’t slept with any of the girls I’ve ever dated?”

Devin frowned. How could a woman resist him or not try every feminine trick to lure him into the sack? “I find it interesting that you elude that you still might be a virgin at your age.”

“Far from it.” He kissed her hand. “I find that it’s better to know a woman before dwelling on the carnal of the relationship.”

“We’ll have to agree to disagree on that, but I admire your fortitude nonetheless.” Devin opened her mouth to say more but clamped it shut. She’d never been so forthcoming with any of her clients, but once again, the great Jack Monterey had her blathering like some high school girl at a dance. Beyond her near-succubus need for sex, she had to admit that spending time with him was just as good as getting laid. “Back to business, Jack, if you don’t mind. Stephan said you had some things to discuss?”

“Yes, indeed I do.” He took his glass back from her and handed it to Stephan. His dutiful assistant set to refill it. “Tonight’s fundraiser is to benefit children who have lost their parents in one form or another, though I do prefer to concentrate on those whose parents were addicts. To help break the cycle, as it were.”

“I had no idea you were involved in that one.” Devin couldn’t recall the name off the top of her head, but before her bookings became overwhelming, she used to volunteer at a shelter that specialized in getting addicts the treatment they needed without cost. She’d seen her mother struggle for years to quit heroin. Too ravaged by her addiction, her body couldn’t hold on to life any longer. Still, Devin would be proud to say her mother had been clean the last year of her life.

“Most people do not. I loathe publicity.” Jack took his refreshed drink from Stephan.

“I would think it would help the cause for you to be more in the public’s eye.”

“Well, there is that.” He sipped on his whiskey. “Let me put it to you this way. If you were to go to events to proclaim about your line of work, would you?”

Devin laughed. “Certainly not. What I do isn’t exactly legal. Discretion is my favorite bedmate.” She noticed the small smirk on his face. “Point taken. So what role am I to play?”

Jack motioned to Stephan. His assistant passed a thin envelope to Devin. She tentatively took it, smoothing her fingers over the metal clasp.

“Open it.” The ice cubes in his glass clinked together as he swirled them around.

Frowning, she did as instructed. Her jaw dropped as she gazed on the photos within. They were pictures of a younger version of herself in the shelter helping a small child tie his shoes. Her heart fluttered in her chest before tight bands squeezed. “Where did you get these?”

“You’re damn right it does. Are you trying to blackmail me, Mr. Monterey?” She shoved the pictures at him, thankful that none contained the precious few moments with her mother at the same shelter.

“On the contrary, I’m offering a profitable business venture.”

She snorted, crossing her arms. “I’m already in a business that pays well.”

Jack nodded. “Indeed, you are, but what happens when your beauty fades, Devin? How many women does your employer woo into the field that have considerably less mileage?”

“How dare you.” Her hand came around to smack him for the insult, but he caught it before she could land a blow.

“I dare, Devin, because I’ve always trusted you and no one else. When your employer offered a younger model, I stated quite clearly that it was you—and only you—I desired and at any cost. Cherry or no one. I have kept the fact you gave me your real name so please listen to what I have to say.” He released her. “You have many years to come in your field. I, however, do not have that luxury any longer. I will be frank, Devin, because I feel I owe you as much. I need a bride or I must give over part of my business to my sister. She owns considerable stock in our European division and has been itching to take hold of but a fraction stateside. Unless I marry and have children of my own to pass my legacy on, she will gain it all because she has already provided an heir.”

“No offense, Jack, but you’re over a decade older than me.”

“And what better showcase for one of my reputation to take a young and beautiful woman to be my wife?”

Devin couldn’t think. Was he asking her what she thought he was?