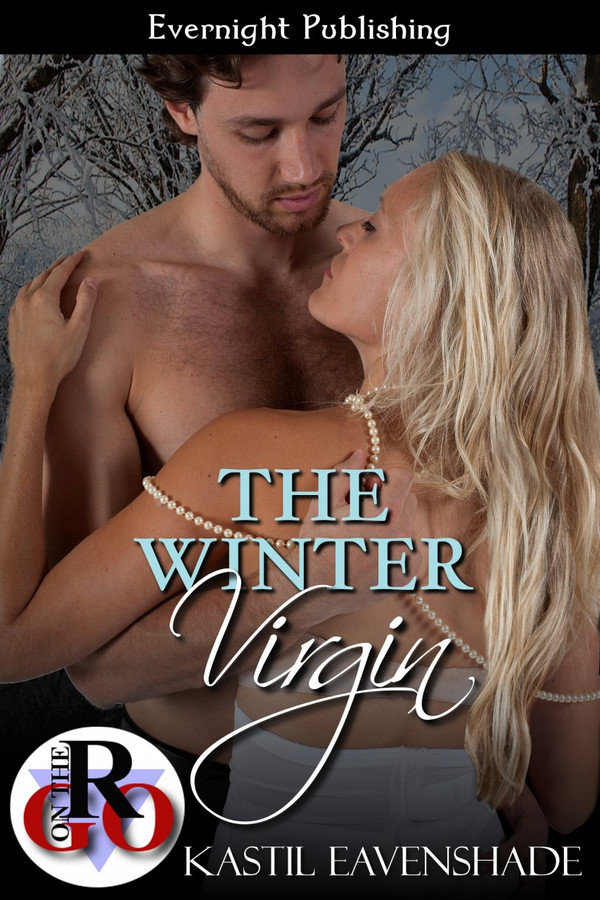 Forced to find her way in the harsh port city of Latúk after being cast out of the only home she's ever known, Lily finds that her sheltered life has not prepared her to face the cruel hardships ahead.

When Miss Siena offers her a place to stay, Lily accepts without hesitation. Morgan, a brooding male working in the kitchen, tries his domineering best to drive her away. His efforts only increase her growing attraction to him. It's not until the Winter Solstice nears that Lily realizes his efforts to make her flee were to save her from the same fate as every worker at the Fox Hunt Inn.

Now Lily's virginity is being auctioned off to the highest bidder. Will she allow Miss Siena to sell her off or will Lily find the strength to give all of herself to the one man who truly loves her?

She glanced around the room, hoping to catch a glimpse of Morgan. None of the jubilant men matched his physique, their bodies thin without defined shape.

“Miss Siena has resigned him to the kitchen.” Hanna touched her shoulder, her words filled with lament.

“Do not think we have not noticed your infatuation with him, Lily. She will not allow him near you.” Hanna squeezed her shoulders. “I’m sorry. Morgan is not permitted to celebrate in the dance.”

Lily took comfort in Hanna’s arms. Over her friend’s shoulder near the entrance to the inn, Lily watched Miss Siena receive a silken purse from Langham.

“She doesn’t participate in the celebration.” Hanna whispered in Lily’s ear. “This night is for us. The one night we are allowed to do as we please. Dance with me, my sister.”

Lost in the arms of Hanna, Lily twirled along the floor before another celebrant pried her away. Close together and hidden behind the masks, she lost track of her many partners. Her arms flew up and she fanned her skirts out. Strong hands gripped her waist, and she followed their lead through the throng of people. Moisture slicked her skin and a few strands of her hair hugged her face. The music beat in rhythm to her heart.

The deafening gong of the tower bells sounded and her eyes flew to the ceiling. Above her the boughs of Winter Solstice loomed. Her eyes closed and the heat of another body circled her. Warm lips pressed against hers. Lily responded, her body thrumming from the contact. Her hands roamed the hair of her partner in blessing the harvest. The kiss, far from chaste, deepened and she groaned against the hard body holding her. The music pounded in her ears, and the cheers of the workers overwhelmed her.

The lips parted from hers, and she realized the room had gone quiet. Blinking, Lily gasped as she looked into the eyes of Morgan beneath the mask of blue feathers. Hands tore her away from his grasp and whirled her around. Dumbfounded, she froze as Miss Siena regarded her with harsh eyes.

“That is quite enough for one evening. To your room,” she seethed. A hard shove sent Lily stumbling toward the steps. She ran up them to escape the poking and prodding of Siena. No sooner did she enter her room, the door slammed shut and the lock clicked into place. Miss Siena had given her no chance of escaping her fate.

She laid her head down on her pillow and curled up into a ball. Sleep would not come, the gnawing fear of being thrust into a stranger’s arms and forced to give her precious gift to someone she didn’t love piercing her heart with pain.

A soft snap at the door jolted her off the bed. A slender hand pushed the door open, two jagged scars on the forearm glowing in the soft candlelight in the hall. The arm vanished but the door remained ajar. Tentative, Lily approached and peered into the hallway. On the ground, a white sheaf of paper lay. She picked it up and scanned over the words.

Give it to the one who loves you more than life itself.

On the tip of her toes, Lily dropped the parchment into one of the hallway lamp’s flames and watched it ignite. The words sunk in, and her heart guided her down the stairs. Without thought, her feet padded through the tiled floor of the kitchen.

At the far end, the way to Morgan beckoned and enticed like a Winter Solstice gift to unwrap and enjoy. The knob twisted easy within her fingers and the door creaked open. Her hands felt along the wall for the familiarity of Morgan’s room. Sulfur stick in her fingers, she struck it against the wall. It blazed to life and she lit the candle on the stand.

“What are you doing?” Morgan’s whisper carried across the room.

“I will not leave this place without feeling the touch of your skin upon mine. Your lips upon my flesh … and without giving you something that should be my choice to give.” Lily let her dress drop to the floor. The candle flame highlighted the hungry eyes of Morgan. With aching need, Lily crossed the room and fell into his arms.