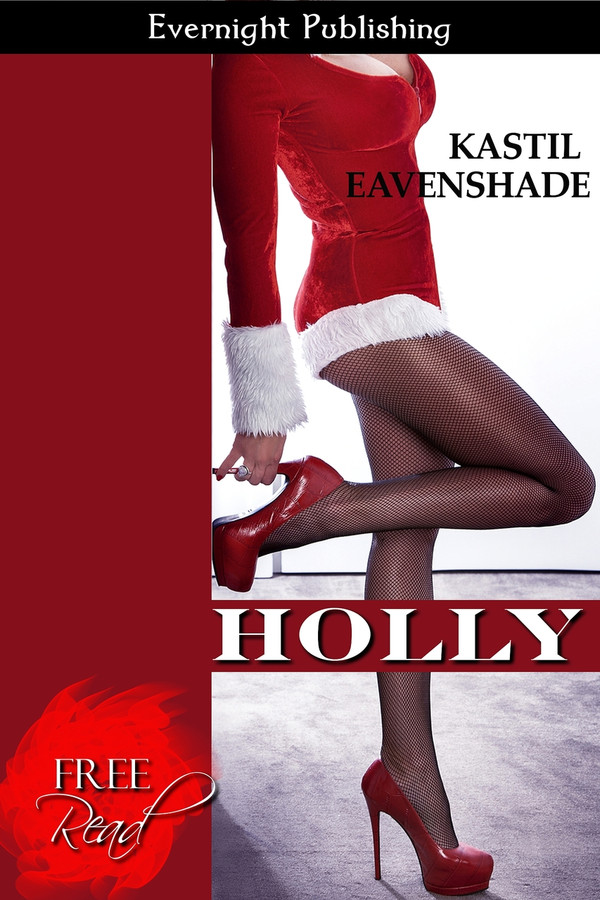 After being dumped last year on Christmas Eve, Chris has tried to forget the girl who broke his heart and made him afraid to commit to any other woman who comes into his life. When that magical time of the year comes around again, a beautiful vixen visits him in his dreams and fulfills his wildest fantasies. Only she turns out to be a flesh and blood elf from the North Pole.

No matter how much he tries to distance himself from this mysterious beauty named Holly, he can't get her out of his mind. He hatches a plan to keep her from disappearing so he can finally ask her why she torments him body and soul. Is it lust or is it love? Only Holly knows and it's going to take all of Chris's resolve to get the answer before he falls completely for her Christmasy charms.

The wily female looked the same each time; pale, near porcelain skin and glittering emerald eyes. She moved like a belly dancer most times. In other instances, like tonight, she devoured his cock with every inch of her slick pussy.

He loaded the clothes in the washer. In retrospect, at least he got laid in his dreams, unlike real life.

A few quarters later, he sat with his arms crossed, watching his sheets go through the works. His eyes threatened to close and a grin spread across his face when his little minx appeared sitting on top of the washer. She moaned to the beat of the vibrating machine. Unlike in his dream, where she pleasured herself in the buff, this time his imaginary lover wore a short red skirt with white fur trim. Her halter top matched the bottom half of her outfit. Holly and silver bells adorned her hair along the sides, tucked behind pointed ears. She looked like something out of a cheesy claymation holiday special, except the babe was definitely made of sweet sensual skin.

“I bet you give Rudolph one hell of a boner.” He grinned.

“Maybe.” She parted her legs, showing her glistening mound, a curly white landing strip pointing in the direction of her swelling flower. She slid her fingers into her wetness and lowered her eyelids, offering him a wicked grin. “Wanna play?”

Chris jumped out of his seat, fumbling to get his sweatpants down. One step forward and his foot tangled, sending him to the floor in a heap. Glitter fell from above and a giggle echoed in the laundry room. She had disappeared, just like before.

I loved this short and sexy holiday story!