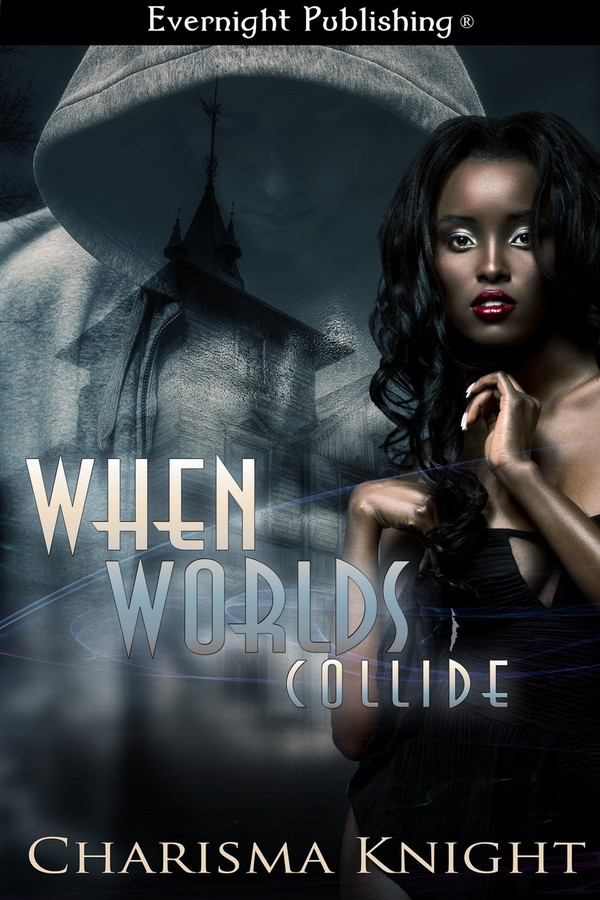 Thrust into financial hardship years ago as a result of poor financial choices, married couple Annette and Anthony are forced to live with his mother, Miriam until they can make a way for themselves.

Fed up with Lady Barracuda’s nitpicking, Annette is finally triumphant in talking hubby into moving into Lassiter Towers. It's on the wrong side of the tracks and harbors deadly secrets.

After spending just a few nights in their home, Annette draws the attention of a ghost and she soon learns the mysterious secret that dwells within the hole in the wall down in the boiler room.

Annette Bruzzetti sighed as her husband, Anthony, drew her closer to his muscular body. She moaned as his erect cock pressed into the small of her back. Exploring her smooth brown skin with his fingertips, he began to deliver delicate kisses along the crook of her neck.

“Mmm,” she whispered when he reached around, gently squeezing a dark nipple. “What time is it?” Annette wiggled even closer to him and squeezed her husband’s hand tightly.

“It’s about five o’ clock, baby.” Anthony buried his face into her hair, breathing in deep and letting out a moan. “I love that new shampoo you’re using, babe.” He curled the coiled black strands around each of his hands.

“Thank you darling,” she said. “Damn. It’s raining out today and I’m so glad to be off. Please tell me we’ll finally get to spend some time with each other.” She glanced at the large bay style windows of the six by nine bedroom.

She loved the large, comfortable, plush bedroom with cathedral ceilings and oak hardwood floors. Before moving in, she and Anthony had painted the room a beautiful eggshell white.

“I don’t have to go in to the hospital until late tonight, so we’ve got the entire day together. Maybe we can play for the next couple of hours,” he asked, while pressing himself against her.

“What game shall we play?” she asked with a purr while her husband continued the seductive exploration of her naked flesh.

“The same one we played last night.” The words tumbled out in a husky rush. “Only, we need to keep it down a bit because I think Ma’s awake.” Slowly his hand slid down the front of her body, eventually settling between her thighs.

Annette shuddered as she released a breath. She stretched her thighs apart to better accommodate Anthony’s large hand. Thick fingers explored the slick folds of her wet cunt, but there was one spot where she desired him most. “Squeeze my clit, baby, and finger my pussy.”

He laughed. “We’re giving instructions now?” He nipped her on the neck. “I’ll have to punish you for that. Maybe break out the handcuffs?”

Before she could speak, he turned her over onto her stomach and firmly pressed himself against her body, pinning her between himself and the mattress. “I think I like this game.”

“I’m too impatient. Besides, the cuffs are probably lost somewhere in the sheets.” Anthony chuckled and gyrated against her a few times before drawing her arms above her head. She loved how he held her wrists together before sliding his cock inside her.

“You’re so wet.” He moaned against her ear as he gently thrust in and out of her in flat-doggy style. “I love you, woman.”

“I love you too.” Annette’s breathing was short and choppy. She bit her lip and moaned into the pillow as he released her wrists, and began pumping in and out of her with a heightened ferocity.

“Babe.” He panted as he continued his actions. “Do you know what you do to me?” he whispered. “You’re killing me, honey.”

She groaned and squeezed her muscles, wanting to milk his cock for all he was worthwhile matching his thrusts.

“That’s right, babe, squeeze my cock. Come for me. Make me come inside you.” His movements were slow and controlled.

She closed her eyes and moved along with her husband. Tears formed in her eyes when her body detonated.

“Oh my God!” She wailed in a high-pitched voice as she felt Anthony’s body tremble with desire. She knew he was staving off his climax. Her hand clamped around his forearm and she dug her nails into his flesh as her orgasm incinerated her insides. With a husky groan, he slipped out of her.

“Don’t stop,” she said, missing his thickness the moment it left her.

“Turn over. I want to see your face, babe.” His deep voice trembled as he brushed the swollen head of his cock against her cunt once she was in position.

“Stop teasing me,” she demanded when he started stroking the swollen bud with his large fingers. He pinched and squeezed it several times before thrusting his fingers inside her. She arched her back and hissed like a cat. “Oh, Anthony.” Her body demanded she have more of the same treatment.

His hands explored every inch of her damp flesh. He squeezed her diamond hard nipples as she squirmed helplessly beneath his touch.