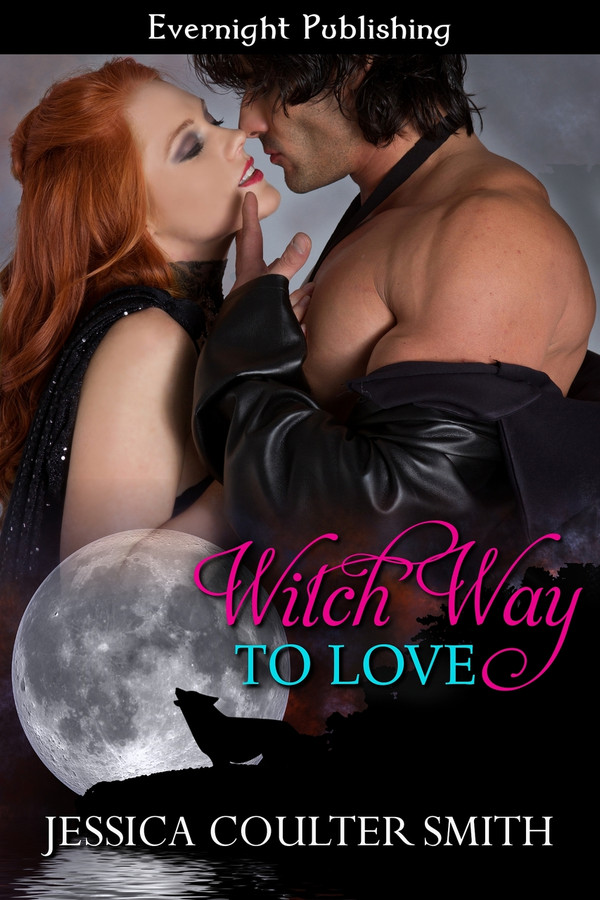 When Breena McCall goes to find her wayward wand, the last thing she expects to find is the man destined to be hers. Instant attraction only goes so far, especially when her chosen one acts like someone pissed in his kibble.

Wolf Shifter Cade Milcom doesn’t understand the sudden urge to bend the witch over and take her every way imaginable. She’s sassy, sarcastic, and gets on his nerves from the beginning. And yet, he finds himself answering the distress call when she gets herself into trouble.

An accidental mating and a demon bent on blackmail make for an interesting few days, but it’s nothing Breena can’t handle. Maybe.

Breena rounded another corner and sighed in relief. The home she sought was half a block away and lit up like the fourth of July, thanks to her little spell. She thanked the goddess that it had worked so well, or at all, for that matter. She couldn’t imagine having to find her wand the old-fashioned way, or having to hire someone else to cast the spell for her. How embarrassing! It was bad enough that things like this kept happening to her, but if the spell-casters guild caught wind of it, they’d pull her license to practice for sure.

As she neared the home, she took in the little details, like the gargoyles standing guard at the edges of the roof. She had no doubt they were the real thing and gave them a little wave. The red door stood out in stark contrast against the gray and black home, beckoning her closer. She stepped under the portico just as the rain began to beat down, a deluge really, and she thanked the goddess she hadn’t been standing out in the open just then.

She lifted her fist and knocked on the door, listening for any sounds of life within. No answer. She banged again, this time a little harder. The light from her spell spluttered and blinked out, leaving her standing in the dark. The fact that there were no lights on in the home, nor on the porch, told her that her query was probably out running wild, but she refused to give up.

Breena’s tiny fist pounded on the door for the third time. Grumbling under her breath, she gave the wood a good, hard kick, wincing as her toes met the unforgiving surface. She had just turned, and was about to leave, when the door flew open.

“Do you have any idea what time it is?” growled a deep voice, a voice that zinged through her and made all of her lady parts take notice.

She spun around with a snappy retort on the tip of her tongue, but it died the moment she was faced with six-foot-six of yummy goodness. A button-down shirt hung open, leaving his scrumptious muscular chest in full view. Her gaze dipped down over six pack abs and she licked her lips, wanting to run her tongue over each and every inch of him.

“I’m, uh, looking for my wand,” she stuttered lamely, her brain having been fried by his hotness.

He smirked. “Oh, I have a wand for you all right, but I don’t think it’s the one you came looking for.”

Sexy werelock Cade Milcom is 200 years old. He&#039;s never had a mate before and doesn’t hope to ever find one. A witch comes knocking on his door and things are soon to change. What does she hope to find? Will he deny her? Witch Breena McCall has had a run of bad luck for the past twenty-five years. Looking for her wayward wand lands her... Are you beginning to get the picture? Read to find out if love or mates are in their future? Readers will find this book hot, intense, and fast-pace. Get ready for drama, suspense and steamy chemistry. An HEA with Cade is a guarantee. These two are in for an awesome future. This quick read gets 4.5 stars!

Who among us doesn&#039;t love a fantasy with a tall, gorgeous shifter hunk? Cade Milcom, a wolf shifter, fulfills that fantasy - not only for the reader but also for Breena, a dainty little witch who just happened to lose (?) her wand. The wand seems to have a mind of its own causing some havoc which is compounded by a demon who had requested and been denied help from Cade. The demon now wants revenge. Cade and Breena must deal with all this while also working through their feelings for each other. A delightful, entertaining and enjoyable read that will touch your funny bone and your heart.