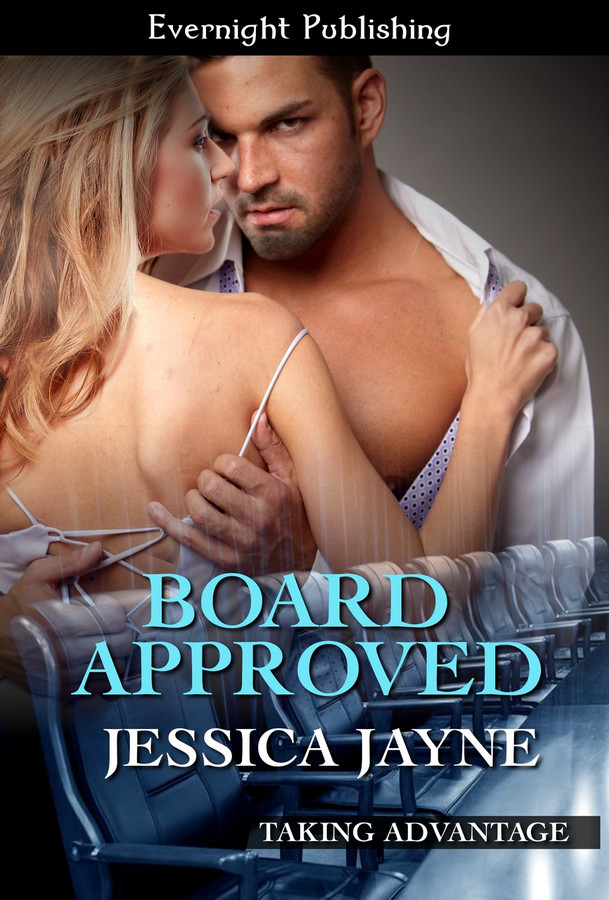 After his divorce, Greg Snow dedicated his life to his work as a corporate attorney in a large law firm and to his membership on the board of directors at Advantage Insurance Company. He liked it that way…at least that’s what he thought until Tessa Mills entered his life.

Growing up with an alcoholic mother and never knowing her father, Tessa Mills has not had an easy life. And her relationship decisions have been less than stellar. But she’s finally making a life for herself and running her own business—a yoga studio. It’s her saving grace and that’s all she needs…until Greg Snow turns her world upside down.

Tessa and Greg have a strong attraction, but is it enough to overcome all their differences?

“I don’t want to seem like I am ungrateful for what I have.  I’ve worked hard for it.  Very hard.  And…”  Before she knew what was happening, Greg’s hand palmed the back of her head and pulled her into a kiss that sent her head spinning.  His lips were firm yet soft to the touch and he moved them expertly over her own.  His goatee tickled her skin in a lascivious way that made her wonder what it would feel like at other spots on her body.  His tongue flicked out over her lips and Tessa was unable to stifle the moan that rose up her chest.  He took that as the opportunity to move further and pushed his tongue between her lips.  Oh sweet Jesus, he tasted fantastic!  He tasted like caramel coffee.  She could get lost in his taste… in his kiss.  His experience was evident as he licked into her mouth, exploring every crevice.  His hand flexed at the back of her head before sliding down to the nape of her neck and caressing her there.   She’d never been kissed so thoroughly, so sensuously.  Her panties dampened as he took the kiss deeper and her hands gripped his shirt tightly as if it were the only way for her to keep from melting into the seat.

Beep!  Beep!  Startled back to reality by the cars honking behind them, Tessa pushed back from the kiss.  She had been so wrapped up in her verbal dribble that she hadn’t even recognized that they had been stopped at the light just before the bridge.  And then his kiss threw her into a tailspin.  She’d completely lost track of where she was.  She came to, to find she was making out at a traffic light with a man she barely knew, and she was struggling to catch her breath after the make-out session.

“You’d better go,” she whispered.  She could feel the blush once again spread over her face.  He looked at her closely, studying her.  Another horn honked and his hand fell from the back of her neck and rested on her knee.  He gave her a little squeeze and she watched as his lips quirked up into a gorgeous smile.

“I’ve been wanting to do that since the moment I laid eyes on you,” he said, roughly.  “And truth be told, I can’t wait to do it again.”  Tessa inhaled sharply at his words and the desire behind them.   He glanced over at her and smiled.  His grey eyes were darker than they had been earlier, and she wondered if this was the look she’d read about countless times in all the romance novels she adored.  “Where to, Tessa?” he asked.  His question brought her back to the present.

This was another sexy little tale from the Taking Advantage series. Greg meets Tessa when her car breaks down in the parking lot and he gets to rescue her by driving her to her yoga studio and having her car repaired. They share a searing kiss, plan to have a date the following night, and the passion explodes off the pages. I liked this story a little bit more than the first book. We seem to get a little more connection to the characters in the story. They have a little more backstory than the other characters. It was also nice to get a little mention of the previous couple and see that they are working on their happy-ever-after. The story will effectively get you ready for some fun bedroom time.

Greg Snow is corporate attorney in a large law firm and a member of the board of directors at Advantage Insurance Company. He is happy with is life as it was until he stumbles across Tessa Mills. She manages to turn his life upside down for the best. Tessa owns her own yoga studio and works at different business giving yoga lessons. When Tessa and Greg meet, you could practically see the sparks fly. I loved that Greg made a spilt second decision and it changed his life for the better. It does make you think of all the decisions that we make in our lives, and how life can change is a second. This book was well written with fascinating and lifelike characters. Two characters from the first book make an appearance. At 49 pages, this is one hot and sexy quick story. Overall, this was a great story.

Greg’s been there, done that in the relationship department and not looking for any form of a relationship. I can understand that. But then he meets Tessa and it’s like a lightning bolt. They ordinarily would have no reason to meet, are worlds apart in their lives, but fate threw them together and Greg’s not about to question a good thing. I liked that about him. He just rolled with it and while he wanted the best he figured what’s the worst that could happen? Tessa is a guarded and committed young woman. She’s had to be. Without a role model growing up she’s gone in the complete opposite direction her mother chose on purpose. When she meets Greg she is amazed; she thought men like him were merely myths. But no, Greg is real and the desire in his eyes is focused on her. While I questioned her sanity in getting in a car with a stranger, I thoroughly liked her spontaneity. This was a quick, and I mean quick, read. It’s the second in a series about, in my opinion, instant attraction and just knowing the other person is the fabled “ONE”. Greg and Tessa had the added age gap, but Greg was physically in shape (if you know what I mean) and Tessa was mature for her age and had definite goals, unlike most of her peers. That made them meet nicely in the middle. I liked the steam but would have liked maybe a little more. All in all a nice literary escape.