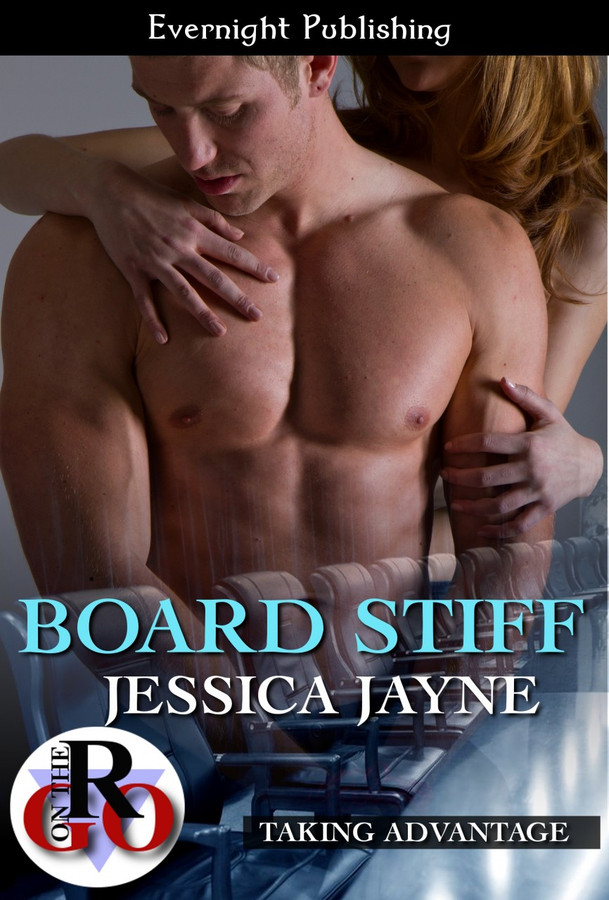 John Dorsey’s life is good. He's the owner of Dorsey Construction, the youngest person on the board of directors for Advantage Insurance Company, lives on the beach, and he knows he can have any woman he wants. John’s got the world at his fingertips…except he’s yet to find a woman that stimulates both his body and mind.

Elizabeth Wright worked hard in a large Tampa law firm making a name for herself, but it came at the expense of her personal life. When Advantage Insurance Company offers her a job as corporate counsel, Elizabeth cannot turn it down. The thought that she can have a successful legal career and a life excites and intimidates her.

But when their worlds collide one day in the Advantage board room, neither Elizabeth nor John knows what’s hit them. All they know is they can’t stay away from each other.

“Are you seeing anyone?  Sleeping with anyone?” he asked further.

“What?” she said, standing up from her chair.  Her face was incapable of hiding her shock at his questions.  Her green eyes were wide.  Her lips parted.  “What sort of questions are these?”  John’s stride made short use of the distance between them.  He stood directly in front of her, cornering her behind her desk.  He looked down into her green eyes.  They were gorgeous… she was gorgeous.  And he had every intention of claiming her.

“Answer my questions, Elizabeth.  Are you seeing anyone?”  He watched as her eyes widened even further with shock at his determination to get answers to his questions.  Nervousness flittered across her face, but her breath came out in short pants as if his close proximity affected her.  He watched as her chest rose and fell with each breath.  God, he wanted to feel her body against his.  He just knew she would feel perfect against him… in his arms.

“Your questions are inappropriate,” she replied sharply.  Despite her body giving her attraction away, she held firm.  He liked that.  He liked a woman that wasn’t too easy of a catch.

“I agree,” he said, impatiently.  “They are inappropriate.  I need the answers nonetheless.”

“Why?” she asked.  Her gaze scanned his face as if looking for the answer to her question.

“Answer me,” he demanded.  His hand reached out and caressed her cheek as if to soothe the harshness of his words.

“You are way out of line, Mr. Dorsey,” Elizabeth said.

“Yes, I know,” he said a little softer this time.  His fingers tucked a few strands of her hair behind her ear.  His gaze dropped to her bared neck.  He had to fight the urge to nuzzle the spot just below her ear.  “But I need to know if there are any obstacles to making you mine.  Are you seeing anyone?”

“No,” she whispered.  “I’m not seeing anyone.”  Her lips parted for a moment before she bit down on her lower lip.  That was almost his undoing.

“Are you fucking anyone?” he asked.  She released her bottom lip and sucked in a breath when he asked that question.  Her gaze fell from his eyes to his lips and then to her hands.  He placed his fingers under her chin and tilted her head up to meet his gaze again.  He wanted to see her eyes when she answered him.  There was heat in her gaze, and that thrilled him.

“No, Mr. Dorsey, I’m not fucking anyone at the moment,” she said.  Her voice was hard, but he heard the desire in it and that snapped his restraint.  His hand weaved into her hair until his palm gripped the back of her head, pulling her into him.  His mouth slammed down on hers.  Her full lips were soft and pliable, and his tongue flicked out over her lips to taste her.  She tasted so sweet…like candy.

4 stars, I liked this story. This is a short, sweet interlude. It&#039;s an instant attraction story, so you don&#039;t get a lot of buildup. John and Elizabeth see each other at a board meeting and are instantly attracted to each other. A brief, searing kiss has them planning a date that escalates quickly. The sex is hot. I didn&#039;t care for the repetitive nature of the wording. A little variation in some of the words used would have been a little less distracting. But the story was still hot and will get your engine running. I purchased the book from a publisher during a sale after having my eye on it for a while and was not disappointed. I think Instant Attraction stories are fun to read, and will be reading the rest in the series. I also love that the covers seem to represent the characters in the story. It really adds to the visuals.

Got to love a man that goes after what he wants and we definitely get that with John Dorsey. Yum! There&#039;s no question what he wants and boy did he make me melt. I love Romance on the Go reads from Evernight Publishing. There&#039;s nothing slow about these titles, they are quick to entertain and keep you engaged. I&#039;m an instant fan of Jessica Jayne. I&#039;ll be reading more of her stories for sure.

John Dorsey is a dream come true. Aggressive and not afraid to ask for he wants, he enters the picture like a tornado and sweeps Elizabeth right off her feet. Their first meeting gave me the tingles and it just gets better from there. Both are at the top of their game in their respective fields and both can have their pick of partners. Elizabeth is initially put off at John’s coarse handling but her inner secret submissive self finds it intriguing. Sure she’s in control at work, but why not cut loose with John? How hot is it that they want each other and don’t let conventional relationship rules get in the way? This is a quick read and doesn’t try to be more than that. The author starts off fast and it just goes faster. I was totally into the chemistry and sex that John and Elizabeth generate together and happy with the optimistic ending as well as the clues that Elizabeth was different for John right from the start. I really look forward to the next story in this series.