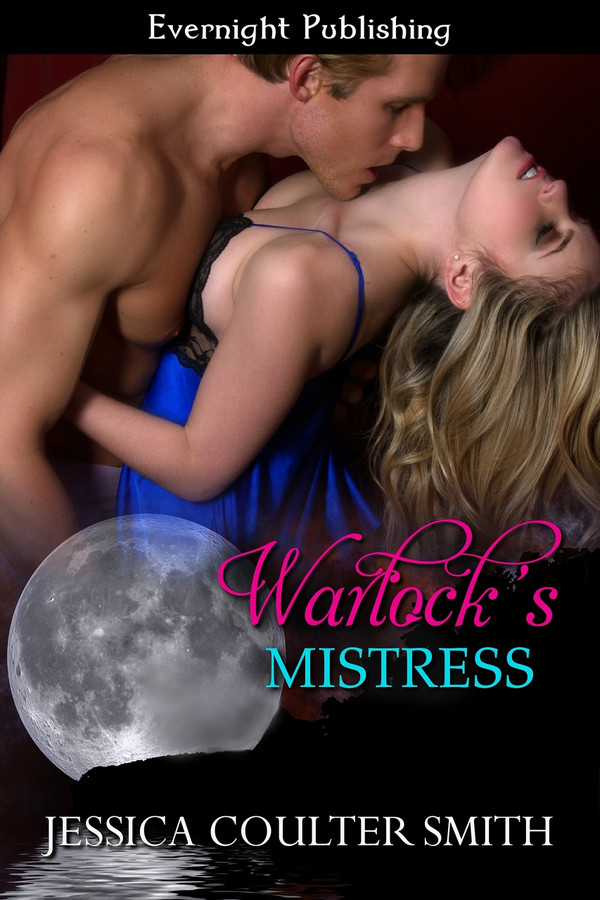 Seraphine Bishop, enchanted by a sorcerer in the 1800’s, has been by Jared Blaylock’s side for over a hundred years. As his mistress. But things are changing, Jared has been pulling away, distancing himself, and Seraphine wants to know why. They’ve been together for so long, has he finally tired of her?

Jared aches to be near Seraphine, his destined mate, but he must pull away to save her. A fairy prince has laid claim to her, wanting her for his bride. Unless Jared can find a way to change the prince’s mind, he’ll lose Seraphine forever.

Seraphine Bishop watched with narrowed eyes as her lover pulled on his clothes. Was it her imagination or did he always seem to be in a hurry to run out the door these days? It seemed she was good enough to fuck, but not good enough to cuddle. That hadn’t always been the case. She’d been Jared Blaylock’s mistress since 1895, when he’d found her roaming the streets, half starved, without a penny to her name and without hope of surviving until tomorrow. A sorcerer had taken a shine to her and had cast a spell over her, freezing her in time and giving her the gift of eternal life, except he’d grown tired of her after a few months and had thrown her out. Jared had found her and given her a new life, except he hadn’t been Jared then. He’d changed names many times over the centuries, with very few people knowing his original name—Lord William Stratham. Her warlock was over five hundred years old, but still looked like a sexy thirty-five.

In all these years, Jared had always been attentive, lavishing her with attention and affection, but for the past month, it had been like being with a stranger. He still came to her, spent an hour or two in her bed, then ran for the door as if hellhounds were nipping at his heels and he couldn’t wait to be rid of her. Why he hadn’t thrown her out, she didn’t understand. It was obvious he’d grown tired of her. Really, she’d expected it to happen a lot sooner. They’d been together for over a hundred years. She’d been waiting for the day he’d crossed paths with his mate and end their affair. Seraphine wondered if perhaps that’s what had happened and he just didn’t know how to tell her, or wasn’t ready to let her go just yet. The question was how much longer was she going to put up with it in silence? She’d been quiet so far, taking his rejection as best she could, but it was grating on her nerves. Things were still hot between them, there was obviously still something there, but he didn’t seem to want to acknowledge it.

Jared paused at the bedroom door. His auburn hair fell across his forehead and into his eyes, hiding their green depths from her. She wondered if he was going to say something, tell her it was over, that he wouldn’t be back, but he turned away from her, twisted the knob, and left without a word. Her heart ached and she fought back tears at the cold dismissal. She shouldn’t have let her heart get involved in the first place. She was in his life for one purpose and one purpose only. As his mistress, she didn’t have the luxury of falling in love with him. Unfortunately, her heart had other ideas.

Not for the first time, she wondered if she should shackle him to her bed. Of course, he could always use magick to get away—unless she used spelled cuffs. Now there was a thought. She could make a game of it, draw him into her web so to speak, then after allowing him to give her a mind-blowing orgasm or two, she could torture the information out of him. What had changed? Why was he different? What was he hiding? If he wanted to play games, she’d play, but by her own rules.

I have to say that the world building in this book is incredible. love the intensity and struggle between Jared and Saraphine. Ms Smith has once again delivered an intense read that will get your motor running and your heart racing. Good Job! I am gonna go look for the 1st one and see if there are more! sorry I refuse to give spoilers!!

This was a cute sweet short story.

Warlock&#039;s Mistress features Jared, a warlock is facing a terrible situation. A bargain struck when he was quite young has come back to haunt him. The bargain requires him to give up something that his most precious to him, his mistress Serphina. Having been together for over a hundred years, Seraphina fears he is growing tired of her. He has become distant, not spending much time with her. Hurt and confused, she almost just leaves the home he has provided for her all these years but is convinced by the local psychic to stay. Seraphina has to get to the bottom of this. She cannot give up her love without a fight! This is quite the sweet little novella, like an episode of Once Upon a Time or Charmed with a sexy moment or two. The main characters fit each other well, complimenting each others strengths and weaknesses. All in all, a cute read.

His Mistress by Arabella Sheen

Mistress to a Monster by Sam Crescent