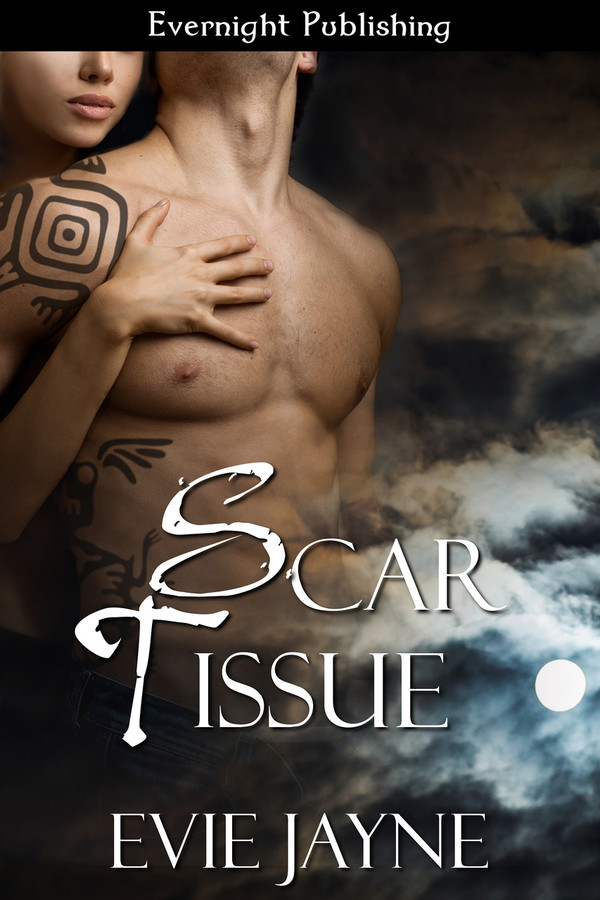 The safe suburban life you lead is a lie. Your myths and nightmares are the truth. From the shadows and hidden places we watch you, stalk you, feed on you...

Caden James is a rare subspecies of vampire. That's bad enough, but it's only going to get worse. The 2nd maturation is almost upon him, when he will fall into the Dark Dominion. Unless he can find the female fated to save his soul. Sounds simple, find her and stop his descent into horror.

Except with Parry O'Morrigan, nothing is simple.

Parry's past has scarred her physically and psychologically, leaving her with a bone deep fear of vampires. Until she crosses the path of a fanged warrior who sets her blood on fire.

Thrown together, the pair track the creator of a new breed of zombie. As the hunt heats up, so does the passion between them. Can Parry overcome her past? Even if she can, Cade's fate may yet destroy the only female he's ever cared about.

Lust and aggression shifted under his skin. He needed to get her under him, to mark her and make her his. Her near death at the hands of the revenant had stripped away much of the control. Bloodlust roiled through him.

He fought to keep from baring his throbbing fangs at her. He had to be sane about this. His nature could not be the leader in this confrontation.

“You're hurt,” he said and forced himself to take a step back from her, and then another. All he wanted was to close the gap between them. Her chin jerked in acknowledgment, but she lifted one black brow in a blasé arch.

He shifted forward, unable to stop himself, the pull towards her magnetic. Her blade rose, pointed straight at his throat. He was fully aware that with a flick of that fine boned wrist could part his head from his neck. The thought made him smile. Wild sidhe, dangerous female.

Memories of her body pushed hard against his in that alley three weeks ago flickered in his mind. The feeling of her small muscular back against his chest, her ass pressed into the ache between his thighs. He growled low in his chest.

With infinite care he lowered his own sword. When the bloodstained tip scraped on the ground he released the handle. It clattered on the gravel with a metallic ring. Sometimes actions were better than words.

“What else?” she said. He shuffled his left foot forward and let her see the hilt of the dagger in his boot sheath.

He bent slowly, feeling her gaze follow his movement. After tossing the blade at her feet he stood up.

“What else?” she repeated.

He had to smile, even though he knew it exposed his fangs to her. Not like she wasn't fully aware of what he was anyway. Of course she knew he wouldn't be lightly armed. Hell, her sisters had taught the Abstainer soldiers.

He pulled his coat back from his shoulders, exposing the harnesses that were strapped to his chest, hips and thigh. He unsheathed blade after blade and tossed them at her feet like a deadly offering. Apt, his bloodstained hands were all he had to give her. No gentleness, no reverence or refinement. Those things weren't in him.

He was a curse, murder on two legs, death with a vampiric heartbeat. He didn't deserve her, but he would have her anyway. He needed her to save what little was left of his soul.

As he laid the last blade at her feet she nodded, but one of her twin swords stayed pointed in his direction. Cade fought the urge to knock it away and cross the ground between them. Not the right time for that. He'd fucked it up the first time he'd met her, manhandling her body as if he had the right. Then losing it on the revenant tonight. Could he have done anything to make it any clearer what he was?

“I remember you, Abstainer,” she said.

His lips curled. Good, that was good.

I loved this from start to finish. Not my usual genre of stories but this one had me hooked from the get go. The storyline was riveting, it kept me in suspense as I followed Parry and Cade&#039;s relationship. Normally these types of books can become a bit hard to follow with complicated species and sub stories but this one was easy to follow and kept me on the edge of my seat. Has everything a good book should have ; romance, suspense and a brilliant cast and storyline. I also hadn&#039;t read the first one but it didn&#039;t seem to matter. Thoroughly engaging I would definitely recommend this.

Parry Og Morrigan, beanne sidhe warrior, had been kidnapped as a child and unable to move past the psychological damage. She is left a woman full of anger and hatred of vampires. When she meets a vampire that turns her cold into hot, she fights the feelings he stirs in her. As a rare vampire, Cade goes through two maturations to become a vampire and then a Dark Dominion upiir. He has found his ves’tacha as the darkness begins rising more frequently. His time is running out and he cannot wait forever for Parry to accept his vampire nature. Parry and Cade are thrown together in a battle against a group of sentient revenants. With the task of hunting down the necromancer controlling the zombies, Parry is forced to live in the vampire compound with Cade. They follow clues that lead to a place Cade thought he could leave in the past. With the rising popularity of undead books, I have seen several takes on zombies, and in Scar Tissue, I get an added bonus - Vampires! Ms. Jayne has a different outlook, and while I did not immediately take to her ideas, by a third of the way through I was hooked. The endings of her chapters were a tad choppy and did not flow well, but her storyline was perfection. I never felt confused, even with all the different immortal beings described in her book, and I was always curious of how Cade and Parry would overcome her past. Parry and Cade both equally made my heart quiver; having to face their past to obtain any semblance of a future worth living. I was completely spellbound and will anxiously await to see how to story continues with the next book of the Dominion series. Raven Reviewer for Coffee Time Romance and More

I absolutely adore this story. The battle against evil is always present...and in this story you find that without his true mate, a vampire will be turned to the dark side even if he does not wish to. Scar Tissue was really a hard one to put down and is a pretty good long read! If you are into different stories about vampires this is definitely one to kick back to. Make sure everyone knows you are not to be disturbed though. You might get sucked in so deep you don&#039;t hear them pestering you!!! (Ahhh yes, its a blessing!!!!)

Picking up from within the story-line of ‘Lunacy and the Vampire’, Evie Jayne continues to build on her richly developed fantasy world in ‘Scar Tissue’. Introducing new powerful immortals and mortals Evie expertly navigates the turbulent emotions involved in cross-species relationships and the frustration of fate within a storyline that is consistent and engaging. The female warriors are captivating and oh so very sexy as are their powerful male counterparts. Rife with potent erotic experiences and the determination to overcome evil while battling the potential of evil within, this is a fantasy world that mimics human nature and desire while capturing your attention with a relentless pace. On a philosophical note, I admire Evie Jayne’s ability to weave multiple belief systems into her fantasy world without diminishing any of them. I was hooked from the first paragraph and am left wondering what next for the light Dominion as they battle the age’s long war against the dark Dominion. Errant Satiety Help other customers

Picking up from within the story-line of &#039;Lunacy and the Vampire&#039;, Evie Jayne continues to build on her richly developed fantasy world in &#039;Scar Tissue&#039;. Introducing new powerful immortals and mortals Evie expertly navigates the turbulent emotions involved in cross-species relationships and the frustration of fate within a storyline that is consistent and engaging. The female warriors are captivating and oh so very sexy as are their powerful male counterparts. Rife with potent erotic experiences and the determination to overcome evil while battling the potential of evil within, this is a fantasy world that mimics human nature and desire while capturing your attention with a relentless pace. On a philosophical note, I admire Evie Jayne&#039;s ability to weave multiple belief systems into her fantasy world without diminishing any of them. I was hooked from the first paragraph and am left wondering what next for the light Dominion as they battle the age’s long war against the dark Dominion.