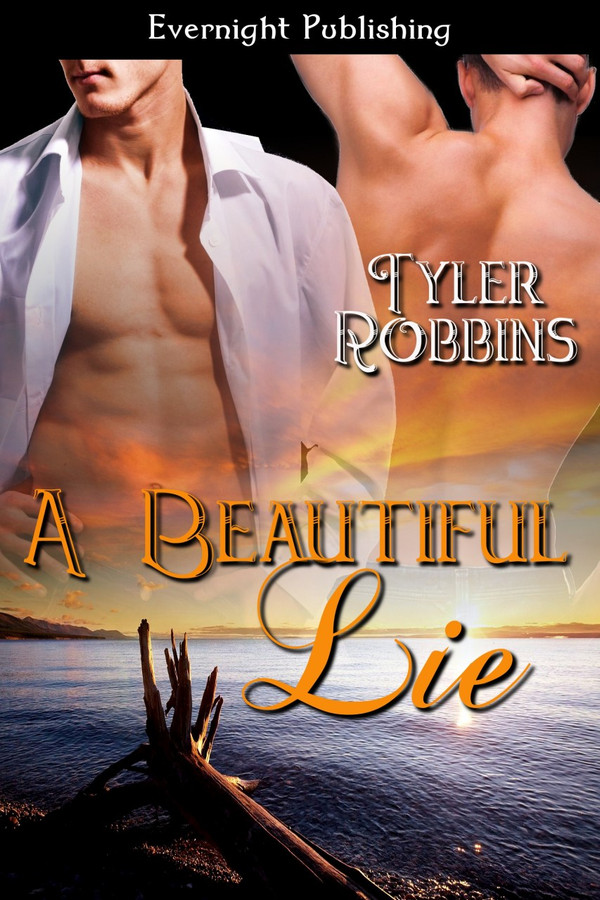 Jesse Reagan has had more than his share of tragedy, and he may have been dealt another blow when, once again, cancer threatens the sister who raised him. Faced with the possibility of being left behind, Jesse vows to care for her young son, though he’s not convinced he can.

When Trip Cantrell returns to town, he’s blindsided the instant he’s reunited with his kid brother’s lifelong friend, Jesse. His inability to find happiness in the years he’s been gone, suddenly makes sense. Love’s been waiting at home all along.

Life begins to look promising, except for the fact that neither have come out of the closet publicly, and that’s not even their biggest problem. Someone has a secret so shocking they may never find a way past it.

Will they be accepted in their small Texas town, or will secrets, lies, and the threat of tragedy destroy everything?

Trip sat down, and Jesse stood over him, his hips aching to roll the second Trip took hold of his pulsing cock. Jesse’s eyes rolled instead. “Oh, God.” Heat blasted his balls, and they tightened as Trip’s fingers gently glided over the tender flesh.

Trip glimpsed up at him with a shit-eatin’ grin. “Please tell me you’ve thought about this.”

Jesse bristled. His every nerve tingled at the pleading inflection in Trip’s voice. He cleared his throat and tried his best to free his cluttered mind. “I’ve imagined this too many times.”

“Excellent.” Trip’s amusement resounded in that one simple word. He flicked the head of Jesse’s cock with the tip of his tongue, further solidifying his confidence.

Jesse’s heart raced, and he bit his bottom lip, struggling to remain standing as his knees threatened to buckle. “Feels … so … good.” His eyes fluttered closed, but he opened them quickly. Afraid he’d miss something.

Trip gripped the base of Jesse’s shaft, and warmth engulfed every inch as his cock disappeared inside Trip’s mouth.

Jesse watched his prick dip in over and over as Trip sucked him off. Pressure built with each slow, sensual bob of Trip’s head. Jesse gasped when Trip’s fingers slipped between his ass cheeks, and toyed with his anus. “Oh fuck.”

Trip scooted to the edge of the sofa, taking in even more of Jesse’s engorged cock. Slurping sounds reverberated throughout the room, and a cool, wet sensation tickled the inside of Jesse’s thigh from Trip’s saliva.

“So fucking sweet.” Trip flattened his tongue on the underside of Jesse’s dick and lapped up the clear-pink pre-cum bubbling from the tip.

Jesse wanted more. He thrust his hips, forcing his cock deeper into Trip’s mouth, and moaned from the pure pleasure scattering throughout his body. “I wanna fuck you so bad.” No statement had ever been truer.

As if compelled by Jesse’s words alone, Trip leaned back and spread his legs. He moved his hand to his own shaft and stroked himself slow and purposefully.

Trip took Jesse’s cock and rubbed it against his own, jerking them both off at the same time.

Jesse’s cock was a little larger, but the girth of Trip’s made up for the difference in length. “Mmm,” Jesse moaned again, seeing their cocks sliding into each other. His need to touch Trip overwhelmed him. He ran hungry fingers up Trip’s stomach and chest, lightly plucking the flesh around Trip’s beaded nipples, provoking a quick jerk from the other man.

Trip sat up, and grabbed the back of Jesse’s neck, and kissed him hard. “Playtime’s over.” He nudged Jesse back, and got up, leaving Jesse kneeling on the floor alone, his cock throbbing with only one way to relieve it.

Well, I did like &quot;A Beautiful Lie&quot; but the back and forth attraction Jesse had for his best friend Eric was a little bit of a yuck factor, especially when Trip shows up and Jesse is suddenly admitting he had a secret crush on him when he was growing up. After getting over that bit though, I enjoyed the interaction between Trip and Jesse. But, the jealousy from Eric toward Trip and the secret that he knew concerning Trip and Joslyn and Jesse made for an UH-OH, in the storyline. I liked the way the author wrote about Joslyn&#039;s cancer coming out of remission and shows how they all have to deal with the stress of knowing Joslyn was going to die. The ending was a good ending even though it took a while to get there. Jesse finds out his beloved sister&#039;s cancer has flared up again and that he must deal with her possible death, and then he has to deal with his boyhood crush coming back to town, his best friend Eric&#039;s older brother, Trip Cantrell. Trip Cantrell strolls back into town not knowing what he&#039;s going to do with his life, when he sees the boy who was his brother Eric&#039;s best friend is all grown up and hot as hell. He is intensely attracted to Jesse and when he finds that attraction is reciprocated, they decide to explore it but need to keep it a secret from Eric. Eric knows a secret that could destroy Jesse and Trip&#039;s newfound love, but will he use it? And, how will all of them deal with Joslyn&#039;s cancer flaring back up?

I like the way this starts. I was lured in by the initial tense scene in the hospital where we’re introduced to our main character Jesse Reagan. He’s nervous &amp; agitated as he’s waiting for his sister Joslyn to come out after getting some tests done. He fears that her cancer may have returned after she had been in remission for the past couple of years. The strain he’s feeling is compounded by the fact that he‘s worried about Joslyn’s son Jeremy and what will happen to him if his mom is not around. He gets some support from his straight best friend Eric who Jesse has a secret crush on. Everything in the scene is designed to move you and it does but I just couldn’t sustain that feeling throughout the entire book and by the end of it, I was more dry eyed than I expected. I think what starts unraveling the story is when Eric’s brother Trip shows up. We learn that Jesse’s boyhood crush is not Eric after all but his older brother Trip. So much the better as at least Trip is actually gay (even though all the reminiscing about past sexual encounters involve women, which I found odd). I was anticipating lots of tension between the two men as they figure out how they feel about each other after not seeing each other for many years. Instead everything happens in an instant. They meet, they’re flirting, swimming naked and having full on sex. So much for build up &amp; tension. Two sex scenes and they’re practically in love. And while we’re trying to digest that a crisis occurs and they’re eventually separated due to one of the more melodramatic plot points. The main star of the drama portion of the story is Joslyn who is sympathetic in many ways as she’s had to grow up really fast helping to raise Jesse and then finding herself alone raising her child and dealing with a very serious illness. But the decisions she has made in her life go from bad to worse and I found myself getting annoyed with her for really causing a whole mess due to her dishonesty. Eric was also another character that I found troublesome especially in the mean way he treated Trip and how he couldn’t seem to stick with a personality. He goes from easy going drinking party boy to just angry, hostile &amp; jealous. Very inconsistent. I just had trouble immersing myself in this whole story. There were some good elements as it was warm and sweet and sad in places. But I didn’t like how everything happened so quickly with not enough space given for each storyline. What this book lacks is breathing room and is so in love with the plot twists that you’re not given the time to appreciate things like this new relationship that Jesse &amp; Trip has or to feel intense emotions about his sister’s illness. With all the coincidences, the story also started to feel like a soap opera. I do think there’s an audience for books like these though, especially if you’re in the mood for a soapy story with piled on angst and lots of sweetness.