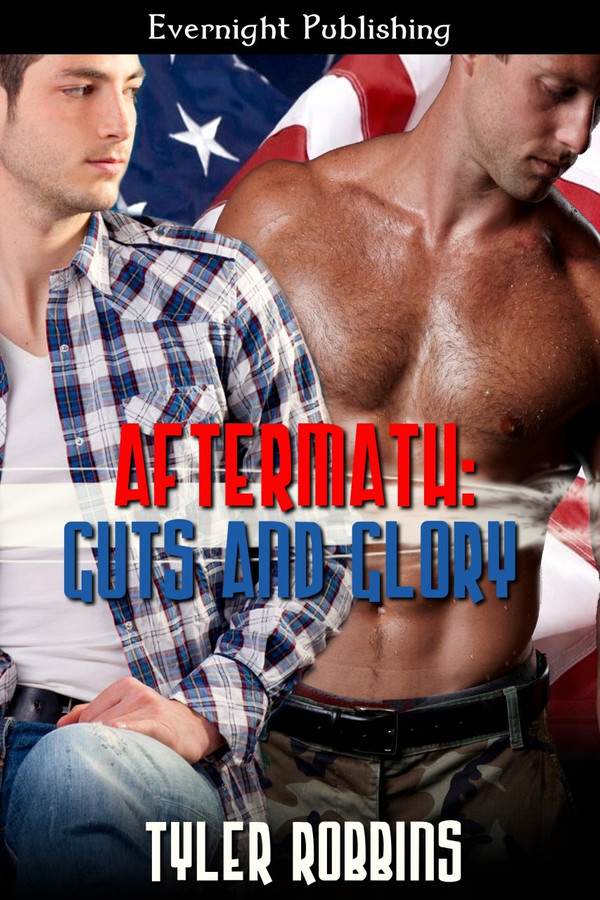 When the brother he idolized is killed in action in Afghanistan, Kyle Barrett is rocked to his core. With his only confidant gone, Kyle struggles to deal with the loss, while fighting to keep his hidden sexuality a secret from his parents.  If only he didn’t have to face them alone.

Army veteran, Ryder Bishop has returned from his final tour in Iraq, when severe PTSD forces him to seek help through a new counseling program back home in Texas.  Just when Ryder thinks he’s reached the end of his rope, he meets Kyle, and their lives take a remarkable turn.

Can the grieving brother and damaged soldier find the peace they so desperately need? Or will they become statistics when the aftermath of war hits too close to home?
They might have shipped the soldier home, but his demons have come with him.

Kyle took a deep breath to steady his excitement then slowly unfastened Ryder’s jeans. He pulled them down just a bit, low enough to remove the semi-hard cock from Ryder’s boxers. The shaft stiffened in the palm of Kyle’s hand, and he liked the feel of the delicate flesh against his own skin. He slowly tightened his grip and began to stroke.

Kyle watched Ryder’s expression as his movements hastened. Ryder, this strong mountain of a man, who dominated the basketball court, and practically mopped the floor with Kyle every time they played, literally melted in Kyle’s hand.

Exhilarated by that extra confidence, Kyle found the courage to take the next step. The natural step he’d wanted to take since he first laid eyes on the other man’s cock. Kyle licked his lips, then flicked the head of Ryder’s dick with his tongue.

Kyle lapped the salty surface of Ryder’s crown then encircled it with his lips, until he lowered his head, and drew half of the fleshy shaft into his mouth.

Kyle’s ears rang, and his heartbeat boomed like a bass drum inside his head. The more he sucked in, the louder Ryder’s groans became, thrilling Kyle even more.

Ryder made a hissing sound. “Careful with the teeth.”

Kyle corrected his technique and covered the thick shaft with his lips instead, then dove back down for another plunge.

Kyle’s eyes watered as Ryder’s cock bumped the back of his throat, flooding his mouth with Ryder’s salty-sweet essence.

Ryder grasped the back of Kyle’s head and shoved himself in harder. “Feels so fucking good.”

Kyle gripped the base and used his hand to jack Ryder off as he continued to suck and lick, until Ryder abruptly pulled back, and stopped him.

“What?” Kyle’s mind whirled, and he fought to take Ryder’s cock back into his mouth.

Ryder’s stomach muscles rolled, and his breathing deepened. He inhaled deeply before speaking. “You’ve seriously never done this before?” Disbelief resonated in his tone.

Was he serious? He’s asking this now? “Never.”

“Shit.” Ryder licked his lips, his eyes glazed over. “So that means,” Ryder skimmed his thumb over Kyle’s tingling bottom lip, “nobody’s ever done it to you either.”

Kyle drew in a deep breath, doing his best not to bust a nut just at the thought of it. “No.”

A gleam sparked in Ryder’s eyes “Lie back.”

Ryder’s eyes danced back and forth as though searching Kyle’s for an answer to a question he hadn’t bothered to ask. His brow bunched, and he eased closer. “Just don’t forget to breathe.”

This book is awesome! It is first and foremost a love story between two complex, real characters. And secondly it is a story about how two men deal with the affect of war in their lives. I love a tortured hero and this has it all. Great men, hot sex and a love that conquers all.