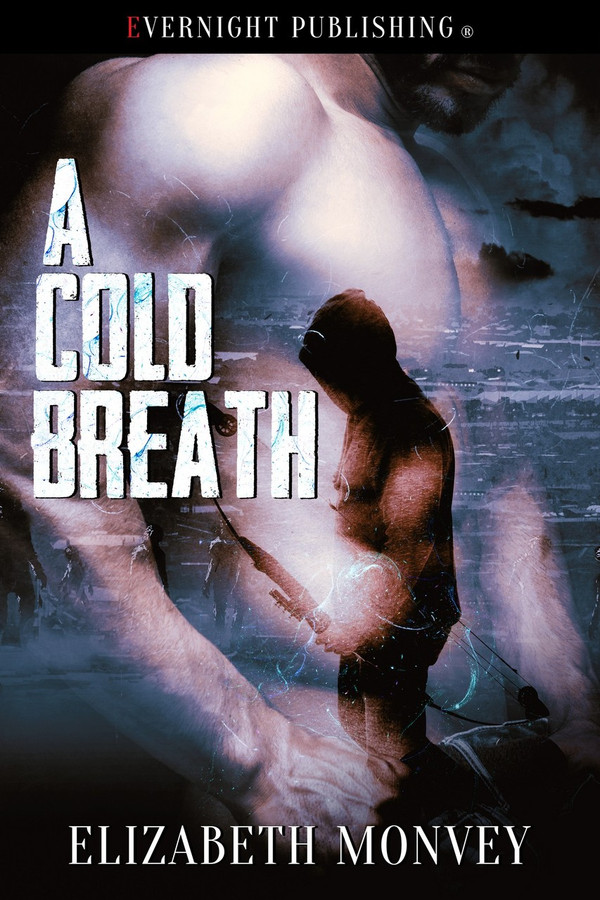 The world has changed. Almost two years after the zombie plague destroyed civilization, the last of mankind is trying to hold on. Remy lives with his father inside the walls of a safe haven, until the night they're attacked by a swarm of walking dead. But when help arrives, he's horrified to discover the haven has been targeted to be destroyed—infected or not.

Atticus left his home when his lover was bit. Mourning the loss, he looks for something to keep him going. To not give up. He may have stumbled into the wrong group, but he can’t hurt innocents.

They find each other in the middle of an apocalypse, and although Remy might be wary of the handsome loner, he realizes Atticus might just be the person he needs to stay safe.

If only he didn’t feel so attracted to the man.

“The zombie that almost made me lunch. Who do you think he was that he ended up in a closet like that?”

“I don’t know,” Atticus replied. “Does it matter?”

“Because I bet he never thought he’d end up stuck in a closet and forgotten about. Just like we can’t imagine where we’ll be when our time comes. I think what keeps us from becoming completely apathetic is knowing who we were and remembering that we were once human.”

“Maybe he was bit, and his friends put him in the closet to protect themselves before locking up and walking away. If that’s the case, they weren’t really friends because they didn’t put him out of his misery. They left him to turn.”

“Or they cared too much and couldn’t do it.”

Atticus pursed his lips. “Sentiments get you killed in this world.”

“I care about myself.”

Remy frowned because his statement didn’t jive with his actions. “If you’re still around if I’m ever bit, will you put me out of my misery? I don’t want to be one of them.”

“You don’t know that. Promise me and I’ll promise you the same. If you get bit, I’ll give you the permanent death.”

“Just stop it!” Atticus shouted, banging his hand on the wheel. “I told you. You won’t end up like that, and I won’t have to do something I don’t want to do. Now just drop the fucking subject, okay?”

The apocalypse had happened and zombies weren’t the only threat to people anymore – marauders, outlaws roaming the countryside who felt it their right to take and destroy anything they felt like. Atticus had been wandering for about a year when he decided it was time to get back in touch with what remained of humanity. Only the community Atticus first came across wasn’t what he expected, and when Atticus meets Remy the two men need to rely on each other in order to survive the world they’re left in. I found this to be an interesting and quick-paced zombie-style story. I enjoyed the alternate universe and tone of the author’s voice which mingled hope and devastation with just a hint of humour (I laughed aloud when I discovered “Fifty Shades” had survived the end of the world…). While it’s clear the world has irreversibly changed, much of the characters remaining are relatable and easy to feel empathy for. I was pleased there wasn’t much gore in the story – the shattered world and worst aspects of humanity felt like more than enough to me, personally. I also appreciated how while there were some vile characters, there were also good people trying to do the right thing and help stitch back what could be saved of humanity. I feel these two elemental forces are – at heart – what so many stories really are about and I quickly found myself enmeshed in the story and really rooting for Atticus and Remy. The two men became intimate after a fairly short period of time – but the author helped make me find this believable. With genuine dangers lurking all around and a lot of unknowns about the future it seemed understandable for people to take their pleasure where it was possible to find it. While survival in the post-apocalyptic world is definitely front-and-center of the plot, the growing trust and relationship between Atticus and Remy also captured my attention. There’s quite a bit of steamy sex and readers who enjoy the bedroom door kept wide open should find the heat level here more than satisfies. With a strong plot, good world-building, cheerful ending and a steamy M/M romance this book was a great, quick read and one I can happily recommend.