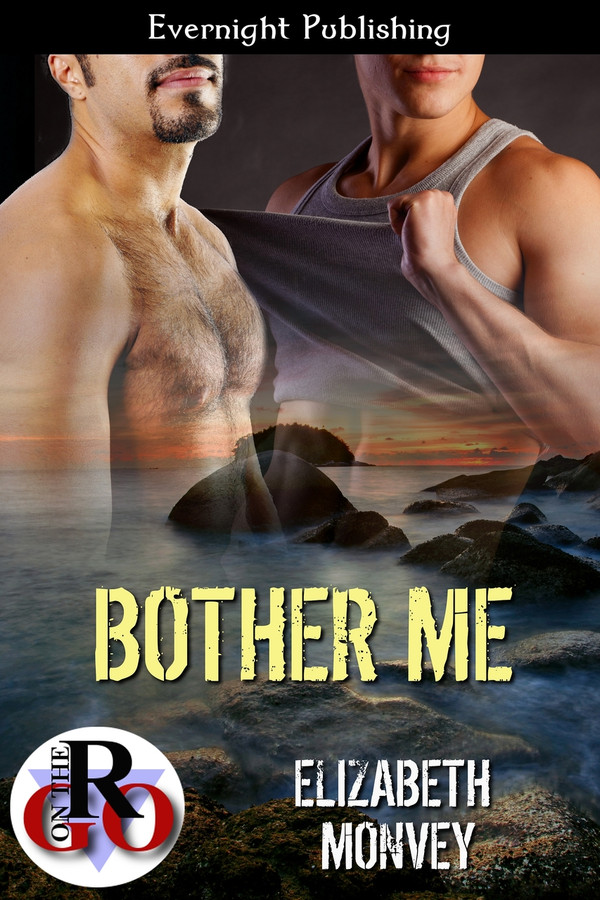 Thirty-eight year old Tighe Valentine moved to Los Angeles to help care for his ailing mother.  His younger next door neighbor, Scotty Tilden, lives a carefree life of surfing and beach parties.  They are complete opposites.

For Scotty, Tighe is his dream man, if only Tighe would see it his way.  But his sexy neighbor is stubborn and in denial of his true sexuality which is in contrast to how Scott lives his life.

And then the world turns upside down as a devastating earthquake rips everything apart.  As Tighe searchers desperately for Scotty, all he can think about and pray for is finding alive the man who’s stolen his heart.

Scotty hadn’t believed his good luck when his next door neighbor agreed to go to Dumas Point with him, because he’d been lusting after Tighe Valentine for three months, ever since he’d laid eyes on the huge man. And his day continued getting better when Tighe answered his door naked, allowing him to get a glimpse of the big cock he’d been fantasizing over.

Tighe was the type of man Scotty liked to call a bear.  He was big, brawny, with a massive hairy chest, thick thighs, and was hung like a horse.  In other words — the perfect man.  And now, knowing Tighe was gay and returned his attraction, well, he’d just hit the fucking lotto.

“Come with me,” he said, standing and grabbing Tighe’s hand.  He frowned a little when Tighe pulled away, but the other man at least followed after him. Scotty figured that was good enough for now.

“Where are we going?” Tighe asked as they moved farther away from the bonfire, into the dark patches of the beach hidden from view of the lingering people.

“Away, so I can do this,” Scotty said.  He turned and stepped close to Tighe’s big body, so close he could feel heat coming off the bigger man as well as the huge fucking boner the man sprouted.  Within seconds he had a matching hard on as he cupped Tighe’s face and pulled his lips down to his.

Short but emotionally intense, this is the story of two neighbors who are physically attracted to each other, but one of them isn’t ready to admit he is gay. His main concern is other people’s reactions, and coming from a conservative area in Texas and since his ex-wife used his sexual orientation against him in an acrimonious breakup, I can’t say I blame him. The question is whether he can learn, and if Scotty is the man to teach him that some things are worth it. Tighe will secretly admit to being attracted to Scotty. He has dreams about him and fantasizes about him while he is in the shower, but is unwilling to do anything about it. He is afraid. And when Scotty takes the first step, then the second even after being rejected, Tighe should really come to his senses. But he can’t deal with his fear of being ostracized, and withdraws. It takes a major catastrophe for him to realize Scotty is way more important to him than a one-night encounter should be. And that is when Tighe has to make the final decision. Scotty is thirteen years younger than Tighe, pretty carefree, but deeply attracted to his older neighbor. He will admit it starts out as a physical force, but as he gets to know Tighe, even just a little, he also realizes there could be so much more between them. Luckily Scotty isn’t one to give up. Not even in the face of repeated major rejection. If you like stories about men who struggle to admit who they are, and if you’re looking for a short read that manages to pack a lot of intensity and emotional upheaval into its few pages, then you will probably enjoy this short story.

Tighe Valentine moved to Los Angeles to help care for his ailing mother after his life in Texas fell apart. The only person he really sees besides his mother is his younger, sexy next door neighbor, Scotty Tilden, who seems to live a carefree life of surfing and beach parties. They are complete opposites. Scotty has liked Tighe since he first met him and while he is not certain of Tighe’s sexuality, he’d like some time with him to find out. An earthquake may be exactly what is needed to shake some sense into these two men. The story is told from alternating points of view. The most important thing to note about this story is that it is a Romance on the Go, so it is a short! I mention that because I really enjoyed the story and the characters, as I’m sure other readers will, enough that you want to know more. Tighe is in his late 30’s, divorced and has moved from Texas to care for his mother who is in a care facility near Los Angeles. Caring for his mother has given him some sense of purpose for how his life was turned upside down by one “fling” with a man back home. He works at a ranch outside LA that requires a very long commute every day, and he visits his mother. That is his life, he does not have friends and does not go out as he tries to bury what he feels “ruined his life”. His neighbor is Scotty, who is in his 20’s, he is single, out and proud, he surfs and goes out with his friends. He also thinks Tighe is the hottest man he’s seen in a very long time and he wants to get to know him as more than a neighbor. I liked the chemistry between these characters, that they both showed vulnerability as they crossed the line to be friends and to see if there was a chance for them to be more. I thought it was a well written, well paced story, with a lot of detail and back story for a Romance on the Go. The highest compliment I can give the story is the fact that I wanted more! I liked the characters from the first page, they were well balanced with their personalities and if the author ever wanted to write an expanded story or a sequel to expand their story, I would certainly read it. I would recommend this book for romance lovers, those who like stories of people starting again, finding themselves and finding love. There are definitely some hot scenes in the book, but they very much fit with an erotic short so it is more for those who like hot romance. And I will be looking for more by this author, reading this book was definitely not a bother to me!

Wow. This short story packs quite a punch. Sex, love, danger...two hunky men in love with each other. I couldn&#039;t put it down!