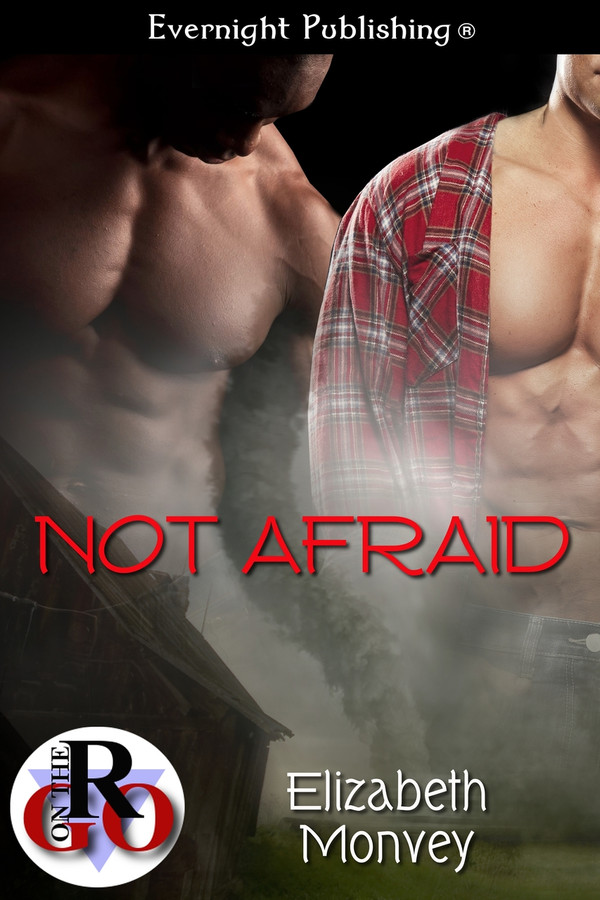 Raleigh Hewes has known Augustus Rains his whole life, and for the past year they’ve been lovers. They’ve kept it a secret because Gus is afraid of what people will say. Not only are they a gay couple in a small town but he is black and Raleigh is white. Raleigh wants to be out and proud, but Gus is concerned since both their businesses revolve around the local market.

After an argument, Raleigh has doubts that their love can last because he’s tired of hiding their relationship. When a storm sweeps over his farm, he’s caught in the eye of a tornado, and Gus races frantically to find the man he loves.

The danger has put into perspective his fears and Gus decides not to be afraid anymore. He just hopes it’s not too late to lay claim to Raleigh’s heart.

“Were you really going to turn me away?”

“It was Mrs. Brumthal, Leigh. Of course I was going to turn you away.”

And then Augustus reached out with his big, beefy hands and pulled him flush against his body to claim his lips in a deep, penetrating kiss. Raleigh reached up to hold on as Gus licked and sucked on his tongue, fusing them in a way that made his dick hard as steel. It was always like this with Gus, always this raw and powerful and hot. Christ, Gus was the sexiest thing on two legs, and Raleigh always sported a boner within two seconds of laying eyes on the man. When Gus tried to break the kiss and come up for air, Raleigh practically attacked him back, throwing himself into the hard, muscled body. Gus’s arms hit the evenly stacked paint cans and knocked all them off their perfectly set row.

“Three fucking days, Gus,” he said roughly in between nips and licks. Gus moaned at Raleigh’s attention. “I’ve been jacking off with mental images of you for three days.”

He sank to his knees in front of Gus and worked on getting his jeans undone. He carefully eased the zipper teeth over the straining erection and some white boxer briefs poked out, barely able to contain the large girth pushing against them.

“I’ve dreamed of this cock, of tasting it and sucking it,” he murmured as he yanked the jeans and underwear down far enough to ease out the huge dick. It was a bit darker than Gus’s skin, and the head was bulbous over a long, thick shaft. Gus’s balls hung, large and heavy. Liquid dribbled out of the tip like crazy, and his mouth watered, so he leaned over and licked.

“Holy shit!” Gus panted. His fingers sank into Raleigh’s hair to either hold him in place or direct his movement. Raleigh didn’t actually care. He was too happy sucking on Gus’s cock to really think about anything else.

Not Afraid is an interracial short story set in small town Missouri, about decades-long acquaintances who became lovers. Gus is a hardware store owner who has been hiding his sexuality from the town because being a black gay man in a rural town in MISSOURI could ruin his life. Leigh, his younger white lover, doesn&#039;t want to hide their relationship anymore from the town. The longer they keep their relationship secret the more Leigh is getting frustrated and restless. The premise to Not Afraid was interesting enough. The execution of the story, despite a few kinks, works well. I liked the character development, world building, and quick dialog. I could have happily lived without the somewhat quirky grandmother who somehow uses modern slang properly, but that is just a small nitpick with an otherwise good story. Not Afraid is a fun, sexy and quick read that I readily recommend.

We are all afraid of something. Fearing what others may think about us if we do certain things, or not do them, as the case may be, is among the most common reasons for changing our behavior to what we think is called for in today’s Western societies. ‘Not Afraid’ looks at two men and their reactions to what they think other people might say if they came out as gay and admitted they love each other. They live in rural Missouri, so there are just a few complicating factors… Raleigh and Gus are battling presumed prejudice, if you ask Raleigh. He is far less afraid of what people will say than Gus. He is also ready to leave in case things go badly for them. In short, he does not let the fear rule his life, or make his decisions for him. Quite honestly, I thought it was easier for him to think like that. He never really wanted to work the farm his parents have left him, he is white and has not had to deal with the sort of discrimination Gus probably had to deal with as a black man, and Raleigh is more impulsive and seems to be more of a risk-taker as well. He is getting very tired of not being able to live his life openly, and hates having to hide his love for the man he has had a crush on since high school – and that was twelve years ago! If you ask Gus, the prejudice they face is not only real, the consequences of them coming out as gay would also ruin both of them financially since the local people will no longer buy their products. He may be in love with Raleigh, though he has never told him that, but he is too much of a realist to believe they will escape without significant damage to their businesses. And running the hardware store, left to him by his parents, is the only thing he can imagine doing for a living. It takes seeing Raleigh’s disappointment about yet another rejection followed by a tornado, to make Gus realize what he may be losing if he cannot get his act together. And then all he can do is pray he will find Raleigh alive after a serious tornado hits town. If you like stories about men who fear to stand up for who they are, only to learn not doing it may be even worse, if the setting of rural Missouri and small-town life appeals to you, and if you’re looking for a short, hot read with enough drama and angst to fill a longer book, then you will probably enjoy this short story

A sweet story of Augustus realizing his feelings for Raleigh are more important than what anyone else thinks about them being a couple. These two men have had feelings for each other since they were high school but hadn’t acted on them at the time. Filled with drama, action, and hot sex between two sexy men and a tornado that almost took them away from each other made for a good read.

Raleigh and Augustus are a couple, but they hide their love for each other. Or, at least, Gus does. He&#039;s black and Leigh is white, and living in a small midwest town makes Gus very afraid of being shunned. But a tornado comes along and he&#039;s confronted with the possibility of losing the man he loves. This book had action, hot sex, and a hilarious grandmother. And being scared of what other people think of you is a very real emotional crisis for a lot of people. This book was very well written, full of emotion.