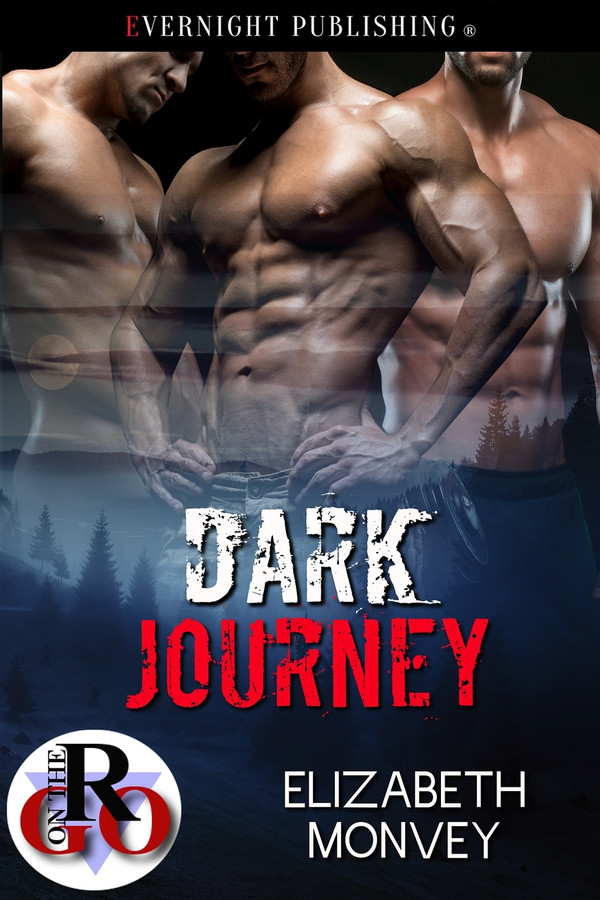 Cax, Alisander and Hark are mated, but the true test of their devotion for each other awaits.

The three warriors must face the challenge of joining the Mercenary Guild.  Since their union is unusual, they must undergo a test, one that will show if they are worthy of being Mercenaries.  A potion sends them into an alternate world where they each must confront an inner demon.

Ali must find his warrior self, Hark is sent to confront the dragon he never got to slay, and Cax can’t stand the thought of losing either mate, until he is sent into a battle with both Hark and Ali needing help.  He must choose one, but how can he?

It is a journey each must face…alone.

“Learning the bow will take years,” Cax reminded him. “Right now, you have to learn to trust the weapon. With trust comes speed.”

Ali curled up his lips as he let the arrow fly. It sailed straight … and completely missed the apple it had been intended for, hitting the tree next to it dead center, instead of the log the apple rested upon.

He stood with one hand on his hip, head cocked in a thoughtful manner, lips pursed as he chewed his bottom lip, staring at the trajectory of the arrow that managed to always stray to the left.

“The positive thing I want to point out is that your arm has gained confidence because the arrows are flying true.” Cax pushed himself from the tree and walked over to where the arrow landed. “As long as we’re fighting apples I think we’ll be okay.”

“Perhaps if I stood to the left, into where the arrow is going, my aim will correct itself,” Ali suggested thoughtfully.

“Go ahead and try it,” Cax replied as he yanked the arrow from the tree and stood back, taking careful safety measures to stand far back from the usual trajectory.

Ali pulled another arrow from the quiver and took careful aim once more, this time turning his body left and into the direction of the off-center aim.

Ali flinched, and the arrow disappeared somewhere in the tall grass beyond his target practice.

“See? Stand angled but not turned around,” Hark replied as if he had solved all the problems.

“Why don’t you go take a long walk way over there?” Ali pointed to an area far away in the opposite direction. Frustration boiled in his tone.

Hark frowned at him. “I’m just trying to help you.”

“Shoo,” Ali said as he waved him away.

Hark opened his mouth to say something, but Ali held up a finger to his lips in a “shh” gesture, so he only gave a grunt before turning to march away, off to the right as he made his way back to camp.

Cax smothered his chuckle. Ali sighed and turned back to the target, turning his body once again into the direction of his aim to try to correct it. Cax watched closely as he kept both eyes open to line up his target and released the string. Unfortunately, the turning into his deficit overcompensated drastically, and the arrow made a wide arc to the right, heading into the direction that Hark had just taken. Cax winced as a surprised yell of pain came from the path.

The three men who became mated because they developed feelings for each other in ‘Dark Journey’ are back in this sequel, and this time they are not facing an external threat, but a test of their inner demons and commitment to each other. Cax is already a Mercenary, but Hark is an ex-lord with an addiction issue and his ex-servant, Alisander, lacks self-confidence as a warrior. Both Hark and Alisander will have to pass the Mercenary Guild’s test if they want to join Cax, and if they don’t make it Cax will have to leave the Guild…. As you can see, the stakes are high. Cax has not exactly made things easy for himself (or anyone else) by picking two mates. The Guild generally frown upon a Mercenary having even one mate (since they are a potential “distraction” to the job), but two? They have to have a secret meeting to come up with a way to see if Hark and Alisander are worthy and whether Cax can deal with being pulled two ways. The test setup is quite ingenious, and the suspense as to whether the three guys will make it is high. Each individual challenge is aimed at the test subject’s weakness, or what might become a weakness in real life as they accept missions from the Guild. It was also good to see these three men interact now that they are mated, and to watch them find out what their new life might be like. If you like sword-carrying heroes whose abilities are tested in an unusual way, if you are interested in strong men who are learning to interact in various ways, and if you’re looking for a slightly suspenseful read set in the alternate realm of a fictional province, then you might like this short story.